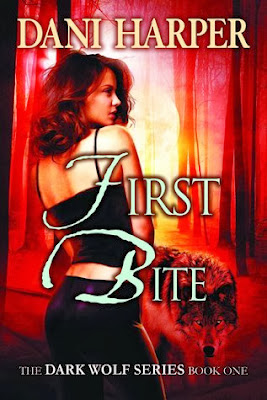 Geneva “Neva” Ross doesn't want to die. But now that she’s been turned into a werewolf against her will, she’ll do anything to protect her family and friends…even if that means taking her own life.

After witnessing Neva’s leap from a high ledge, Travis Williamson—a Changeling with a dark past—uses his powers to save her life. He feels a connection to the strong-willed woman whose eyes flash that familiar Changeling green. While Neva is hospitalized, Travis risks everything to kidnap her, knowing the approaching full moon will put everyone in jeopardy.

Intensely suspenseful with deliciously sexy twists, this paranormal romance—the first in the Dark Wolf series—intertwines sensual passion with an epic, thrilling battle between good and evil.

Review:
Neva was turned into a werewolf against her will and is terrified of turning into a viscous monster like her maker Meredith and the rest of her pack. She managed to escape and is determined to take her own life before the next full moon forces her to make her first change but she is saved by Travis, a natural born changeling. Travis wants to show her that not all changelings are evil and to help her embrace her new life but with Meredith hot on their trail they're going to have a fight on their hands just to survive.

First Bite is the first book I've read by Dani Harper but I loved the humour it contained and am definitely planning on checking out her Changeling series as soon as I get a chance. I think I picked up this book at the perfect time, I was looking for something fun that would be a quick and easy read and that is exactly what I got, the banter between Neva and Travis was fantastic and I really enjoyed spending time with them both. There was plenty of action and drama, particularly in the second half of the book, which made this a real page turner and it didn't take me long to devour the whole book.

I really liked Neva's character and I appreciated the fact that she had such horrified reaction to having been turned into a werewolf. All of her experiences of other werewolves have shown her how monstrous people become after the change and she wants no part of it. She clings to her hatred of her inner wolf to the point of being a little too stubborn about it but I could understand why she felt that way and her reaction was believable to me. With Travis's help she slowly realises that it doesn't have to be that way and starts to come to terms with her new abilities but it takes a long time for her to fully trust him which makes a nice change compared to a lot of paranormal romances.

Travis is a lone wolf who has spent years away from his pack but he is a caring guy who can't walk away from Neva when she needs his help. Changelings have a strong code of honour and Travis is horrified when he learns of the way Meredith has been breaking so many rules by turning people against their will and by killing humans to work her dark magic spells. He is protective of Neva and tries to show her the truth about changelings and how good her life can be if she accepts her inner wolf but he never pressurises her to do anything she doesn't want to. When Neva refuses to go with him he just quietly follows her and watches her back until she accepts that she needs his help. My heart broke for Travis when we learned about his past and discovered why he had exiled himself from his family and I'm really looking forward to (hopefully!) seeing him reconnect with his pack in the next book.

I did have a few minor issues with the story but they weren't enough to stop me enjoying it. I still have some confusion about how Neva was initially changed because she gave two different accounts throughout the book and there were times when I felt Meredith was almost too evil, her actions were so horrific she almost became a comic book villain and it was hard to take her seriously. I prefer my bad guys to have a few shades of grey in them and I found it very hard to relate to her desire for nothing but power. In spite of these problems I really enjoyed First Bite and am looking forward to continuing with the series. Although this is a paranormal romance series the ending suggests that Neva and Travis will continue to be the main characters in the next book and that is something I'm really pleased about, there is so much more to learn about Travis's background and I want to spend more time with them as a couple.