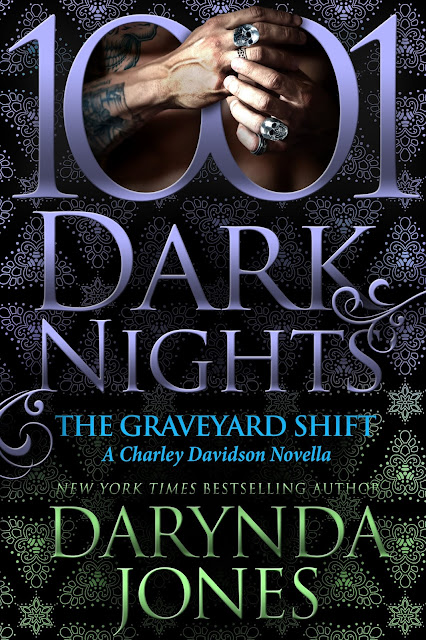 Guarding a precocious five-year-old who is half-human, half-god, and 100% destined to save the world is no easy feat.

Garrett Swopes was the ultimate skeptic until he met a certain hellion and her husband. They vanished after stopping a catastrophic event and left him, a mere mortal, in charge of protecting their gift to mankind. But when she disappears as well, he needs the help of another breed of hellion. One who can see past the veil of space and time. One who betrayed him.

She will get a truce in the deal, but she will never earn his forgiveness.

Marika Dubois’s son—a warrior in the coming war between heaven and hell—was foreseen long before his birth. But to create a child strong enough to endure the trials that lay ahead, she needed a descendant of powerful magics. She found that in Garrett Swopes and tricked him into fathering her son. A ploy he has never forgiven her for. But when he knocks on her door asking for her help, she sees the fierce attraction he tries to deny rise within him.

And Marika has to decide if she dares risk her heart a second time to help the only man she’s ever loved. 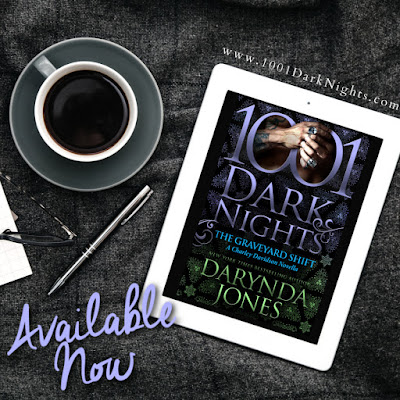 Download your copy today!
Amazon: https://amzn.to/2YPMogG
Amazon Worldwide: http://mybook.to/graveshift
Amazon Paperback: https://amzn.to/3bhLigh
Add to Goodreads: https://bit.ly/3fyb3wy
Excerpt:
Charley Davidson, a god with a penchant for maiming first and asking questions later, was going to kill Garrett. No, that wasn’t right. Charley’s husband, Reyes Farrow, also a god with a penchant for maiming first and asking questions later, would start the whole process by ripping him to shreds, then letting Charley finish him off. Gladly. And with much glee.
Garrett had one job. One. Fucking. Job. Watch his best friends’ daughter, Beep, aka Elwyn Alexandra Loehr, a kid who just happened to be destined to save the world from a catastrophic demon uprising. He was supposed to guard her with his life. To keep her safe. To protect her from all the ghosts and goblins—metaphorically speaking since he didn’t have a supernatural bone in his body—hell-bent on doing her harm before she could prevent said catastrophic demon uprising.
He failed.
Yesterday, at exactly 3:33 p.m., the precocious five-year-old was running across a sun-drenched field of sagebrush and wild grasses when she disappeared right before his eyes. One second she was tripping over, well, absolutely nothing—so much like her mother, it startled him—and the next, she was gone.
If he hadn’t been looking right at her, if his gaze hadn’t been laser-locked on the long, dark tangles cascading down her back, if she hadn’t disappeared between his strategically placed blinks, he would’ve questioned the entire event. But there was simply no doubt about it. She’d vanished into thin air.
The way she disappeared would suggest a supernatural influence, especially considering the fact that she was the daughter of two gods, but her celestial parents had placed a shield over the entire area. No supernatural entity could penetrate it. Was there some loophole they’d missed? Some escape clause they’d overlooked?
Garrett didn’t hesitate. He immediately called in his entire team, but even his most preternaturally enhanced members couldn’t figure out what had happened, and one of them was a bona fide angel. Well, former angel.
After thirty-six hours of scouring every inch of Santa Fe and the surrounding area for even a sign of the little hellion, a storm had rolled in, and the search had to be abandoned. Garrett left his team at the compound, as well as the Loehrs, Elwyn’s grandparents, panicked and scrambling to figure out what’d happened. In the meantime, he went in search of the only woman he knew who could see past the veil of not only space, but time as well.
He had one clue to go on. Elwyn’s last words before she took off across the rugged New Mexican terrain.
Surely, he’d heard her wrong. He prayed he’d heard her wrong as he fought the winds and icy pelts of the desert storm, then raised a fist and pounded on the door of his ex, Marika Dubois.
About Darynda Jones 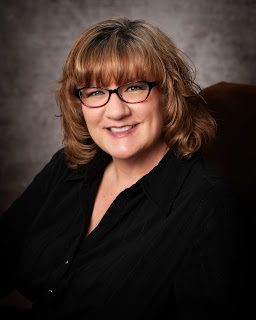 NYTimes and USA Today Bestselling Author Darynda Jones has won numerous awards for her work, including a prestigious RITA, a Golden Heart, and a Daphne du Maurier, and her books have been translated into 17 languages. As a born storyteller, Darynda grew up spinning tales of dashing damsels and heroes in distress for any unfortunate soul who happened by, and she is ever so grateful for the opportunity to carry on that legacy. She currently has two series with St. Martin's Press: The Charley Davidson Series and the Darklight Trilogy. She lives in the Land of Enchantment, also known as New Mexico, with her husband and two beautiful sons, the Mighty, Mighty Jones Boys.