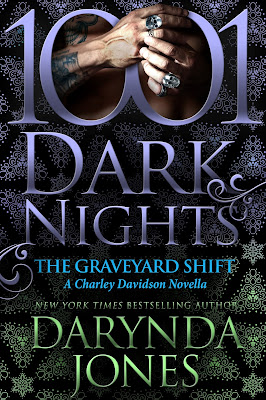 Guarding a precocious five-year-old who is half-human, half-god, and 100% destined to save the world is no easy feat.
Garrett Swopes was the ultimate skeptic until he met a certain hellion and her husband. They vanished after stopping a catastrophic event and left him, a mere mortal, in charge of protecting their gift to mankind. But when she disappears as well, he needs the help of another breed of hellion. One who can see past the veil of space and time. One who betrayed him.
She will get a truce in the deal, but she will never earn his forgiveness.
Marika Dubois’s son—a warrior in the coming war between heaven and hell—was foreseen long before his birth. But to create a child strong enough to endure the trials that lay ahead, she needed a descendant of powerful magics. She found that in Garrett Swopes and tricked him into fathering her son. A ploy he has never forgiven her for. But when he knocks on her door asking for her help, she sees the fierce attraction he tries to deny rise within him.
And Marika has to decide if she dares risk her heart a second time to help the only man she’s ever loved.
**Every 1001 Dark Nights novella is a standalone story. For new readers, it’s an introduction to an author’s world. And for fans, it’s a bonus book in the author’s series. We hope you'll enjoy each one as much as we do.**
Charley Davidson Series:
First Grave on the Right
For I Have Sinned (Novella)
Second Grave on the Left
Third Grave Dead Ahead
Fourth Grave Beneath My Feet
Fifth Grave Past the Light
Shimmer (Free Short Story)
Glow (Free Short Story)
Sixth Grave on the Edge
Seventh Grave and No Body
Eighth Grave After Dark
Brighter Than the Sun (Novella)
The Dirt on the Ninth Grave
The Curse of Tenth Grave
A Very Charley Christmas (Free Short Story)
Eleventh Grave in Moonlight
The Trouble with Twelfth Grave
Summoned to Thirteenth Grave
The Graveyard Shift (Novella)

Review:
Before I start this review I want to give a quick heads up to anyone who hasn't already read the Charley Davidson series. Normally the 1001 Dark Nights novellas are a great way to test out a series or a new to you author but The Graveyard Shift gives MAJOR spoilers for the entire Charley Davidson series and I REALLY wouldn't recommend reading it before Summoned to the Thirteenth Grave. This is a fab series though so if you're new to the world grab yourself a copy of First Grave on the Right ASAP.
Now we've got that out of the way I want to tell Charley Davidson fans that you're going to love this novella. I didn't realise how much I've missed this world until I got the chance to dive right back into it and it was so much fun catching up with characters like Garrett, Cookie, Uncle Bob, Donovan but especially little Beep who is now a five year old ball of energy who likes to keep all her guardians on their toes.
I don't want to give away too much of the plot but Garrett's life gets 100% more complicated when Beep vanishes into thin air and he's forced to go to his ex Marika for help. There is a lot of unfinished business between those two and I'm glad we got to see them resolve things once and for all. I also loved seeing how much Beep takes after her mother and how much chaos one small child can cause considering how many people she has looking out for her. I really can't wait for her to be fully grown so we can start reading her series! Oh and we also got confirmation at the end of this book that we're getting a novella about Amber and Quentin in May 2021 called The Gravedigger's Son which I'm super excited about!