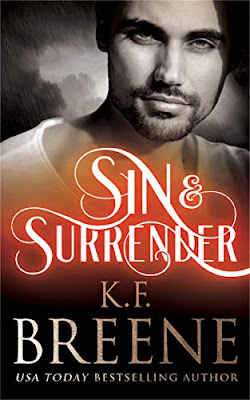 The sixth and final book in the #1 internationally bestselling Demigods of San Francisco series!

It's the moment Kieran and Lexi have been preparing for. The Magical Summit.

Ready or not, they will take their assembled team into the belly of the beast. The stakes couldn't be higher. If the powers that be don't approve of Kieran, he will not earn the official title of the Demigod of San Francisco.

The real danger concerns Lexi, however. With Kieran away in meetings, she must brave the treacherous halls of the Summit with just her crew and her wards, fighting for social placement and status, open to attack from all angles.

She could've never expected what comes at her. No one could've.

Prepare yourself for this epic conclusion to the Demigods of San Francisco series!

Review:
The time has come for Alexis and Kieran to face off with the other Demigods at the Magical Summit. Kieran has to prove his worth if he wants to keep his position in San Francisco but with Lexi's magic in high demand the whole team have to prove themselves capable of defending themselves and if they can't they'll be picked off one by one as the other Demigods try to steal them for their own teams. The stakes have never been higher and they only have a limited time to show the world they're not to be messed with.

As sad as I am to reach the end of this series I'm very happy to say it ends on a high note (I still have hopes that we'll get more books in this world though, even if they're about the other members of the crew with Lexi and Kieran no longer the main characters!). It's hard to review a series finale because you want to encourage new readers to start their journey in this world without giving spoilers (don't do that here please, but I'd highly recommend checking out the first book, Sin and Chocolate) but you also want to let series fans know what to expect. To be fair anyone who has read the previous books already knows what they're going to get in this series though and Sin and Surrender won't disappoint. There is action and intrigue, witty banter between the main team, more romance between Leix and Kieran plus we get to see Daisy and Mordecai show the magical elite exactly what they're made of.

It would be too easy to spoil the final story if I go into much more detail than that but trust me, if you enjoyed the rest of the series you're going to love every minute of this book. Although this is a finale of sorts I'm convinced there is more to see in this world and I really, really hope that we're going to get books about the rest of the crew, there are just too many fantastic side characters to let them go to waste!