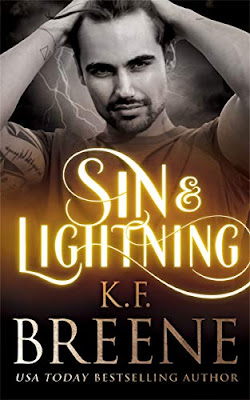 One thing has become incredibly clear to Alexis and Kieran, if they hope to last in the arena of Demigods, they'll need a more robust defense team.

They must take two incredibly dangerous journeys, seeking the prized talents other Demigods would kill for. Except, there is a reason other Demigods don't have these magical workers--they are as ruthless as they are dangerous, and the last thing they want is to be on a Demigod's team.

If that isn't enough, Alexis has received an invitation from Demigod Lydia, the only Hades Demigod who hasn't openly declared war. She's talking like they could be allies, but those of Hades cannot be trusted. A trap is just as likely as a handshake. Still, it's a chance they must take.

Any one of these trips could be their last, but to back down would be the most dangerous of all.

Review:
This series is honestly just getting better and better with each instalment. With Kieran trying to cement his place as the demigod of San Fransisco he needs to prove that he's powerful enough to hold the territory. He already had a strong team with his six but he still needs other powerful allies and preferably to get at least one of the other demigods on his side if he wants to protect not just the territory but also Lexi and her wards. Lexi has unusual but powerful magic and if Kieran can't prove himself then the other demigods are going to start fighting to steal her from him.

Lexi knows that Kieran needs more powerful magic users on his team and with the help of Bria she is determined to help him recruit some. Of course this involves putting herself in danger but she has a unique way of looking at the magical world that could be key in convincing some people that Kieran is a demigod worth allying themselves with. I actually really enjoyed seeing Lexi tracking down potential team member, she's really good at connecting with people and she will fight to the death for anyone she considers a friend or family member. There are some fab new additions to their team that we get to meet here and I'm really looking forward to learning more about them as the series continues.

However it isn't all plain sailing, and some enemies are very good at hiding their evil intentions. The whole team faces a lot of danger in this instalment and there were some heart stopping moments when it all comes to a head towards the end of the book. Things are definitely ramping up and I think the action is only going to build up even more as the series continues. It's definitely going to be interesting when we get to meet the rest of the demigods and I can't wait to see how much chaos Lexi and Kieran cause at the upcoming meeting. This series has definitely become a favourite and I'm sure fans will love this latest instalment!