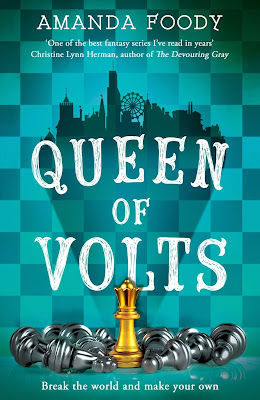 Return to the City of Sin, where the final game is about to begin… and winning will demand the ultimate sacrifice.
Only days after a corrupt election and brutal street war, one last bloodthirsty game has begun. The players? The twenty-two most powerful, notorious people in New Reynes.
After realizing they have no choice but to play, Enne Scordata and Levi Glaisyer are desperate to forge new alliances and bargain for their safety. But while Levi offers false smiles and an even falser peace to the city’s politicians, Enne must face a world where her true Mizer identity has been revealed… and any misstep could turn deadly.
Meanwhile, a far more dangerous opponent has appeared on the board, one plucked right from the most gruesome legends of New Reynes. As the game takes its final, vicious turn, Levi and Enne must decide once and for all whether to be partners or enemies.
Because in a game for survival, there are only losers…
And monsters.

Review:
Queen of Volts is the action packed conclusion to Amanda Foody's Shadow Game series. It pics Enne and Levi's story not long after the end of the previous book and they're both struggling to deal with the emotional fallout of everything they've been through. Their relationship is more strained than ever and the trust between them has been completely broken so rather than working together they're now each choosing their own paths. You'll have to read the book for yourself to find out if they manage to work things out or not but there were definitely moments where I wanted to bang both their heads together.
Although the initial game has ended a new, and even more deadly, one has started with all of our favourite characters being forced into taking part. The stakes have never been higher and it's very unlikely they'll all come out of this alive, especially if they can't find a way to work together against a common enemy.
I'm keeping this review deliberately vague because I'd hate to spoil the story for anyone but there was so much action the story kept me on the edge of my seat. While I didn't always agree with the choices some of the characters made it was always easy to understand why they did what they did. We get a few extra points of view in this book which meant we were able to see things from even more angles and that also helped unravel a few secrets and tie some of the ongoing plot threads together.
This was a great conclusion to the series and I'll definitely be waiting eagerly for whatever Amanda Foody publishes next. 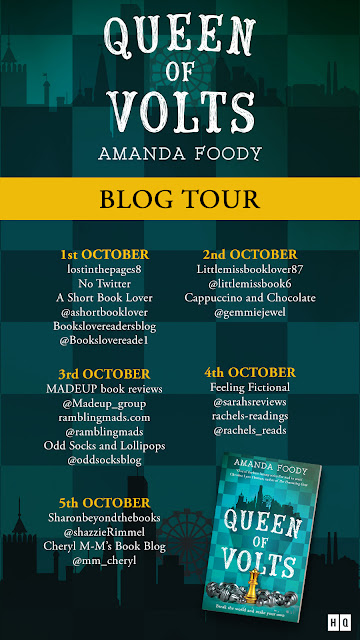