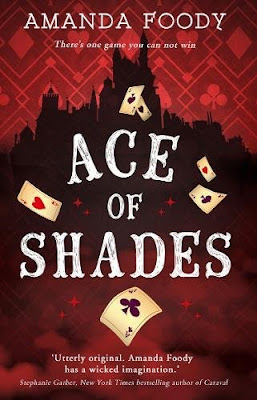 Take a card. The price is your soul.
Welcome to the City of Sin, where secrets hide in every shadow.

Enne Salta was raised as a proper young lady, and no lady would willingly visit New Reynes, the so-called City of Sin. But when her mother goes missing, Enne must leave her finishing school―and her reputation―behind to follow her mother's trail to the city where no one survives unchanged.

Frightened and alone, her only lead is a name: Levi Glaisyer. Unfortunately, Levi is not the gentleman she expected―he's a street lord and con man. Levi is also only one payment away from cleaning up a rapidly unraveling investment scam, so he doesn't have time to investigate a woman leading a dangerous double life. Enne's offer of compensation, however, could be the solution to all his problems.

Their search for clues leads them through glamorous casinos, cabarets and into the clutches of a ruthless society. As Enne unearths an impossible secret about her family, Levi's enemies catch up to them, ensnaring him in a vicious execution game where the players always lose. To save him, Enne will need to surrender herself to the city…

And she'll need to play the game.

Review:
Enne has spent her entire life learning to be a proper young lady and if she can just get through her final year of finishing school she'll be able to come out to society and have her debut. It's everything she's ever wanted but when her adoptive mother goes missing during a trip to New Reyes, the City of Sin, Enne puts her life on hold to go and find her. Enne is completely out of her depth from the moment she sets foot in New Reynes, it's a city of violent street gangs, criminals and casinos and it doesn't take long for Enne to lose everything she owns.

Her only potential ally is Levi, the last name her mother mentioned to her before her trip, but Levi isn't the successful business man she is expecting but instead he's a gang lord who doesn't seem particularly trustworthy. Levi has problems of his own trying to scrabble together enough funds to pay off an impossibly large dept but when Enne promises to pay him for help finding her mother he reluctantly agrees and they soon form a partnership.

I really enjoyed Amanda Foody's debut, Daughter of the Burning City, so of course I wanted to read Ace of Shades from the minute I first heard about it. I've seen a lot of people comparing this story to Six of Crows but I have to say I think that's a little misleading, yes both stories are both about gang leaders trying to get one up on an enemy but Levi is a totally different kettle of fish to Kaz, I liked him but he didn't have Kaz's charisma and he certainly didn't seem as in control and on top of things. While I think this series has a lot of potential and we could well see Enne and Levi working together to pull off a massive con job in future books this story is more about them getting to know each other and for us to see just how badly their lives are spiralling out of control.

The Enne that arrives in New Reynes is naive and innocent but she's also a survivor who will do whatever it takes to find her mother so she quickly finds herself crossing lines that she'll never be able to step back from. Levi isn't managing to hold his gang together very well right now so we don't get much of the group camaraderie that I was expecting, in fact this story has a pretty small cast and Enne ends up proving herself far more badass than Levi is. I actually liked that Levi had a vulnerable side and wasn't completely perfect but I think he needed to prove himself a little smarter to make it believable that he'd ever become a gang lord in the first place. Jac and particularly Lola are great characters so I hope they have big roles in the next book and I'm definitely looking forward to seeing what happens next because the twists were out in force towards the end of the story.


Don't forget to check out the other stops on the Ace of Shades blog tour: 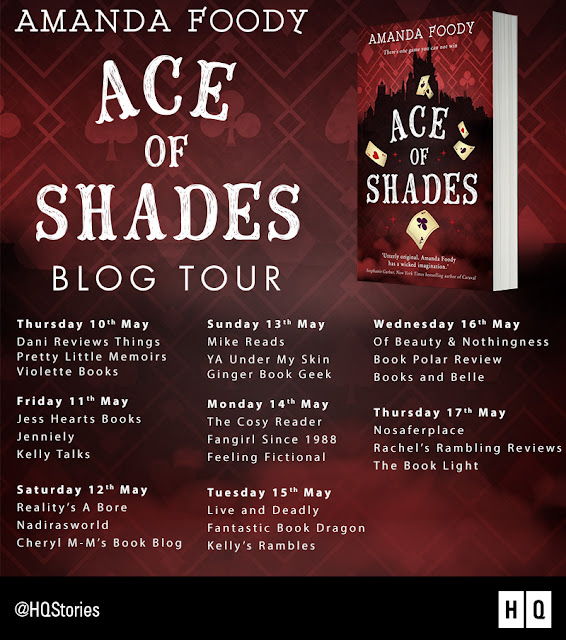