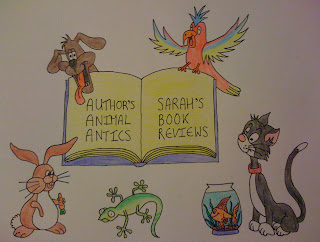 Author's Animal Antics is a new regular blog feature here at Sarah's Book Reviews where I'm very excited to have some fantastic authors come and chat to us about their pets.  I'm thrilled to introduce the lovely Stella Price as my guest today... 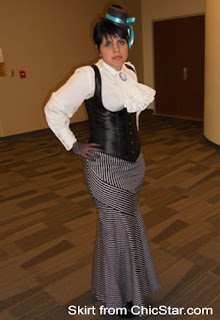 I don’t need kids. I have a Moo.  Every morning I get up and walk into my living room and smile at my Moo. He looks at me from the couch, growls, then goes back to sleep. This is a daily occurrence. Moo is a temperamental Chihuahua that thinks he owns the world, which is probably my mothers doing.
His eyes glow red at any time, which just proves to me he is the devil, LOL. Like all dogs, he smells because he finds gross things to roll in, and he has the worst gas in all creation, worse then my friend’s cat’s farts. Yes I said it. But why is Moo the best? Because Moo thinks he is human and he’s extremely neurotic. 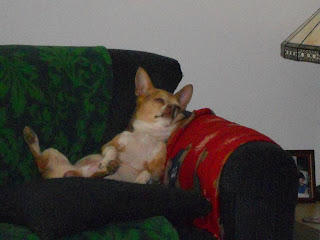 Moo sits up when he sleeps, with his legs straight out. He sits on the couch or the lazy boy, and watches TV. He doesn’t like anyone sitting in his spot, but will pretend its ok till you get up and he can steal it, to steal the warmth. For some reason everyone loves the Moo. My grandparents carry pictures of him with them and they show people. My friends and my sister call and ask about him. He’s more popular then me.


And that neurotic thing? Well he wont leave the house without his harness on. I can leave all the doors open to my place and be standing outside beckoning him, but unless he’s got his harness on he wont step through. So Moo has a security harness, like Linus has a security blanket. He hates leaving his own house, and pisses a fit when we take him anywhere. In the car he likes to sit in the center of the back seat. Still not sure why, but its kinda funny seeing him there, snarling and grumbling. 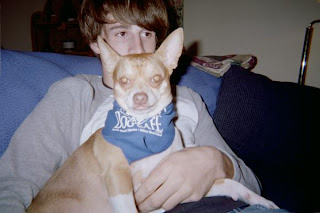 And snarl and grumble he does a lot. When you walk into my house he will jump on you, stand above you and growl at you. No, he’s not challenging you, and no he’s NOT being mean, Moo has a lot to say. He doesn’t like his picture being taken, and he is vocal about it. He doesn’t like taking baths, and again, he’s vocal about it. Mostly, he bitches and complains about anything that doesn’t go his way. See? Like a child, or an old man, as I keep comparing him to as he’s now 8 years old and set in his ways.
Moo doesn’t do commands, he is above that. He’s his own “person” and nothing is going to change that. As you can see, Moo is not a little chichi. He’s what is called a “Standard” and should weigh about 10 lbs. He weighs 15. Blame THAT on my grandparents. When they come over it’s a never-ending processional of treats and goodies for him. Which is probably why he likes them so much. 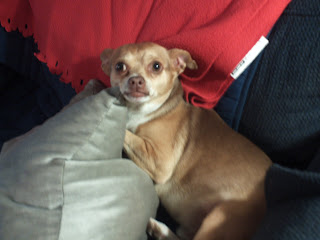 Wow, sounds like Im bitching about him aren’t I? Im not. Moo is a special dog, and special to me. Almost 8 years ago, my mum rescued him from some complete asshole that was going to turn him out into the February night to freeze to death. I know theres a special place in hell for that dipshit, and I know that Moo dodged the bullet with my mum saving him. I cant imagine my life without The Moo. Hes… Hes precious when he wants to be, and when Im not feeling good, hes the one that stays with me and snuggles, making me feel better. I have given up a lot for him, last Feb he had a tumor they had to remove and I spent the better part of a Month only sleeping 4 hours a day because he wouldn’t wear the cone and his head was healing. I wouldn’t do that for my Hunny, but I do it for my dog. Truth is, I do anything for my dog.

Thank you so much for visiting today Stella!  Stella Price writes with her sister Audra and together they have written among others the popular Eververse, Dragon Elementals and Weresnakes series.
Find out more about Stella and her work here - Website / Blog / Twitter
For more information about the Author's Animal Antics feature click here
at 09:01