I think you'd have to have been hiding under a rock yesterday to miss the excited fangirl screaming from thousands of Leigh Bardugo fans when she announced a new book in the Grishaverse. This isn't just any old Grisha book either, it's Nikolai Lantsov's book! He's a character that most Leigh Bardugo fans have been obsessed with since he first cropped up in the Shadow and Bone trilogy and I for one am insanely excited that we're finally going to get his story.

If you want all the details you can find them on ew.com or watch the amazing trailer below!

The book is called King of Scars and here's the official summary from Macmillan:

Nikolai Lantsov has always had a gift for the impossible. No one knows what he endured in his country’s bloody civil war—and he intends to keep it that way. Now, as enemies gather at his weakened borders, the young king must find a way to refill Ravka’s coffers, forge new alliances, and stop a rising threat to the once-great Grisha Army.

Yet with every day a dark magic within him grows stronger, threatening to destroy all he has built. With the help of a young monk and a legendary Grisha Squaller, Nikolai will journey to the places in Ravka where the deepest magic survives to vanquish the terrible legacy inside him. He will risk everything to save his country and himself. But some secrets aren’t meant to stay buried—and some wounds aren’t meant to heal.

Are you excited yet? Unfortunately we have to wait until 2019 before we'll be able to read it but I just know it's going to be worth the wait!! 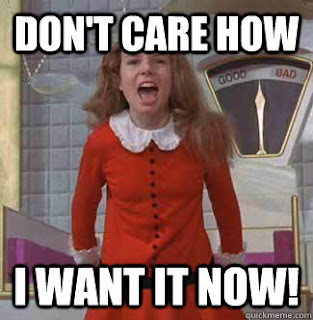