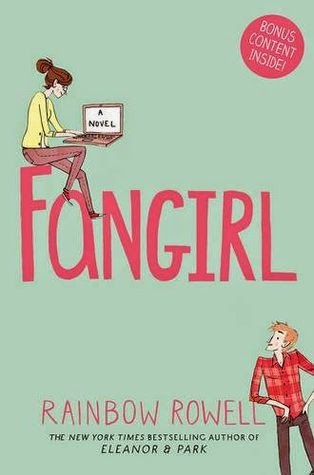 Cath and Wren are identical twins and until recently they did absolutely everything together. Now they're off to university and Wren's decided she doesn't want to be one half of a pair any more - she wants to dance, meet boys, go to parties and let loose. It's not so easy for Cath. She would rather bury herself in the fanfiction she writs where there's romance far more intense than anything she's experienced in real life.

Now Cath has to decide whether she's ready to open her heart to new people and new experiences, and she's realising that there's more to learn about love than she ever thought possible . . .

A tale of fanfiction, family and first love

Review:
Identical twins Cath and Wren have always done everything together but now they're heading off to college Wren is determined to follow her own path and that doesn't include hanging out with her sister. Wren is the outgoing twin, the one who is excited about meeting new people and going out having fun but Cath is the opposite, she is introverted, shy and struggles to make friends. Cath is happier spending her time alone in her room writing fanfiction but now she no longer has Wren as a shield from the outside world she is forced to reconsider her life. Can she be brave enough to face the world without Wren? Does she have what it takes to stand on her own two feet?

Rainbow Rowell is one of those authors that appeared on the scene and was an immediate success, I have so many friends who have raved about all of her books and I was excited to give one a try. I was a bit nervous that my expectations might be too high but I'm happy to say I was pleasantly surprised and I really enjoyed reading Fangirl. This is a fantastic coming of age story and I really enjoyed seeing Cath grow as a person as she got used to living without Wren by her side as a constant emotional crutch. The relationship between the two sisters was incredibly well written, there were times when I found myself annoyed with Wren and the way she could be so dismissive of Cath but at the same time I could understand her need to live her own life. They have spent their whole lives as half of a whole and for the first time they are experiencing freedom - not just from the normal parental rules but the freedom to discover who they are deep down inside. The freedom to experiment and to start to discover what they really want from life. It's not easy to balance being a good sister and being their own person, Cath tends to cling to hard to her sister where Wren does the opposite and pushes Cath away and they have to try and figure out something that works for them both.

While I liked the relationship between the sisters I think what I enjoyed most was seeing Cath slowly start to come out of her shell with the help of her room mate Reagan. Cath is so used to spending her time writing Simon Snow fanfiction and most of her friends are people she only knows online so it is hard for her to know what to make of Reagan and her best friend Levi. No matter how hard Cath tries to ignore them they are constantly there in her life asking questions and forcing her to interact with them. Cath is pushed out of her comfort zone, she is awkward and utterly clueless in a lot of ways but she is incredibly sweet and endearing at the same time and I loved seeing her grow throughout the story. Reagan and Levi's characters were both fantastic and I loved spending time with all three of them.

I have to admit that I wasn't a fan of the sections we got to read from Cath's fanfiction and if I'm completely honest they actually bored me. I'm the first to admit I'm a geek, there are so many things I love to fangirl over but I've never really been into the whole fanfiction thing - probably because there are so many new books and worlds out there that I want to explore and I would rather just read the author's original stories than wade through someone else's interpretation of things. I've got nothing against fanfiction and I know it's incredibly popular but it's just never appealed to me. I think Cath and I are just different types of geek and there is nothing wrong with that, there was enough about her that I found easy to relate to so even though I wasn't interested in the story she was writing I was interested in HER story.

Fangirl is a great story about discovering who you really are, it's about learning to accept our differences and understanding that they don't matter. It's about being proud of who we are and most of all it's about learning to live in the moment, taking the time to appreciate what is going on around us rather than hiding away behind a computer screen. It's about standing on our own two feet, meeting new people and making new friends but proving that you don't have to change who you are deep inside to find your niche in the world. This is a fab book and I'm definitely looking forward to reading more from Rainbow Rowell in the future. 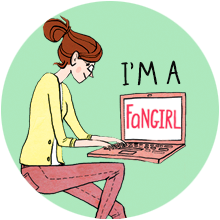