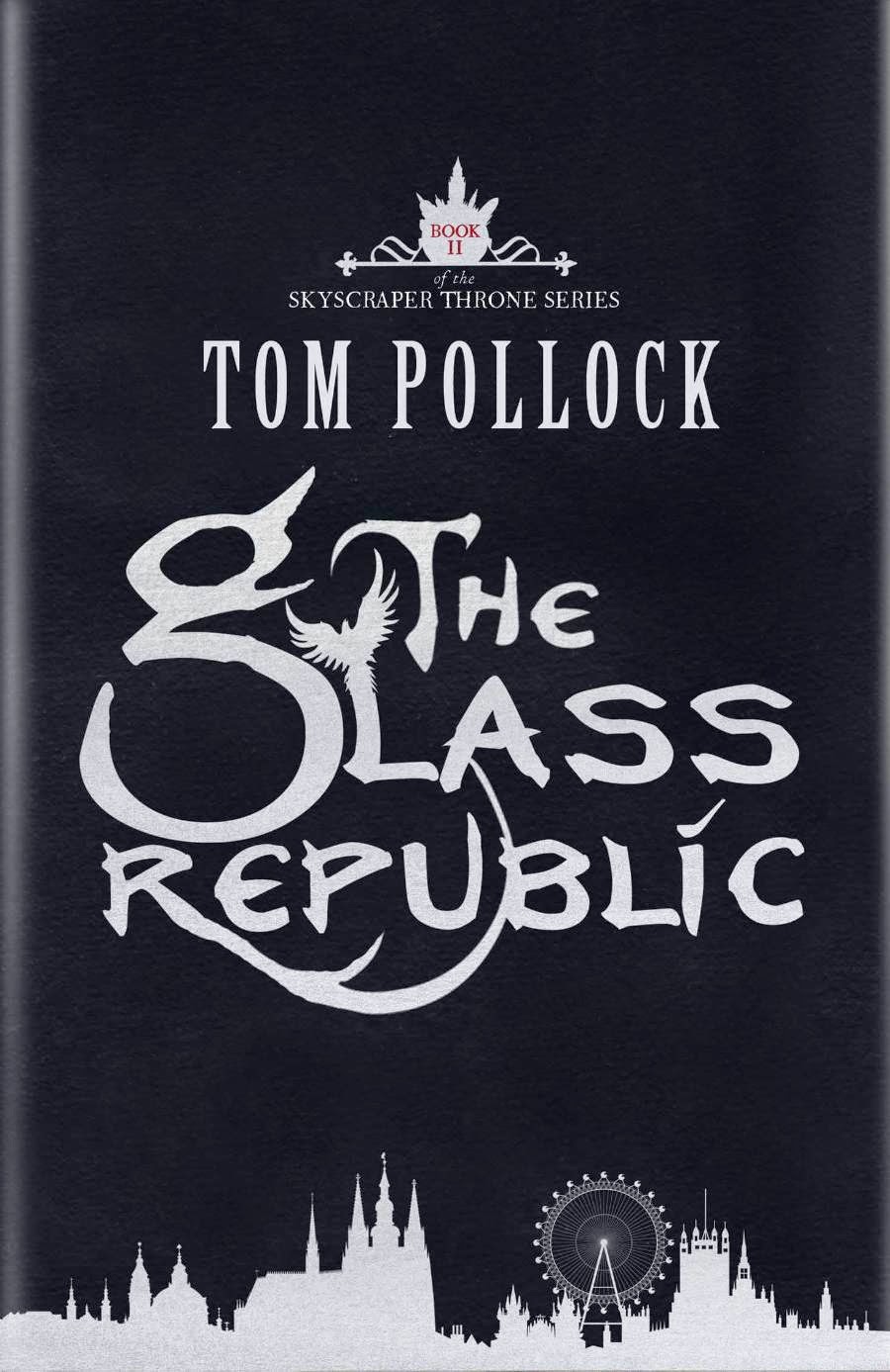 Pen's life revolves around secrets: the secrets behind her three-month disappearance from school last winter, the secret cause of the scars that mar her face, and, most secret of all, her twin sister Parva: her doppelgänger in London-Under-Glass, the city behind the mirrors.

Pen's trying to forget Reach, Filius Viae and the Wire Mistress and get back to normal life, but when Parva vanishes, she has no choice but to seek out London's stranger side. And when Pen journeys through the mirror, she finds a world where scars make you beautiful and criminals will kill you for your face - a world in which Pen's sister was keeping secrets of her own . . .

The Skyscraper Throne Series:
The City's Son
The Glass Republic
Our Lady of the Streets

Review:
I absolutely loved The City's Son when I read it last year, Tom Pollock has created one of the most unique and fascinating worlds that I've read about in a long time and his imagination is astounding so I was excited to see where he would take us next in The Glass Republic. Where the first book was mainly focused on Beth this sequel definitely gives her best friend Pen a chance to shine. Pen was my favourite character in the first book so I was really looking forward to seeing more of her in this one, especially after everything she went through at the hands of the Wire Mistress in the last book.

Pen is now back at school but the huge amount of physical scarring left by the Wire Mistress has made her something of an outcast. Everyone wants to know what happened to her but there just isn't any kind of logical explanation that she can give them and telling the truth would be likely to get her sectioned. The only thing keeping her sane is the conversations she has with her doppelgänger Parva who is living in London-Under-Glass. Pen and Parva can only keep in contact through mirrors but when Parva goes missing Pen is determined to find a way through the mirror so that she can find the girl she considers her sister.

If you thought the world building was good in The City's Son you are going to be amazed with the London-Under-Glass that Tom Pollock has created. It is a world created from reflections so you might think that it will be a mirror image to our own version of London but you'd be very wrong about that. I really don't want to spoil the surprise by giving too much away so I'll just tell you that it was completely fascinating and incredibly well written. I really would like to be able to get a peek inside this author's head because I'm pretty sure it would be a very interesting (if slightly terrifying!) place to explore.

Pen's character has been through so much but she has come out the other side stronger than ever, she is desperate to find out what happened to Parva and she is willing to risk everything in her search for answers. We are introduced to some fab new characters, I loved the relationship that develops between Pen and Estel in particular, but we also get to keep an eye on the ones we've already met. Beth is continuing to grow into her new role and the changes we see in her are fascinating. In the first book we saw Pen searching for Beth but in this one there is a reversal of roles and it is up to Beth to come to Pen's rescue.

The Glass Republic is a brilliant second novel, it's just as dark as the first book but still has the humour needed to balance out the heart breaking events. I think I actually enjoyed this story even more than the first one which is incredibly unusual when it comes to second books in a trilogy. I absolutely can't wait to start reading Our Lady of the Streets to see how both Pen and Beth's journeys end and I'm incredibly curious to discover what new surprises Tom Pollock will throw our way - I'm sure he still has a few tricks up his sleeve!