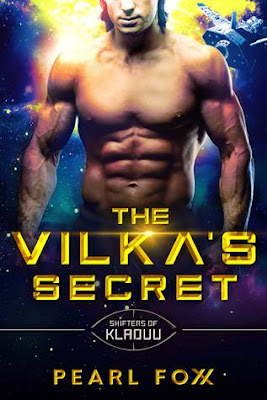 Maeve Delgado is a genius astrophysicist living aboard a space station on the frontier of deep space. She teeters on the brink of discovering the first wormhole, which would open a gateway to a new galaxy for human exploration.

Flight Corporal Noaz is an alien shape-shifter from the secret planet of Kladuu, assigned to patrol the borders of his people’s airspace. Spending years in space alone has left Noaz lonely and withdrawn.

But when Noaz hears Maeve’s panicked distress call, his choice isn’t so simple. And he’s never been one to follow the rules.

Review:
Maeve is an astrophysicist working on an exploratory station in deep space, she has become obsessed with some statistical anomalies that she believes are signs of a wormhole. Wanting to prove her research is correct she steals a ship to go out and get further data. The last thing she expects is to get sucked into the wormhole and end up being the first person to discover a new galaxy. Noaz is an alien whose job is to patrol his galaxy's side of the wormhole and prevent any humans from coming through. After watching humans destroy planet after planet he knows they can't be allowed to learn of the existence of his galaxy and his home planet Kladuu but when he picks up Maeve's distress call things get much more complicated.

The Vilka's Secret is a free prequel novella to Pearl Foxx's Shifters of Kladuu series (you can download your free copy from Instafreeebie). The story was a good introduction to the series and definitely left me wanting more but it's quite short so the romance develops quite quickly and we don't get to see a lot of world building. I liked both Maeve and Noaz but I'm really hoping this isn't the end of their story because they don't really get a HEA here. I'm assuming that we'll see more of them both as the series continues though so I don't mind not having resolution to their story yet.

Source: Downloaded for free from https://www.instafreebie.com/free/yM6q6