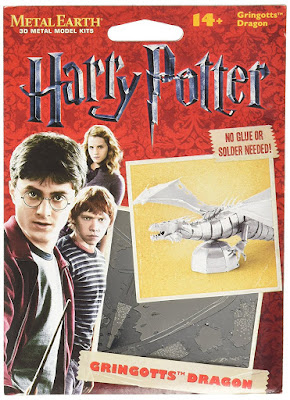 From steel sheets to museum quality 3D models. Simply pop out the pieces and connect using tabs and holes. No glue or solder needed! Parts can be easily clipped from the metal sheets, tweezers make an ideal tool for bending or twisting the connection tabs. Packaging contains: 2 metal sheets and illustrated instructions

Review:
I've never made a model like this before but I'm a huge HP fan and I collect dragons so I couldn't resist this kit! The kit contains 2 sheets of metal with all the pieces you'll need to make the model, and a full instruction sheet. It recommends using proper tools like needle nose pliers and clippers to help remove the pieces from the metal sheets they come in but to be honest I didn't want to pay out the extra money when I wasn't sure the tools would be used again in the future. 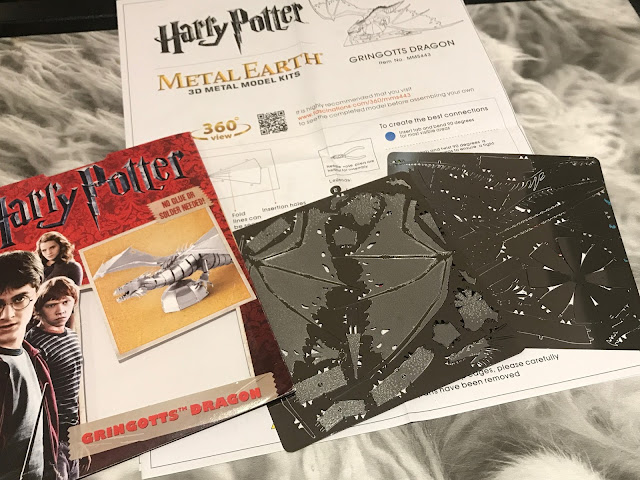 It could possibly have made my life easier if I'd had the correct tools but I managed to build this kit using a couple of pairs of tweezers and a sharp crafting blade to cut the metal (please be very, VERY careful if you do the same thing as it would be incredibly easy to slice your finger open!). To be honest you need to be a little careful anyway because the tiny pieces of metal do have quite sharp edges and my fingers ended up with loads of tiny little cuts from building this dragon. I also used a variety of sized pens, pencils and even a metal kebab stick to bend the metal around to get the curved edges I needed. 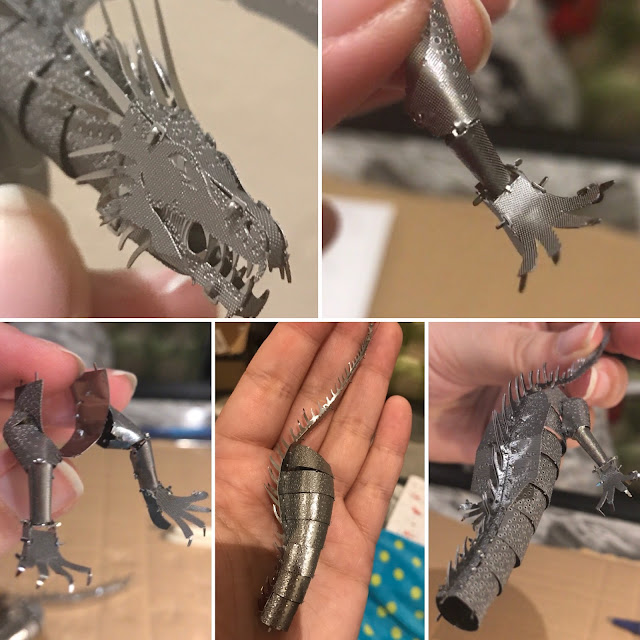 Like I said I've never made anything like this before so I had no idea where to start but the instructions were clear and easy to follow. It was quite fiddly at first but once I'd got used to how to bend the metal it got much easier and, apart from the legs (I never did manage to get all the tabs in place for the knee joints!), I found it fairly easy to work out how to slot everything together. 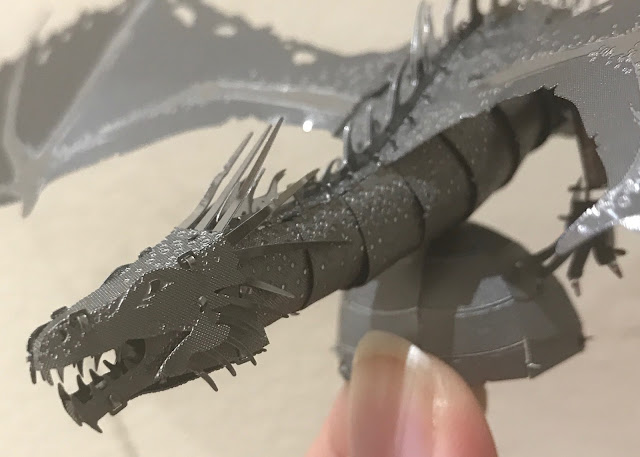 It was great to see the dragon slowly come to life as I built it and I'm really pleased with the finished results too, the dragon looks great on my Harry Potter shelf! 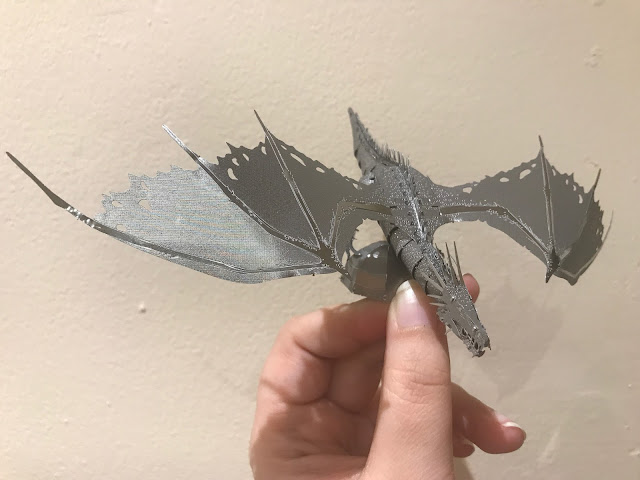 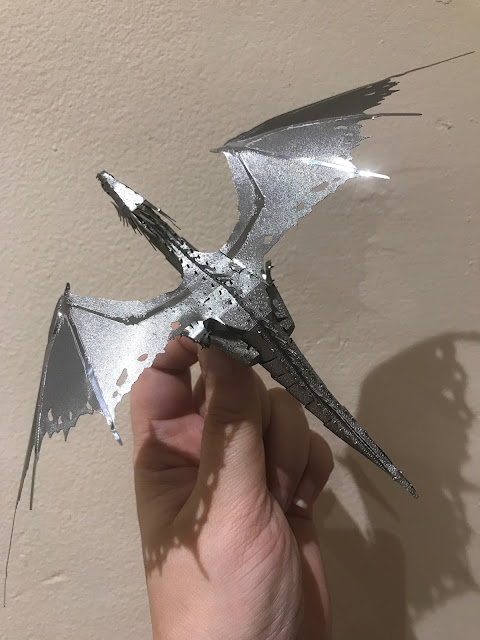