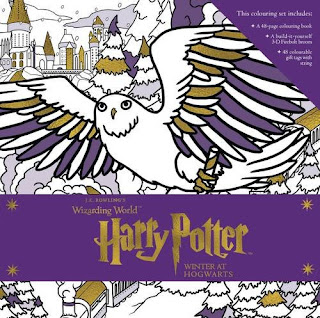 An interactive colouring set featuring everything needed for Harry Potter fans to explore the colour of the winter season and share it with friends and family.

From the snowy Great Hall to the Yule Ball, the winter season at Hogwarts is truly magical. This fun, interactive set features everything Harry Potter fans need to explore the colour of the season. Items include:

--A 48-page booklet featuring line art of special moments from the Harry Potter films, including Harry unwrapping his Firebolt (a gift from Sirius Black), Harry and Ron opening their jumpers from Mrs Weasley and snowy Hogsmeade.

--A special, do-it-yourself, 3D wood Firebolt ornament from IncrediBuilds. Instructions for assembly and ideas for how to paint your ornament included.

--48 colourable gift tags, perfect for sharing the magic of the Harry Potter films with friends and family.

Review:
This is a lovely set for any Harry Potter fan, it comes in a gorgeous keepsake box that's made from sturdy cardboard and decorated with a lovely winter scene of Hedwig flying across the Hogwarts grounds. The box is about 16 x 16 x 5 cm so it's not huge but it's big enough to store smaller items in and it's great quality so will last a long time. 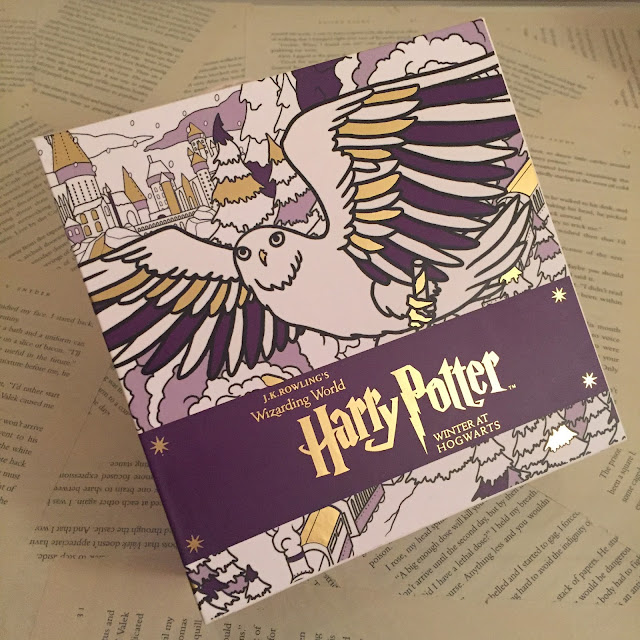 Inside the box you'll find a 48 page colouring booklet with scenes from the movies (like the Yule Ball or Christmas in the great hall) and the various house crests. These are line drawings so not as detailed as pictures you can find in some adult colouring books but they're all nice images and will look great when coloured in. The paper is fairly thick but there are designs on both sides of the page so you'll need to be a bit careful if you're colouring in pen to make sure you're not going to get any bleedthrough, it might actually be safer to use pencils or at least do a colour test before starting. The pages can be easily removed from the book so you can display the finished pictures. 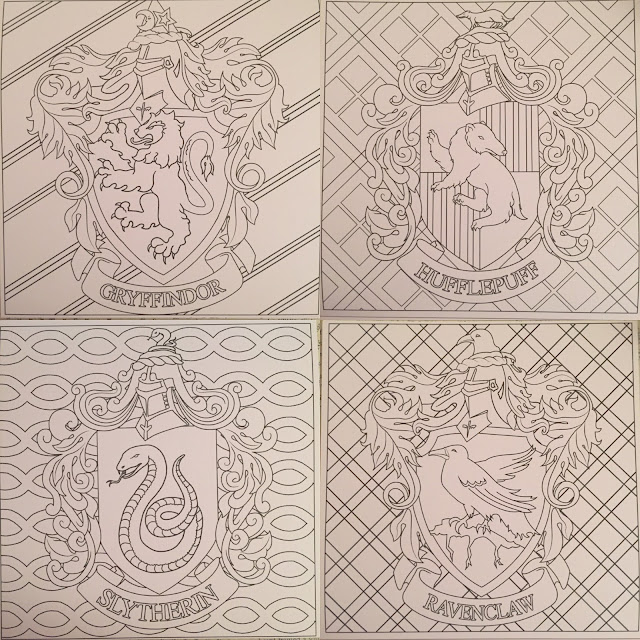 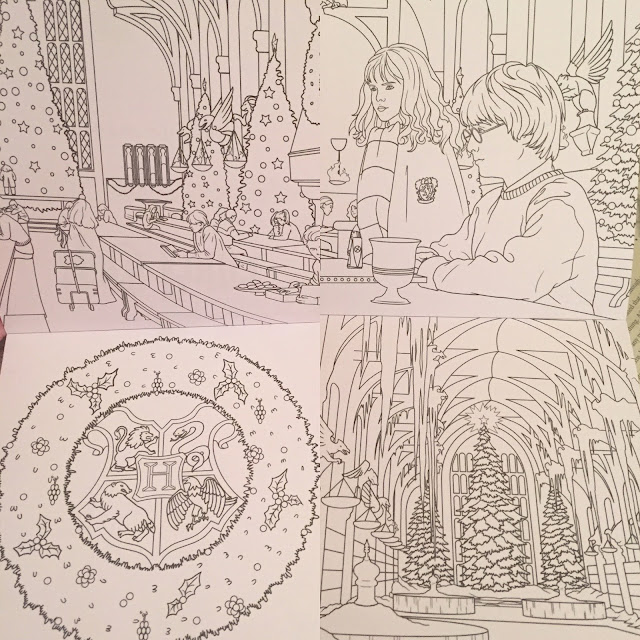 Also included in the box are 48 gift tags you can use to label presents for any Harry Potter fans in your life. I get that it's a bit of a weird thing to include if you were planning on giving this set as a Christmas present but it's such a lovely keepsake I don't think any Potterheads are going to be disappointed. The gift tags are printed on beige card and come in 12 different designs (you'll receive 4 of each). The designs include the 4 house crests, and various other easily recognisable Harry Potter images. The tags have space on one side to write who the present is to and from and on the back they have the same image repeated but slightly larger. The box set also includes red thread that you can use to attach them to presents.

The last item in the set is a 3D build your own Firebolt kit which was fun to make but be warned it is fairly delicate (I already manage to snap one piece but luckily was able to glue it back together!). The pieces to make the Firebolt are on one piece of wood that's about the size of a credit card and it's a little fiddly to get the smaller pieces out so you may want to use something like a toothpick to poke them free. You can decorate the Firebolt before putting it together if you want to and that's something I may come back to. The finished item is small but it has a tiny hole in it so you could use some of the thread included to turn it into a Christmas decoration or it's just about the right size to stand with your Harry Potter funko collection (funko not included!). 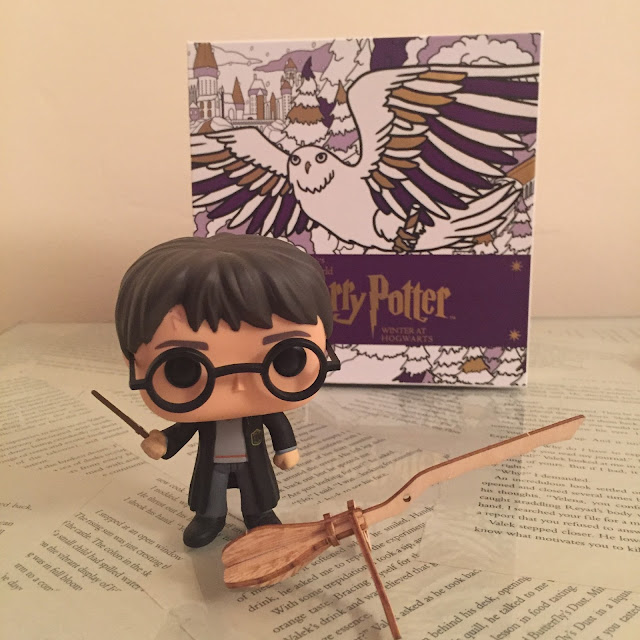