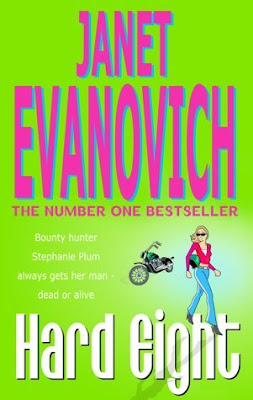 The stakes get higher, the chases get faster, and the men get hotter

Bounty hunter Stephanie Plum has a big problem. Seven-year-old Annie Soder and her mother Evelyn have disappeared - and estranged husband, Steven, shady owner of a seedy bar, is not at all happy. Finding a missing child is an unusual assignment, but as a favour to her parents' neighbour, Evelyn's grandmother, Stephanie agrees to follow the trail - and finds a lot more than she bargained for.

The case is somehow linked to the very scary Eddie Abruzzi. Both cop Joe Morelli, Stephanie's on-again, off-again fiance, and Ranger, her mentor and tormentor, have warned her about Abruzzi - but it's Abruzzi's soulless eyes and mannerisms that frighten her most. Stephanie needs Ranger's expertise, and she's willing to accept his help to find Annie even though it might mean getting too involved with him. Also with her are Lula (who's not going to miss the action) and Albert, Evelyn's almost-qualified lawyer (and Laundromat manager). The search turns out to be a race between Stephanie's posse, the True Blue Bonds' agent - a Rangerette known as Jeanne Ellen Burrows - and the Abruzzi crew. Not to mention the killer rabbit on the loose!

Get ready for the ride of your life with Stephanie's funniest, most riotous misadventure yet. The world of Plum has never been wilder.

Review:
Stephanie has a slightly different challenge to face in this instalment - she's been asked to track down a missing young girl on behalf of her very worried grandmother. Unfortunately the search puts her in the sights of Eddie Abruzzi, a nasty piece of work who is in business with the child's father. As the danger ratchets up a notch and Morelli continues to keep his distance after their latest fallout it's up to Ranger to come to Stephanie's aid when she needs him the most.

This series is just so much fun to read, I don't care that Stephanie is the world's worst bounty hunter who can't hold onto a pair of handcuffs for more than five minutes and who manages to get her cars blown up on a pretty much daily basis. Let's face it the worse Stephanie is the more excuses she has to call Ranger or Morelli in for help and that's never going to be a bad thing in my eyes!

These stories aren't meant to be taken too seriously but they are fantastic light entertainment. I pick up these books when I want something that is going to put a smile on my face, they never fail to make me laugh out loud and I just love Stephanie and the crazy people she surrounds herself with. Hard Eight sees her love life get even more complicated which makes for brilliant reading. Things are in the off-again position with Morelli but that just allows Ranger to finally make his move and bow chicka wow wow has that been a long time coming (but well worth the wait!). I can't wait to continue my reread of this series and I'm looking forward to finally finding out who she chooses in the long run.