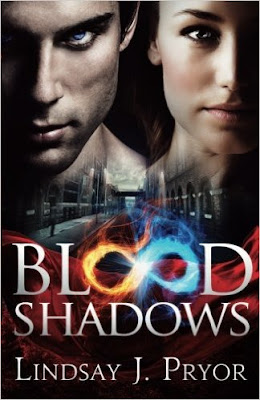 For vengeance - would you trust a vampire?

For justice - could you betray your family?

For love - are you ready to question everything you believe in?

Gifted with the ability to read the shadows of ‘third species’ beings, Caitlin Parish is the Vampire Control Unit’s most powerful agent. Despite that, her mission to hunt down Kane Malloy – a master vampire – comes with a death wish. Many have tried, but few have survived.

For Caitlin, tracking Kane is about more than just professional reputation. With her parents both mysteriously killed seven years apart to the day, Caitlin knows that without Kane’s help she is next.

She has four days to make a deal with the wicked, the irresistible, the treacherous Kane Malloy. The vampire who despises everything she stands for.

Review:
I actually read this book back in June (yes, I'm ridiculously behind on my review writing again!) after finding out that the main character Kane beat out both Barrons AND Kate Daniels in the Alpha Showdown. Those are two of my favourite characters ever so for them to be beaten by someone from a series I'd never even heard of before had me incredibly intrigued. I'll admit that I went into this with very high expectations and perhaps that's why I ended up feeling disappointed but to be honest I don't think that's the only issue. Obviously this series has plenty of superfans but so far I'm just not feeling it.

I think my biggest issues were actually with the heroine of the story Caitlin. Let's face it, she's an idiot. If this was a horror story then she'd have been the first person to die and even though this is a paranormal romance it's still a miracle that she survived to the end. At the beginning we're told how she's a badass vampire hunter who has trained her whole life and is great at her job. She complains about always being underestimated because she's a small woman but within the first couple of chapters she's proved that she has absolutely no skill whatsoever and I wouldn't be surprised if she's a complete laughing stock amongst her colleagues. The second Kane enters the picture Caitlin loses her ability to think because she can't see past her libido. He has her pinned to the wall and is making threats to kill her and all she can do is think about how gorgeous he is. Even when Kane kidnaps her she has no sense of self-preservation, she doesn't fear for her life or try to plan an escape because she's too busy staring at his lickable abs. If you looked up "Too Stupid to Live" in a dictionary you'd find a picture of Caitlin's face and her actions just get worse as the story continues. It might not be quite so bad if she wasn't constantly trying to tell readers how amazing she is but she's completely oblivious to her own stupidity.

Kane interested me a little more, he has the whole brooding alpha male thing down pat but he doesn't ooze sex appeal like Barrons and I wasn't really feeling the chemistry between him and Caitlin so I never got fully sucked in by his character. Apparently he gets much more interesting in his next book but the next three books are all about different protagonists so it's going to take a while before we circle back to Kane to find out if that's true or not. There were things I liked about the world and I'm kind of curious to see if the series gets better, especially since this was the author's debut novel, but I just don't feel in any rush to pick up the sequel. I might get around to it one day but it could end up being one of those series that just never makes it to the top of the TBR pile.