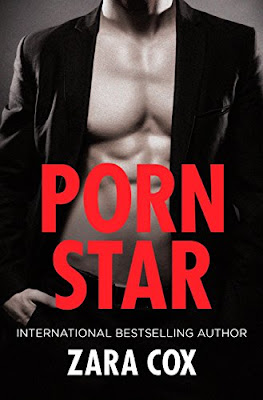 I love women. I love sex. I love money. I love hot, wild nights with no promise of a future, because a future is one thing I don’t have. I’m twenty-eight years old. I won’t live to see thirty, and I don’t care. Or I didn’t, until her.

Nobody plans for a life like this. Some of us just end up here.

They call me Lucky, though luck has never been on my side. Before I met Q, my life was a big, twisted mess. Never enough money, never anyone to trust. No way out. With Q, the shame and fear disappear. Instead I feel pure pleasure, and that’s something I’ve never had before. But if what I’ve just learned is true, we’d better enjoy every second together while we can . . . before our time runs out.

Elyse is on the run trying to escape a dangerous past, she is in a pretty impossible position and all she cares about is finding the money she needs to keep her sister safe. By day she works as a waitress for Quinn's company but after answering a classified advert by night she becomes Q's costar in his latest porn movie. Quinn is intrigued by Elyse and determined to uncover all her secrets but there's just one small problem - she doesn't realise that Quinn and Q are the same person and she's torn by her growing feelings for both of the men in her life.

Considering everything Elyse has been through she's still fairly naive and it was hard to believe that she never began to suspect that Quinn and Q were the same person, especially as she grew closer to Quinn. I was able to ignore it because hey this is fiction but I couldn't ignore Quinn's abhorrent behaviour.

I actually spent the majority of the book enjoying getting to know Quinn, he's a complex and multi-layered character and wanted to dig deep and learn about his motivations and why he was so desperate to get revenge on his father. He's not particularly a likeable character though which is a problem. I warmed up to him when he started to open up to Elyse but he just never came far enough for me to fall in love with him. I hated the way he kept lying to Elyse throughout the entire story, I kept waiting for him to come clean with her and abandon his plan to get revenge. The very least he could have done was keep Elyse out of it - he had more than enough ammunition against his father without releasing Elyse's video to the entire world - but he never did the right thing. He just didn't care enough about Elyse to protect her and all he was interested in was destroying his father.

The actions he take have absolutely devastating consequences for Elyse and by that point I was so angry with him that I would never be able to see them as a couple. I just can't believe in a happy ever after the way he treated her. Elyse quite rightly walks away from him and doesn't look back but rather than Quinn putting in the effort to prove that he's changed and that he really does love her and regret what he did he just falls to pieces. It's left to a member of his staff to track Elyse down and basically emotionally blackmail her into going back to him. By that point I was ready to throw my kindle across the room. I almost feel like I must have read a different book to everyone else because I honestly don't understand how this has such high ratings. Quinn is an unapologetic ass who never once takes responsibility for his actions and I would rather read about him getting hit by a bus than have poor Elyse stuck with him as her supposedly happily ever after. The poor girl deserves so much better.