Harry Potter: A Pop-Up Guide to Hogwarts is an exhilarating, interactive guide to the iconic school of witchcraft and wizardry. This book features spectacular pop-up re-creations of key locations inside and outside Hogwarts castle, and it opens flat to form a pop-up map of the castle and its grounds - including the Quidditch pitch, the Forbidden Forest, and beyond.

In addition to large pops on each spread, numerous mini-pops will bring to life beloved elements from the Harry Potter films, such as the Marauder's Map and the Flying Ford Anglia. Each pop will include insightful text about Hogwarts as seen in the films, making for a must-have collectible for fans of the Wizarding World.

Review:
Harry Pottter: A Pop-Up Guide to Hogwarts is exactly what it sounds like, an interactive 3D pop-up model of Hogwarts Castle as well as locations like the Quidditch pitch, the Forbidden Forest and even part of Hogsmead Village. There are five large models that can be opened separately or if you're very careful you can fold out the entire book into one huge map. Although it was fun to open the book out fully once I found that when you've done that it's so big that you can't really appreciate all of the little details so I actually prefer to look at the models separately so I can fully enjoy what I'm seeing.

This is the kind of book that you never get tired of because there are just so many little hidden doors and windows to open, additional pull tabs that bring out new pop-ups or move characters around etc, that every time you look at a page you find your eyes drawn to a new detail that you didn't spot before. Honestly, the amount of detail is insane and if you have a torch on hand for looking inside the models you'll find even more. Spot Hagrid baking rock cakes in his house or Harry and his friends having a Herbology lesson in the greenhouse, you can even help Harry catching a golden snitch on the Quidditch pitch!

This book isn't cheap so I was hesitant to make the purchase at full price but it was well worth the money when I found it going cheap on Amazon. As lovely as it is I still think it's over priced at £50 but for around £20 I think Harry Potter fans will be very happy with it.

I found it really difficult to take decent pics of the pop-ups but hopefully these photos should give you some idea of the amount of detail included: 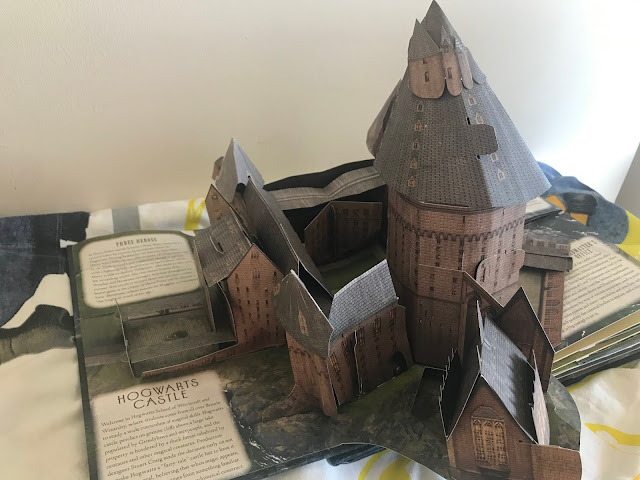 Hogwarts Castle part one where you can peek inside the dormitories 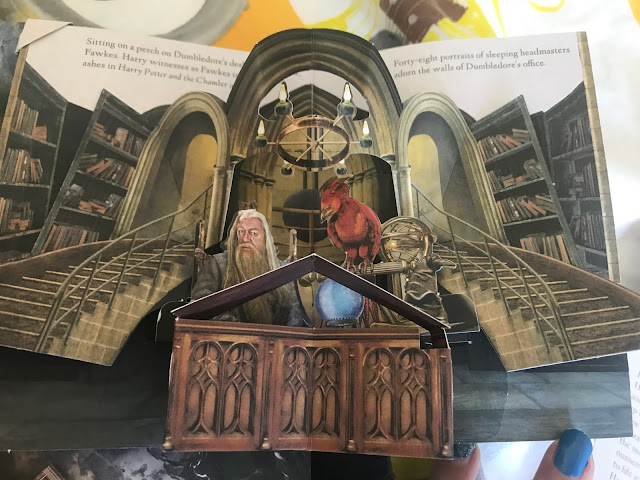 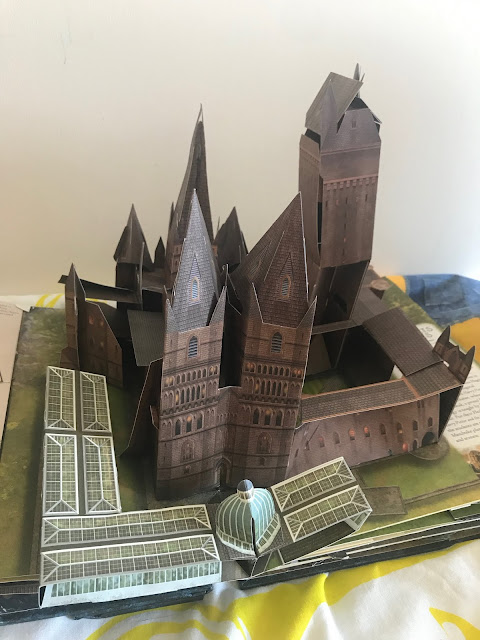 Hogwarts Castle part two with the classrooms and greenhouses 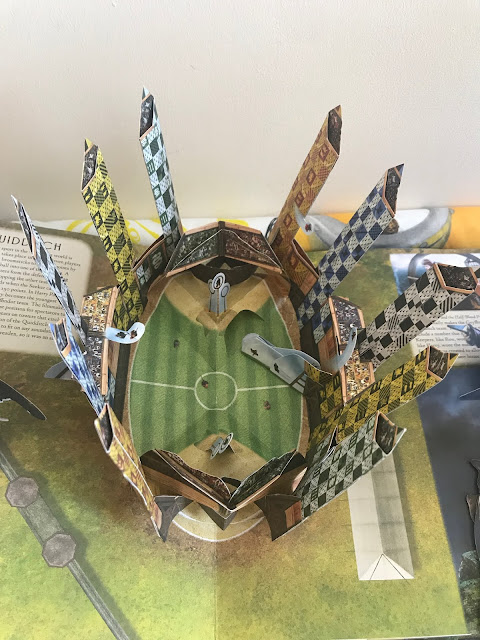 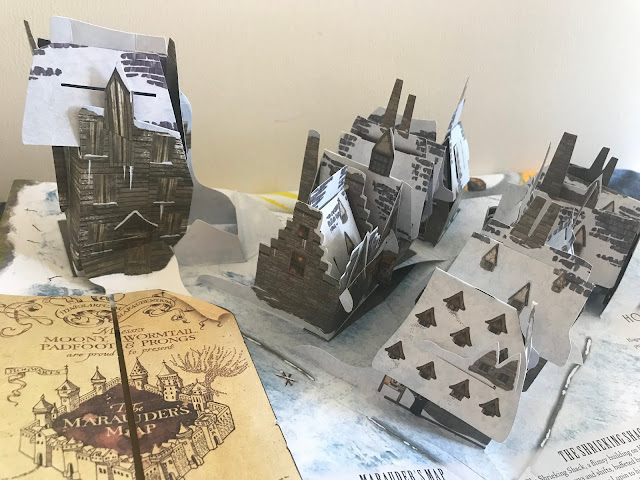 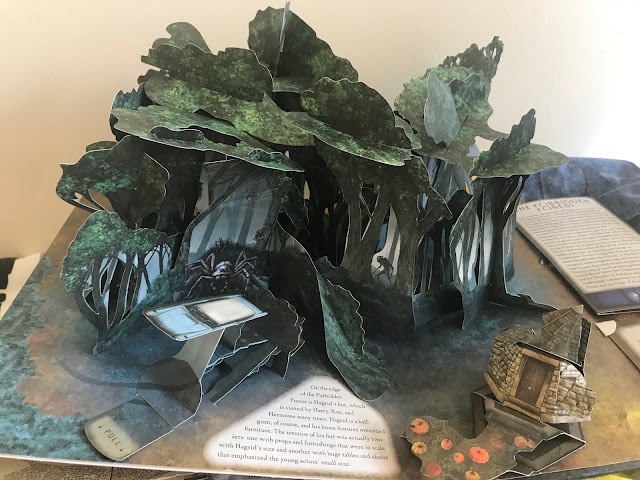 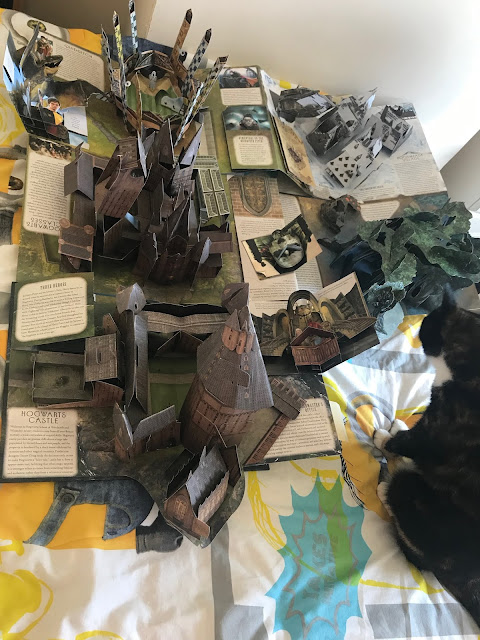 The entire map folded out
(with a bonus curious kitty who wanted to know what I was up to!)


This one includes the Quidditch pitch and Hogsmead:


The final trailer is of the Forbidden Forest as well as showing you how to fold out the giant map at the end: