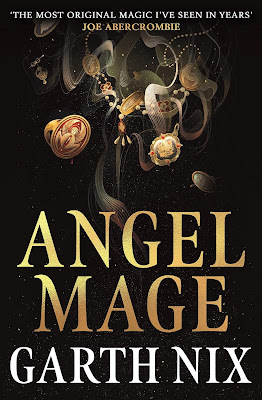 More than a century has passed since Liliath crept into the empty sarcophagus of Saint Marguerite, fleeing the Fall of Ystara. But she emerges from her magical sleep still beautiful, looking no more than nineteen, and once again renews her single-minded quest to be united with her lover, Palleniel, the archangel of Ystara.

A seemingly impossible quest, but Liliath is one of the greatest practitioners of angelic magic to have ever lived, summoning angels and forcing them to do her bidding.

Liliath knew that most of the inhabitants of Ystara died from the Ash Blood plague or were transformed into beastlings, and she herself led the survivors who fled into neighboring Sarance. Now she learns that angels shun the Ystaran’s descendants. If they are touched by angelic magic, their blood will turn to ash. They are known as Refusers, and can only live the most lowly lives.

But Liliath cares nothing for the descendants of her people, save how they can serve her. It is four young Sarancians who hold her interest: Simeon, a studious doctor-in-training; Henri, a dedicated fortune hunter; Agnez, an adventurous musketeer cadet; and Dorotea, an icon-maker and scholar of angelic magic. They are the key to her quest.

The four feel a strange kinship from the moment they meet, but do not know why, or suspect their importance. All become pawns in Liliath’s grand scheme to fulfill her destiny and be united with the love of her life. No matter the cost to everyone else. . .

Review:
I've been a fan of Garth Nix since I first read Sabriel more years ago than I care to remember so of course I was ridiculously excited to read his new stand alone fantasy novel, Angel Mage. This story was inspired by his love of The Three Musketeers but with added magic. He has created a world where certain people are able to interact with angels with the help of icons and can summon them to do their bidding. Each angel has its own icon design and a different ability but the more powerful the angel the more it takes out of the summoner each time they call on them. Some of the angels can be used for things like healing while others can provide light or offer all kinds of other forms of help. While summoners are rare and have varying levels of ability the icon creators are rarer still, it's a specialist art form to imbue the icons with the power to summon an angel and it's a much sought after skill.

This story is told from five different points of view which can sometimes make a story a little hard to follow but I found each of these characters distinct enough that I didn't have an issue. You have four friends: Agnez, a confidant young woman who is focused on her goal of becoming a Musketeer so she can help protect the queen like her mother did; Simeon, a trainee physician who is incredibly skilled with his hands; Dorotea, who is a talented but slightly ditzy icon maker with abilities that she's spent years trying to hide; and Henri, a boy who has spent years dreaming of becoming wealthy who just wants to prove himself to his family. Then you have Liliath, someone who is obviously hiding a lot of secrets and who definitely has a plan but who is only thinking of herself and her own goals and doesn't seem to care what it costs the people around her.

Angel Mage is one of those books that sucks you in and even though its a large book with over 500 pages I ended up flying through it because I desperately wanted to know what would happen next. I really loved Dorotea, Agnez, Simeon and Henri, they all have very different personalities but they worked well together as a team and drew on each other's strengths to do what needed to be done. Liliath was a harder character to like because she was so ruthless but I found her chapters so interesting because you never knew quite what she'd do next. What I loved most about the world was the way men and women were completely equal with lots of women in high ranking jobs and no signs of misogyny, there was also no sign of racism in spite of the fact that we had characters of all different colours and it was treated as completely normal for people to have same sex relationships.

The story works perfectly as a stand alone but I really do hope that Garth Nix decides to revisit this world in the future, there seems to be so much more to explore in the world and I'd be really interested in both spending more time with these characters but also in seeing the fallout of events in the final few chapters.


Don't forget to check out the rest of the stops on the blog tour: 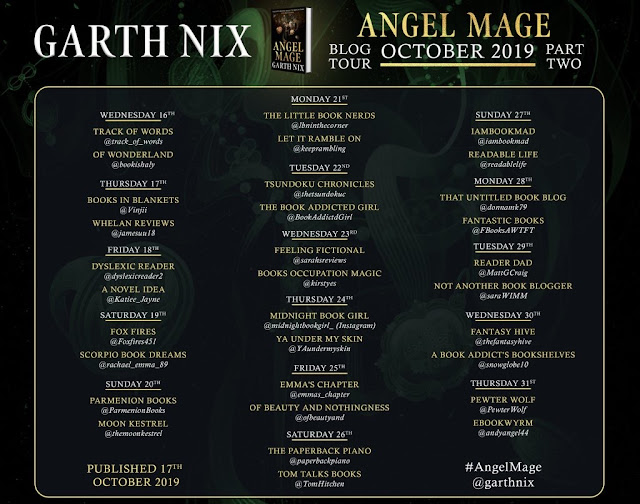