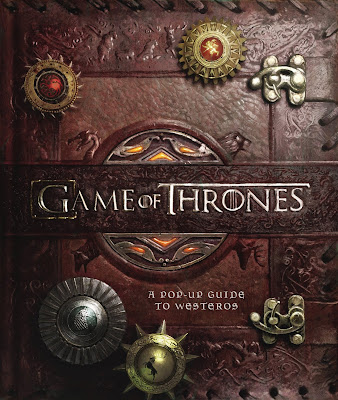 Inspired by the Emmy Award–winning title sequence that opens each episode of the hit HBO series, Game of Thrones: A Pop-Up Guide to Westeros is guaranteed to thrill the show’s legions of fans.

Featuring stunning pop-up recreations of several key locations from the series, including the formidable castle of Winterfell, the lavish capital city King’s Landing, and the Wall’s stark majesty, this book takes readers into the world of the series like never before.

Game of Thrones: A Pop-Up Guide to Westeros features five stunning spreads that fold out to create a remarkable pop-up map of Westeros, as well as numerous mini-pops that bring to life iconic elements of the show, such as direwolves, White Walkers, giants, and dragons. All the pops are accompanied by insightful text that relays the rich history of the Seven Kingdoms and beyond, forming a dynamic reference guide to the world of Game of Thrones.

Visually spectacular and enthrallingly interactive, Game of Thrones: A Pop-Up Guide to Westeros sets a new standard for pop-up books and perfectly captures the epic scope and imagination of the series.

Review:
I actually bought and first read this book several years ago but reviewing Matthew Reinhart's Pop-Up Guide to Hogwarts recently made me realise I never got around to posting pictures of Westeros. These books are both just so much fun to look through. Each page has so much detail and there are lots of little additional pop outs showing things like the Iron Throne and things like the Direwolves and White Walkers. Let's face it this is never going to be the kind of book you look through regularly and it's a bit too bulky to display but it's still enjoyable to pull out and flip through occasionally.

Each page can be looked at separately or you can unfold the entire book to create a huge pop-up map which reminds me a lot of the opening credits from the TV show. It's a bit fiddly to fold out so you need to be careful as you do it but although there are easy to follow instructions it really can be opened out by feel. The only downside of having the entire map unfolded is that it's so big it makes it hard to focus on the smaller details from each page so I think on balance I'm unlikely to open it out very often no matter how cool it looks. 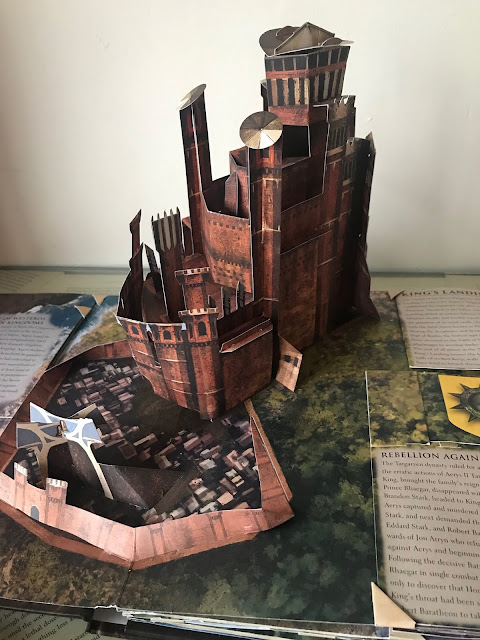 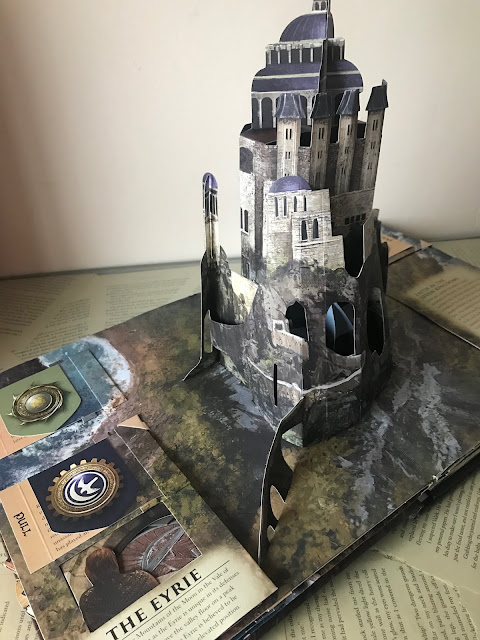 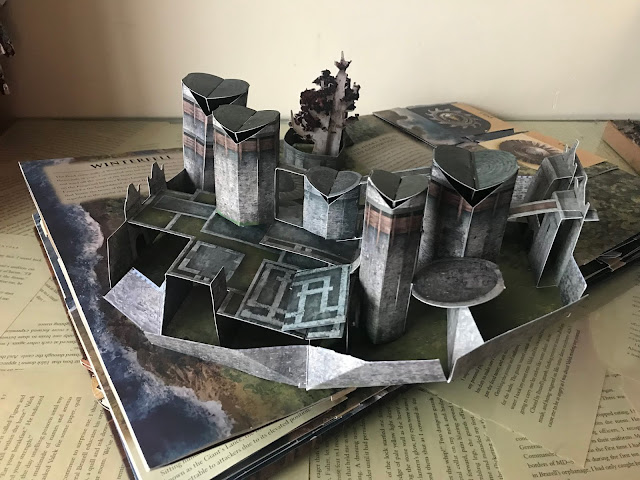 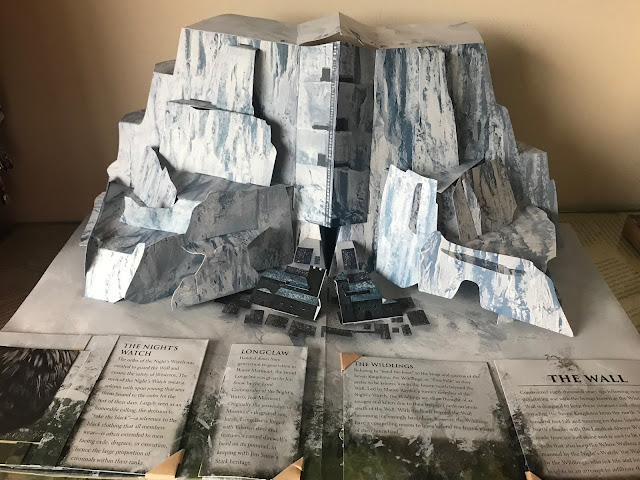 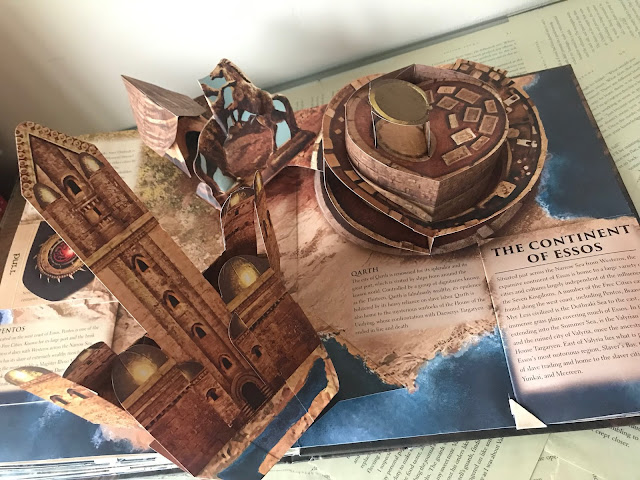 The Continent of Essos 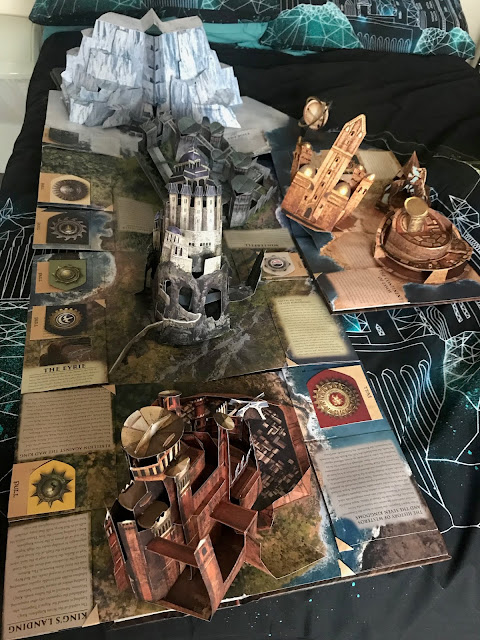 This book trailer shows the book in a even more detail including how to open it out into the giant map: