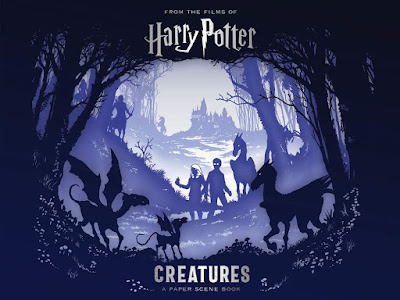 This unique new book is a glorious gift for both ardent Harry Potter fans and younger readers discovering the magic of the Wizarding World, with high production values and irresistibly inventive content.

Review:
All of my friends know I'm a huge Potterhead so I often get HP themed presents but not many of them are as lovely as this book of intricate and detailed paper cut scenes from the series that I was given for my birthday. The book contains four different scenes, all made with two layers of paper cutouts over a detailed background scene and then each are followed with a two page spread full of information about the different types of creatures found in that location.

The four scenes are:

The Forbidden Forest - which has Harry and Hermione in the forest surrounded by Thestrals with a unicorn in the background. I believe this scene is from Harry Potter and the Order of the Phoenix. 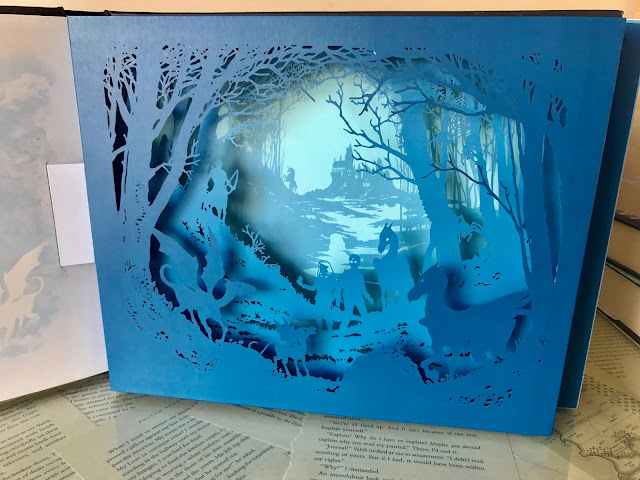 Dragons - this is a scene from Harry Potter and the Goblet of Fire where Harry is facing off against the Hungarian Horntail with only his wand and broom to save him. 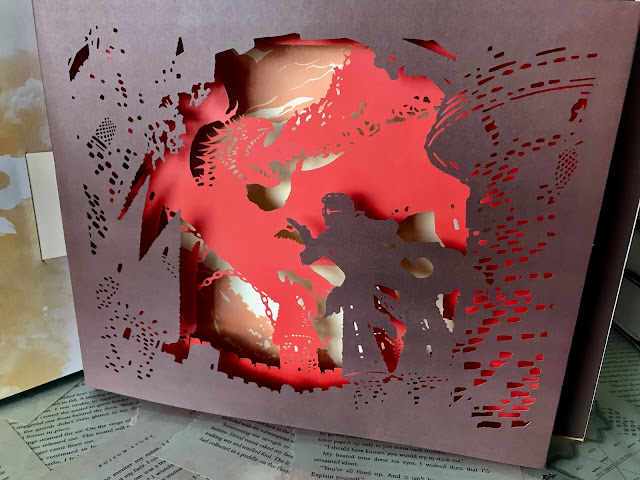 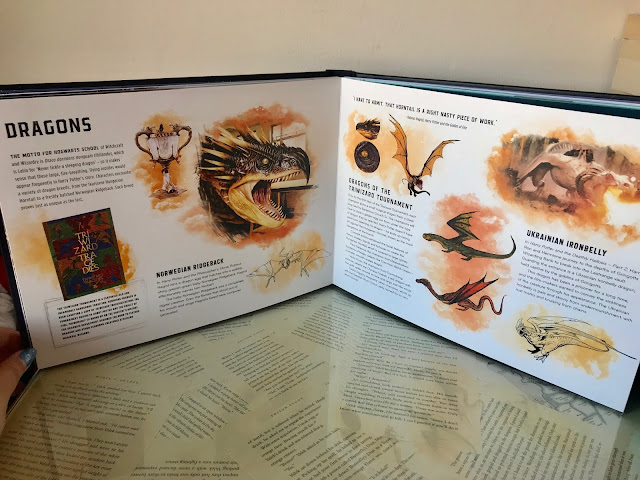 The Black Lake - another scene from the Triwizard Tournament in Goblet of Fire, this time we see Harry underwater surrounded by Grindylows. 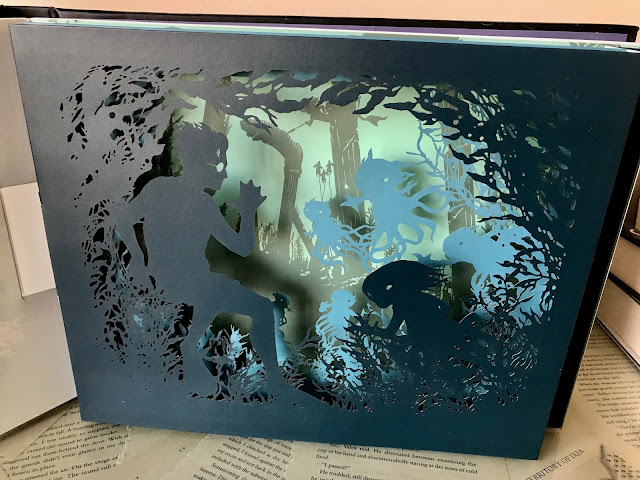 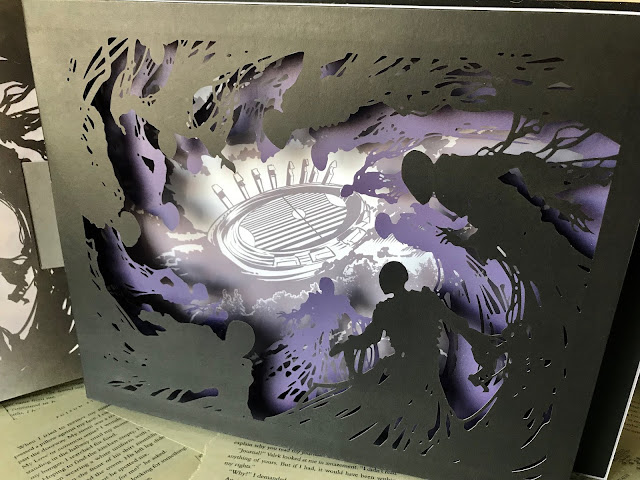 This really is a lovely book for any Harry Potter collector, I just wish I could figure out a good way to display the artwork.

My cover is a different colour to the one in this trailer but the inside of the book looks the same.

Source: Gift from a friend