Review: Harry Potter and the Order of the Phoenix - J.K. Rowling 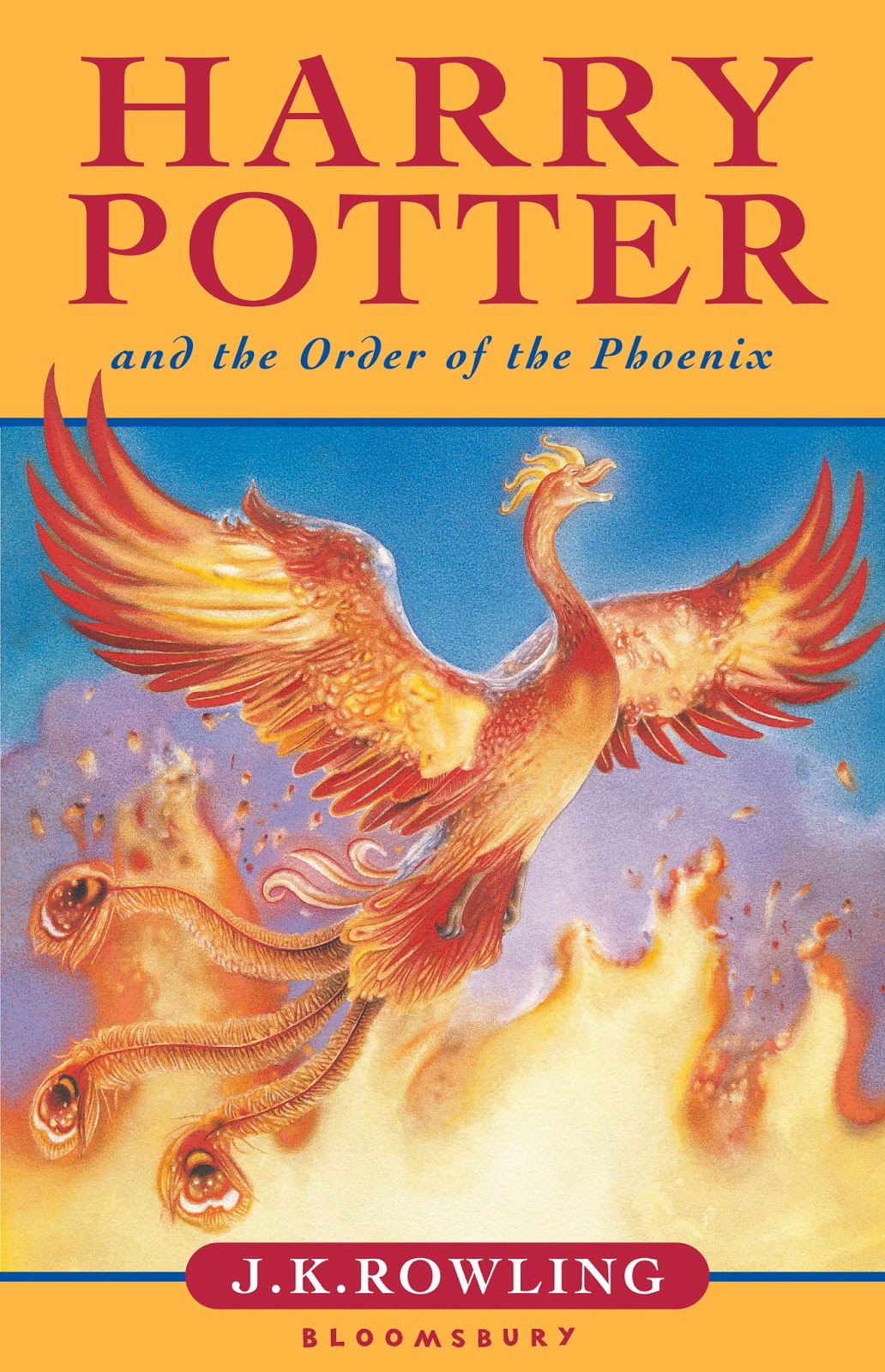 Harry Potter is due to start his fifth year at Hogwarts School of Witchcraft and Wizardry. His best friends Ron and Hermione have been very secretive all summer and he is desperate to get back to school and find out what has been going on. However, what Harry discovers is far more devastating than he could ever have expected . . .

Suspense, secrets and thrilling action from the pen of J.K. Rowling ensure an electrifying adventue that is impossible to put down.

Review:
I gave up trying to write proper reviews for this series long ago since there is no way I can do these books justice. So instead I'm just going to share a few of my thoughts from when I was reading the book - this may contain spoilers so if you're one of the handful of people who haven't read the book (or seen the movie) then look away now!

The Order of the Phoenix is one of my favourite books in the Harry Potter series, not because I love everything that happens in it since I spent the majority of the time I was reading it in a state of complete and utter rage, but because of the amount of emotion the story brings out in me. This book is painful to read, the way the people who Harry should be able to rely on are always hiding things from him and keeping him in the dark drives me crazy. I was livid with Dumbledore for keeping so many secrets and causing Harry so much suffering. The books before this one have had their dark moments but this is the point where things really start to become unbearable and I can remember the first time I read it feeling that the horror would never end.

I haven't even started on the actions of the Ministry of Magic and Professor Umbridge. As much as I hate Professor Snape the adult I do feel sorry for the teenage version of him, that doesn't excuse his actions now he's a teacher but it does make me understand why he acts the way he does a little better. I will never forgive him for some of the things he has put Harry, Hermione and Ron through throughout the series but he isn't ALL bad, mostly bad sure but there are occasional glimmers of humanity in there if you look hard enough. The same can't be said for Umbridge, that woman is pure evil and one of the most vile characters you can ever hope to meet in a children's book. Even the child catcher from Chitty Chitty Bang Bang has nothing on her! I'm still so angry that she hasn't been sufficiently punished for her actions in this book! It's not just Harry that she treats appallingly though and the whole of Hogwarts have to put up with her campaign of terror. By god I wanted to reach into the book and murder her with my bare hands and I'm one of the least violent people you'll ever meet (unless it comes to fictional characters I guess, some of them definitely bring out my nasty side!).

The Order of the Phoenix is a long book but I spent most of it on tenterhooks, it's amazing how many little details that J.K. Rowling packs into her stories and I was surprised at how much I'd forgotten since my last read through of the series. Even though I went into this book knowing how certain events would turn out I still found myself wishing and praying that I'd remembered it wrong and that things would somehow be different this time. Knowing how it would end just made scenes with certain characters even more poignant and heartbreaking than they were the first time around (I'm sure anyone who has read the book will know exactly what character I'm talking about here!). Anyway, this book is dark, it is hard and painful to read but amidst all that suffering there are some wonderful moments of friendship. I love seeing some of the side characters really come into their own, Neville and Luna in particular really start to play a more important role than they did in previous books. Seeing Harry and the others form the DA and set out to teach themselves the skills they know they are going to need to fight Voldemort is just wonderful and shows just how much they have grown since we first met them.