Today I'm thrilled to be highlighting the new Justiss Alliance series by Tina Wainscott, if you like romantic suspense then trust me you're going to love these sexy ex-military alpha men! I've already read the first two stories (my review of Wild Hearts is HERE and I'll be posting my review of Wild on You later today) and I can't wait to carry on with the series. So let's have a look at the books so you can see what you've been missing: 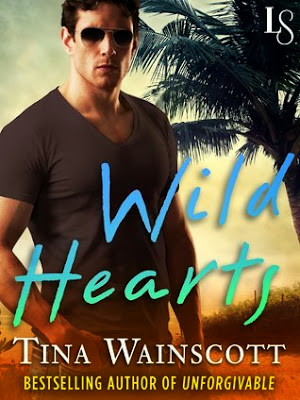 Read an Excerpt | Read the Reviews

In this intro to The Justiss Alliance series, meet the five Navy SEALs who undertake the covert mission that trashes their careers—and the offer that changes their lives.
Kicking off a new series in this sizzling eBook original novella, Tina Wainscott returns with a team of tough, fearless heroes who are prepared for just about anything, except the last threat they could ever expect: true love.

On a good day as a Navy SEAL, you save a life, protect a freedom, stop a killer. And on a bad day . . . well, you don’t get to have a bad day. But then one SEAL team does. Five impeccably trained soldiers—used to danger, unafraid of death—are sent into a black ops assignment where no one knows the full story of deceit and deception. The situation gets ugly. The press gets wind. Someone has to take the fall. And when these five SEALs fall, they fall hard.

Meet the Justiss Alliance: Risk, Rath, Saxby, Knox, and Julian. Led by a mysterious employer with plenty to hide, these fallen stars of the D.O.D. are about to take advantage of their ruined reputations and start turning wrongs to rights—no matter the cost. 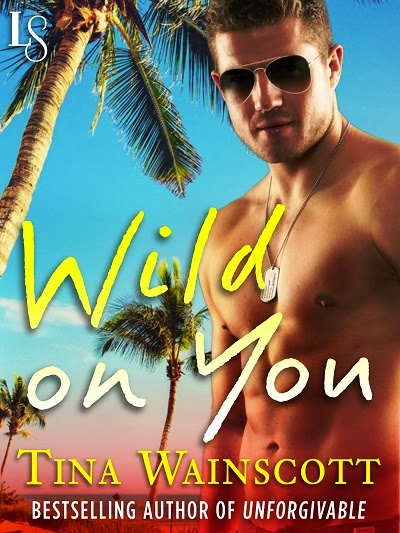 WILD ON YOU
The Justiss Alliance, Book 1
Published by: Random House Loveswept
On Sale February 4, 2014

Introducing the Justiss Alliance, an elite team of heroes out to do right. In Wild on You, one untamable SEAL meets a woman who handles the wildest sort of animals—until she herself becomes the hunted.

When Rick Yarbrough, aka Risk, a discharged SEAL with a taste for danger, joins the Justiss Alliance, his first assignment seems like a baby-sitting gig: He must guard an out-of-control general’s daughter. Then he meets his charge.

Addie Wunder is no baby. She’s a dedicated animal-rights activist who isn’t above breaking the law if innocent creatures are threatened. But her work has made her a lot of powerful enemies. If she doesn’t stop, she may just turn herself into an endangered species.

Risk’s mission is to keep Addie out of trouble. But as they grow closer, Addie becomes so much more than a job. And the more he has to lose, the more Risk is willing to put his own life on the line—for her cause, her safety, and her sweet-hot embrace.

Find Wild on You on Goodreads

Advance praise for Wild on You
“Tina Wainscott delivers high-octane suspense and red-hot romance! Full of edge-of-your-seat action and red-hot passion, Wild on You is a souped-up roller-coaster of a page-turner.”—Julie Ann Walker, New York Times and USA Today bestselling author of the Black Knights Inc. series 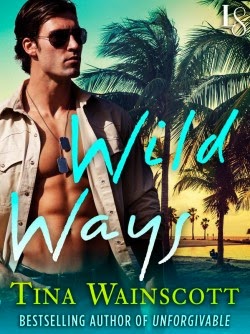 When her sister, Diana, rode off into the sunset with a member of the Kings of Chaos, Mollie was beyond worried. Two weeks later, a desperate call from Di launches Mollie into the dark world of violent outlaws. When a sexy SEAL comes to her rescue, he pushes his way into her search—and brings a team from the private “security” firm he works for. Julian Cuevas is living proof that some people can be counted on, even if her savior is a well-armed, world class sniper on a Harley. But Julian’s most lethal weapon, as far as Mollie is concerned, is the tough tenderness that threatens her heart.

About Tina Wainscott
Tina Wainscott has always loved the combination of romance and suspense, because nothing complements falling in love better than being hunted down. The author of more than thirty novels and novellas, Wainscott creates characters with baggage, past hurts, and vulnerabilities. They go through hell, find love, and at the end, find peace in who they are and everything they’ve gone through. And isn’t that what we all want? 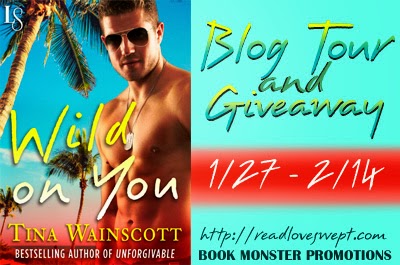 To celebrate the release of Wild on You I have a fabulous playlist to share that Tina Wainscott put together to represent the hero Risk!


Music that rocked me while I was writing Risk, the hero of Wild on You
By Tina Wainscott


What do you think of Tina's song choices? Has she included any of your favourite songs? If you've already read the book I'd love to know if you have any other song suggestions!

You can enter for the chance to win swag plus ebook copies of Wild Hearts and Wild on You using the Rafflecopter form below. The winners will be announced via Rafflecopter and contacted directly by Loveswept so they can arrange to send out the prizes.