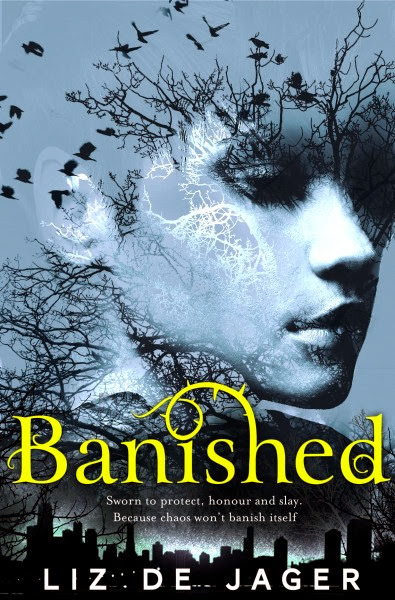 A Blackhart's Calling: to banish evil and hold back the night

Kit is proud to be a Blackhart, now she's living with her unorthodox cousins and sharing their strange lives. Especially since their home-schooling includes spells, fighting enemy fae and using ancient weapons.

But it's not until she rescues a rather handsome fae prince, fighting for his life on the edge of Blackhart Manor, that her training really kicks in. With her family away on various missions, Kit must protect Prince Thorn, rely on new friends and use her own unfamiliar magic to stay ahead of Thorn's enemies.

As things go from bad to apocalyptic, fae battle fae in a war that threatens to spill into the human world. Then Kit pits herself against the Elder Gods themselves - it's that or lose everyone she's learnt to love.

Review:
I feel it's only fair to mention in my review that I have known Liz for about 4 years now and consider her a friend, as much as I've tried not to let that effect my review I do think it's something I should be open and honest about. Now I've got that little disclaimer out of the way let me tell you all the reasons that Banished is a must read novel for urban fantasy fans!

Kit Blackhart has only recently become aware of her family's calling to protect humanity from the monsters that prey on us. She didn't grow up with the majority of her family and it was only when her grandmother was murdered by the fae that Kit discovered that monsters were real and that she was born to fight them. Sent to live with her uncle and cousins Kit has had a steep learning curve to deal with. Not only is she still discovering all the different fae species she also has to learn how to use her magical abilities as well as train with various weapons so she can defeat them. Recovering at home after her first solo mission Kit is disappointed not to be included in the latest battle her family are facing but she soon finds herself in over her head when a fae prince is attacked just outside their property. With her family out of contact Kit is in a difficult position, does she put herself in danger to save prince Thorn and is there anyone she can trust to help her?

I found Kit was a really likeable heroine, she has been thrown in at the deep end and doesn't have as much training as the rest of her family but what she lacks in knowledge she makes up for in guts and determination. I love the fact that she isn't perfect, she makes mistakes and doesn't always have the answers she needs but she never stops trying and fighting for what she believes in. The reader is introduced to a lot of the different species of fae alongside Kit and I loved the sheer variety of creatures she comes across on her journey, you really never can tell what is going to crop up next and I was constantly caught by surprise. My slight niggle was the instant attraction between Kit and Thorn but thankfully there is very little in the way of romance so we have no crazy declarations of love between them. They obviously have a connection and there is definitely potential for a forbidden romance to develop but that is taking a back seat to the action packed storyline - just the way I like it!

Kit isn't the only well fleshed out character either, I enjoyed the bond she shares with her cousins and seeing her get to know her family better. Kit is a newcomer so is still trying to find her place in the family dynamics but there is obviously a lot of love and respect amongst them all. I also really liked Thorn and had a lot of fun seeing how out of place he was in the human realm where he hasn't spent time before. Banished is a fast paced story full of action and adventure and it's a fabulous debut novel from Liz de Jager. I absolutely can't wait to see where she takes the story next!