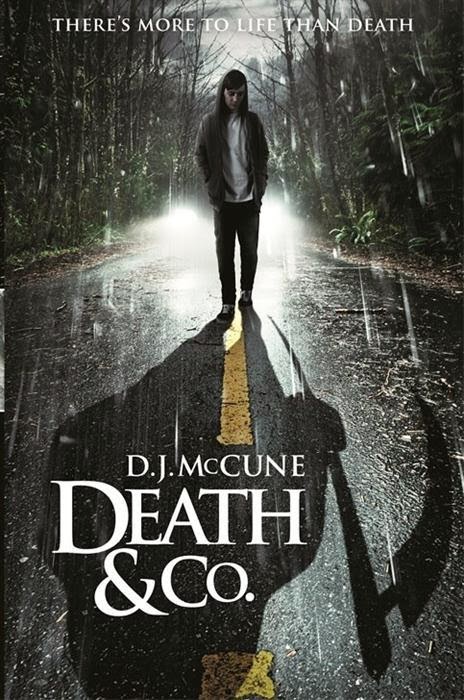 Adam Mortson is a Luman, one of an elite band of spirit guides who travel to the Hinterland to guide dead souls into the afterlife. And though Adam just wants to be a normal teenager - one who dates girls like Melissa, hands out with his mates and avoids his homework - his role as a Luman is strictly non-negotiable.

But when Adam discovers a new and dangerous power within himself, he must make a terrible choice: to stand by and watch as lives are lost, or to disobey the rules of death and risk everything to save his soul . . .

Review:
Adam is a Luman, for generations his family have had the ability to travel to the Hinterland so they can help guide souls into the afterlife. He is from a respected family and his father is the High Luman in charge of all the Luman in Britain so Adam should be a natural. Unfortunately he doesn't seem to follow in the footsteps of his father and older brothers and travelling to the Hinterland makes him extremely sick. All Adam has ever wanted is a normal life, he just wants to go to school and hang out with his friends and he definitely doesn't want to spend his evenings and weekends guiding souls. Adam has an unusual Lumen ability though, one that could be used to save lives if he is brave enough to use it but one that goes against everything the Lumen stand for and that could cost Adam everything if he is caught using it.

I had such high hopes for Death & Co. I've not come across many books featuring reapers so I was really looking forward to learning more about the Lumen and the role they play in guiding souls. I have to say that I loved the mythology the author has created here. The scenes where Adam and his family are sent into disaster zones to guide souls were actually quite harrowing to read and were incredibly well written. I loved those parts of the story and wanted more of them.

I also really enjoyed learning about the Lumen society, they are a very old fashioned organisation with very misogynistic views and although that annoyed me about them I also found it extremely believable. Even though women have the same abilities as men to travel to the Hinterland they are forbidden from becoming Lumen (or should that be Luwomen?) and are instead expected to stay at home raising the children. Men also have no choice and are not allowed to live a normal human life with an average job - they must become Lumen and spend their time guiding souls. As much as I don't agree with the way their society runs I did find it interesting to read about and considering the attitudes of Adam and some of his family members I see a revolution in Lumen society on the cards as the series continues! I really hope I'm right about that because I'd love to see Adam and his sister Chloe shake things up a bit.

Where the story fell down for me was the amount of high school drama that it included. I get that Adam wants to live a normal life so I could see why so many scenes were included where he was hanging out with his mates and chasing girls but if I'm honest those sections of the story bored me. I wasn't interested in the drama and I was irritated by the pranks that the boys were playing on their headmaster - they just didn't seem all that funny to me and it was more like bullying than a fun joke. I'm not a fan of bullying in any form even if it is students doing it to a hated teacher. I think I was extra disappointed by this because I was loving the other parts of the book so much but the unnecessary drama kept pulling me out of the world and making me want to put the book down. The book would have had a much higher rating from me if it had focused more on the Lumen society and seeing Adam attempting to use his abilities.

In spite of it's faults Death & Co. was a quick read, overall I'd have to say this was a middle of the road one though - there were parts that I loved but others that left me indifferent. Considering this was a debut novel I'm willing to give the series another chance though and will definitely be reading the next book. I'm just hoping that The Mortal Knife focuses more on the paranormal elements and less on Adam's schooling and childish pranks.