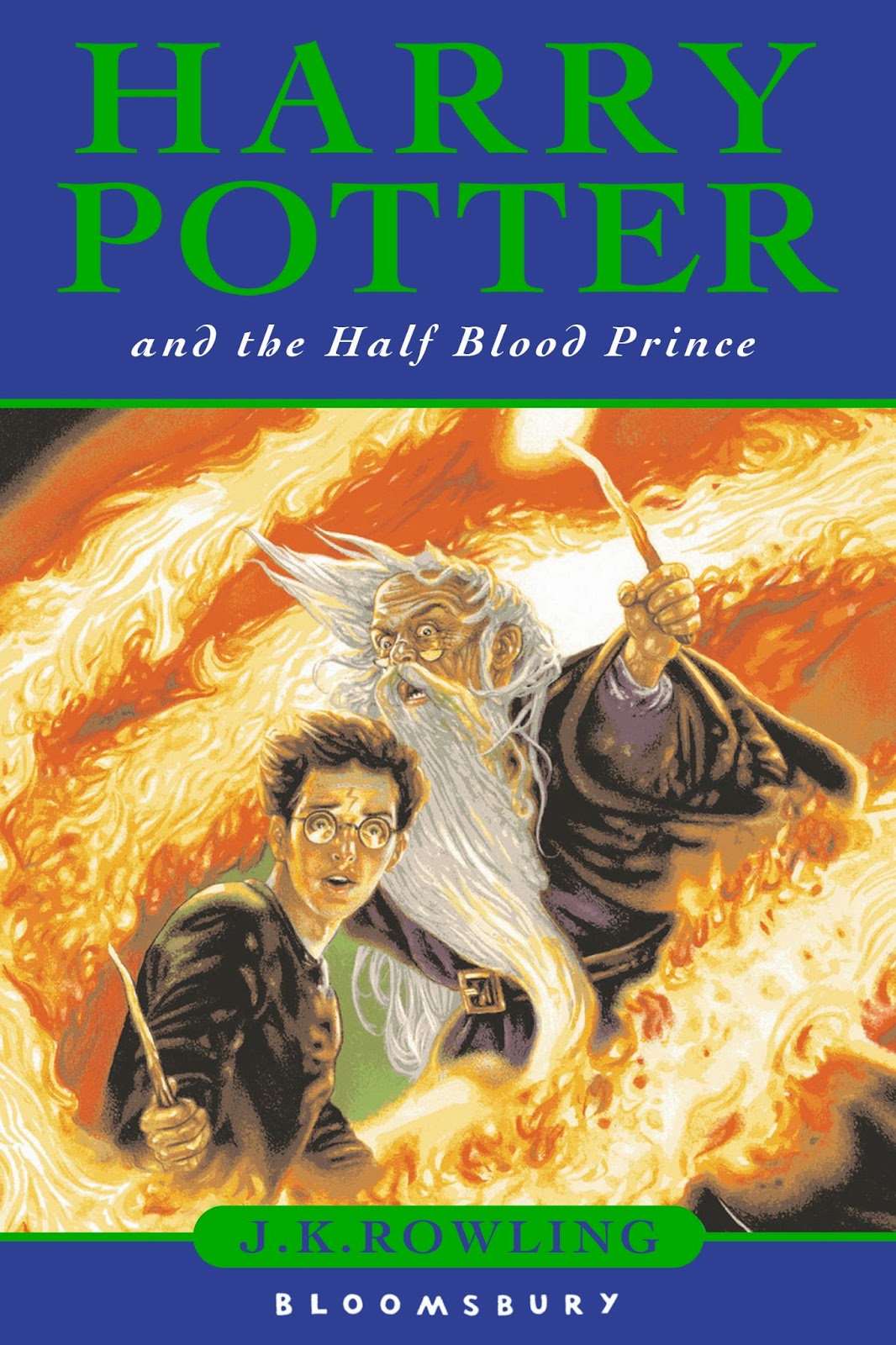 It is Harry Potter's sixth year at Hogwarts School of Witchcraft and Wizardry. As Voldemort's sinister forces amass and a spirit of gloom and fear sweeps the land, it becomes more and more clear to Harry that he will soon have to confront his destiny. But is he up to the challenges ahead of him?

In her darkest and most breathtaking adventure yet, J.K. Rowling skilfully begins to unravel the complex web she has woven, as we discover more of the truth about Harry, Dumbledore, Snape and, of course, He Who Must Not Be Named . . .

Review:
I still find it impossible to write proper reviews for the books in this series, I'm just way too much of a fan girl to be able to get my thoughts into any kind of sensible order. I remember the first time I read Harry Potter and the Half-Blood Prince - I queued up at my local supermarket at Midnight so I could buy my copy in the first few minutes of the release day then proceeded to go home and read right through the night until I'd finished it. That was actually my release day routine for the last 3 or 4 books in the series and I can't think of any other series that I have ever been quite so desperate for each new instalment of.

I don't think the end of this book could have shocked me more the first time I read it. I was absolutely horrified and I cried buckets at the way things turned out - how could J.K. Rowling do that to us? I have to say as much as I hated what happened I do love that she wasn't afraid to tell her story the way she wanted to tell it - I'm sure she had a pretty good idea what the fan reactions would be to that ending but she did it anyway! I think that the fact that she isn't afraid to kill of major characters is a bonus with this kind of series though, after all Harry and his friends are facing a deadly enemy. An enemy who has a lot of power, dark magic and a plenty of evil followers. No group is going to be able to stand up to an enemy like that without suffering from dreadful losses. We've already seen it happen and that feel of danger, knowing that the author isn't afraid to let her characters die, just amps up the suspense of each story. It adds to the level of fear that the readers feel and it makes us even more nervous about what could potentially happen.

Obviously reading this book for the second time I knew what was coming. It took me a lot longer to read this time around, partly I think, because I was trying to put off that inevitable moment. I didn't want to read it again and it hurt just as much the second time around. Once again J.K. Rowling reduced me to a sobbing mess and I'm not ashamed to admit it! This series has always had the power to make me feel. I'm so connected to these characters that I hurt when they hurt but that also means I get to share their victories as if they were my own. I don't think I can express how much I love these stories so I'm not even going to try - I'm just going to urge you to read them too! If you've read them before then I'm sure you'll appreciate them so much more on a re-read and if you're one of those people who never read them (or only watched the movies) then you honestly don't know what you're missing!