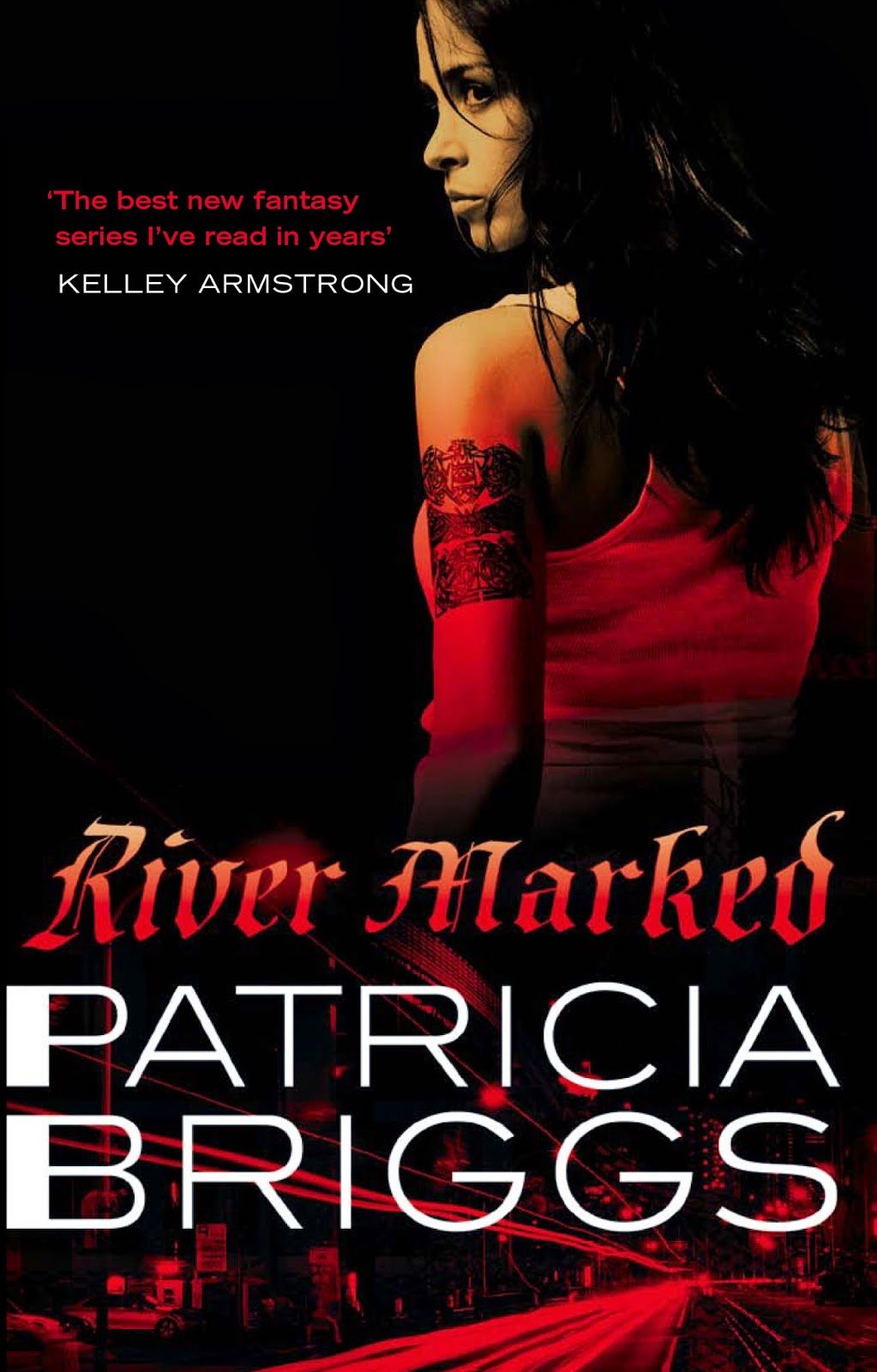 Car mechanic Mercy Thompson has always known she was different, and not just because she can make a VW engine sit up and beg. Mercy is a coyote shapechanger, a talent she inherited from her long-gone father. And she's never known any others of her kind - until now.

As Mercy takes in this new situation, an evil is stirring in the depths of the Columbia River. Something deadly is coming, facts are thin on the ground and Mercy feels ill at ease. However, her father's people may know more. To have any hope of surviving, Mercy and her mate, the alpha werewolf Adam, will need all the resources the shifters can offer. Or death will be the least of their worries.

Review:
I've recently reread all the previous books in both the Mercy Thompson and the Alpha & Omega series and I've loved them all as much, if not more, than the first time I read them. I can't tell you how much I love the world that Patricia Briggs has created and it's been like taking the time to catch up with old friends. As much as I've enjoyed rereading the earlier books I was excited to get to River Marked though, I never got this far when I read the series for the first time so I was looking forward to that exciting first read where everything is new to you and I have to say the author didn't let me down and this is another fab instalment in the series.

I have loved watching Mercy and Adam's relationship grow throughout the series, I just love the way Adam totally gets Mercy and has never once tried to change anything about her. She might drive him crazy with the way she always manages to get into trouble because his instincts are to protect her and keep her safe but he understands her need to take care of the people she loves and he supports her in that which is something I really respect him for. He's also been so incredibly patient and supportive of her as she recovers from the ordeal she went through in Iron Kissed, it's not something she'll ever completely forget but she has come a long way down the road to recovery and that is in part because of Adam. Anyway, I don't want to say too much about what happens between them in this book but I will tell you that the first few chapters were so good that I had tears of happiness in my eyes as I read them. In fact, they were so good that I had to reread them before I could continue with the rest of the book! It's absolutely fantastic to look back at how far they've come as a couple but I also loved seeing Mercy realise how many other people love and care for her. She's always felt like she was alone and didn't quite fit in anywhere so it's wonderful to see her look at her friends in a new light.

A lot of this book is spent with Mercy and Adam away from their home and I have to admit that I did miss spending time with the side characters I've grown to love. It wasn't quite the same without Samuel, Warren and Kyle or even Zee and Stephan but we do get to meet some interesting new characters and we get to find out more about Mercy's Walker heritage which I really enjoyed. There is one new character in particular that I really hope we're going to end up seeing a lot more of as the series continues - he has the potential to become a new favourite! As much as I missed the other characters I did really appreciate getting to spend more time with Mercy and Adam, seeing them grow more comfortable as a couple and start to really figure out how to communicate properly, in fact just seeing how much they mean to each other was brilliant.

Only Mercy could go on holiday to the middle of nowhere and find herself facing an enemy that not even Adam can help her with so of course it's not long before she's up to her eyes in trouble. She may have found some new allies but she's got to face this one alone to a certain extent and it's not going to be an easy task. There are some brilliant fight scenes towards the end of the book and what turns out to be quite an epic battle which had me on the edge of my seat. River Marked had a slightly different feel to it compared to the previous books but it made a nice change and I thoroughly enjoyed it.