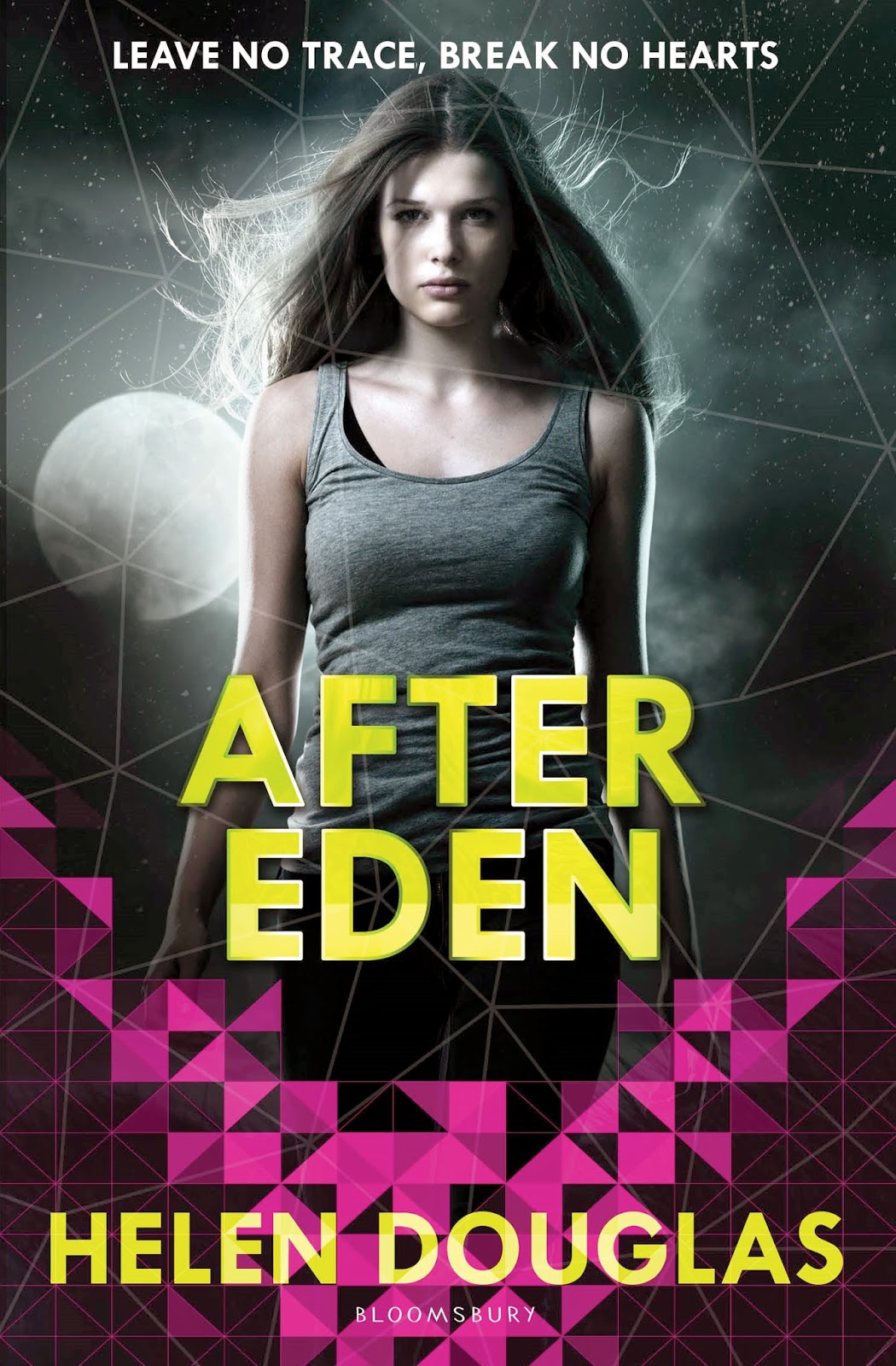 Eden Anfield loves puzzles, so when mysterious new boy Ryan Westland shows up at her school she's hooked. On the face of it, he's a typical American teenager. So why doesn't he recognise pizza? And how come he hasn't heard of Hitler? What puzzles Eden the most, however, is the interest he's taking in her.

As Eden starts to fall in love with Ryan, she begins to unravel his secret. Her breakthrough comes one rainy afternoon when she stumbles across a book in Ryan's bedroom - a biography of her best friend - written over fifty years in the future. Confronting Ryan, she discovers that he is there with one unbelievably important purpose ... and she might just have destroyed his only chance of success.

Review:
When the gorgeous new boy Ryan starts at her school Eden is just as attracted to him as the rest of the girls are but she is the only one who notices that there is something just not quite right about his reactions to certain things. How can a normal teenage boy not recognise pizza and surely everyone has heard of Hitler haven't they? The more time Eden spends with Ryan the more questions she has about him and she becomes determined to get to the bottom of his secret. She's in for quite a shock when she finds a book belonging to Ryan that is a biography of her best friend Connor - one that was written 50 years in the future. But if Ryan is a time traveller what interest could he possibly have in Connor and why is Eden the one he's been paying most attention to?

After Eden is a fab novel from British author Helen Douglas and it was a very quick and enjoyable read. I absolutely love stories about time travel and found it really interesting discovering why Ryan and his family had been sent back in time. I don't want to say too much about it because it's better if you can uncover the plot for yourselves but it was a bit different to the other time travel stories I've read so it's nice to read something a little more unique.

I think what I really enjoyed about the story was the interactions between Eden and Ryan, I love the fact that although they're attracted to each other from the beginning there isn't any case of insta love here. They become friends first and their romance is a slow build which makes a nice change compared to a lot of other YA books. They were actually really sweet together and I enjoyed spending time with them. The other thing I liked was Eden's friendship with Connor, they have been best friends for a long time now and apart from a misunderstanding towards the end of the book where I found myself a little annoyed with Connor, they really had each other's backs for most of the story.

I have to admit it took me a little while to get around to reading After Eden but in a way I'm glad I left it so late because now I don't have too long to wait for the sequel, Chasing Stars, which comes out this summer. I'm looking forward to discovering what happens next because there were some very interesting developments at the end of this one.