Maybe Someday by Colleen Hoover - Adding Music to the Story

I'm a huge fan of Colleen Hoover so I was incredibly excited to be asked to take part in the UK blog tour for her new book Maybe Someday. I've already had the chance to read the book (which I loved) so I'll be posting my review later today but first I wanted to talk a little about how music plays such a huge part in the story. In fact Colleen Hoover teamed up with musician Griffin Peterson and together they created eight songs that have particular meaning to the two main characters. In the story Ridge and Sydney work together to write the lyrics to music composed by Ridge and the songs recorded by Griffin Peterson are the results of their collaboration. 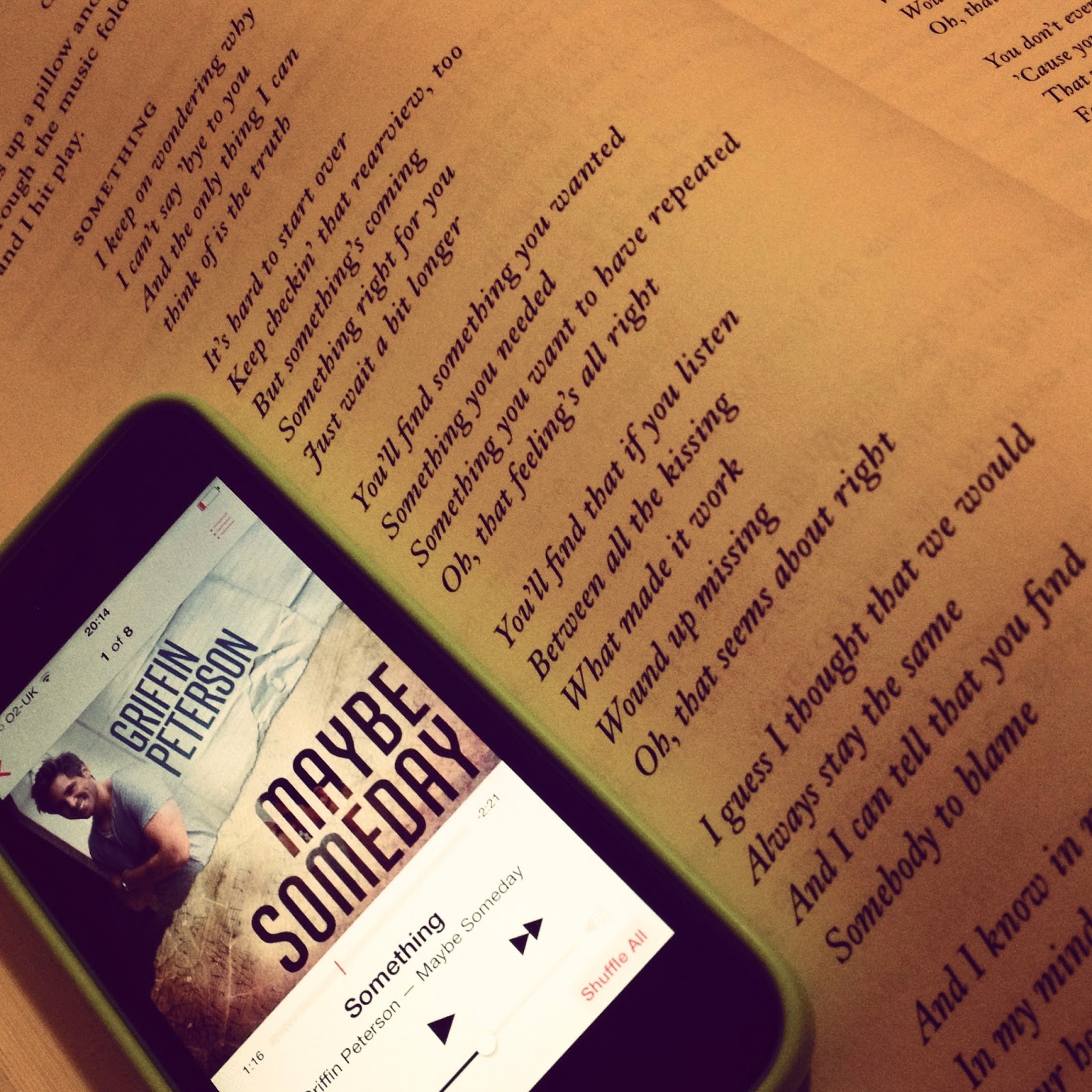 Check out this video of Colleen and Griffin talking about how they worked together to create the music to go alongside the story:

I already bought the album from iTunes and I can't tell you how much I enjoyed being able to listen to the songs while I was reading the story. Ridge and Sydney find a way of communicating the things they're too shy to say out loud through the lyrics that they write and the songs are a really important part of the story because of that. 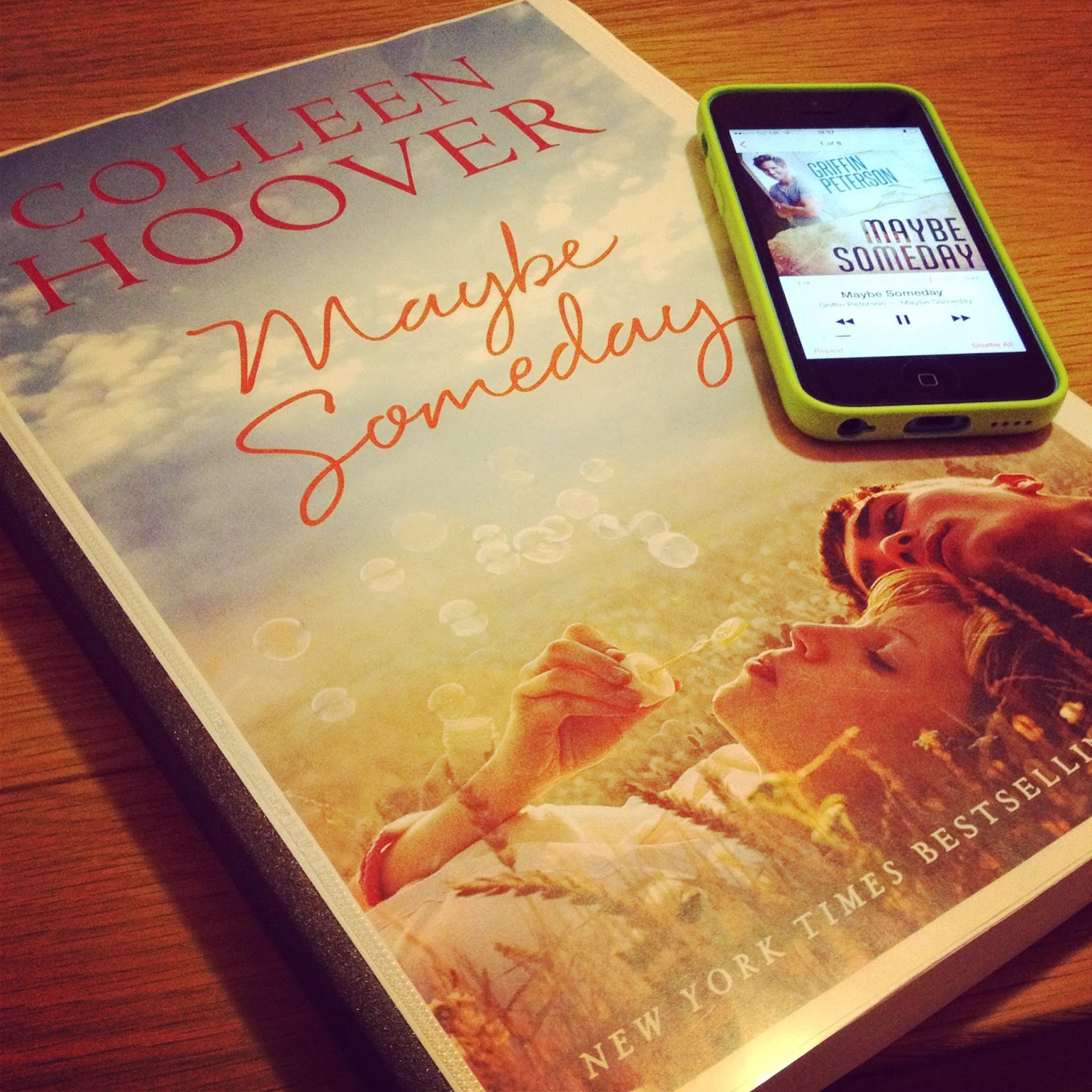 As much as I'd recommend buying the album because it really is fantastic you can also listen to the songs online for free via the Maybe Someday website.

I found a couple of videos that Griffin Peterson posted on YouTube that I thought you might enjoy. Here he is singing I'm in Trouble (which happens to be one of my favourite songs on the album):

and this one is of Griffin singing Hold on to You:

I thought it would only be fair to include the official book blurb too just in case you haven't come across it yet: 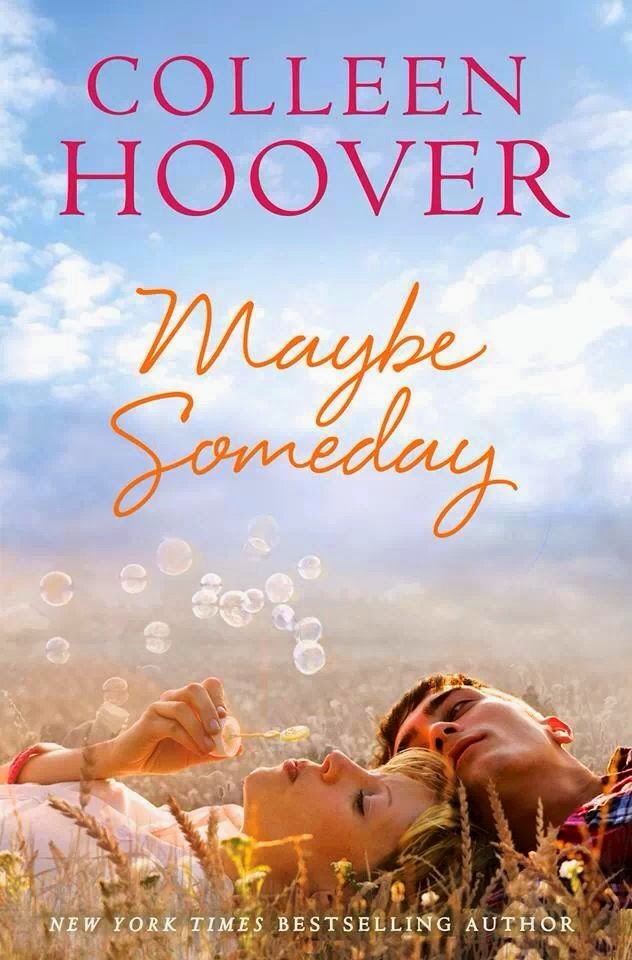 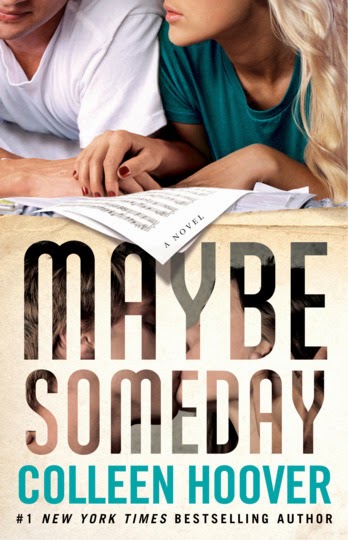 UK Cover / US Cover
Do you have a preference?

Maybe Someday Blurb:
Colleen Hoover draws you in to this passionate tale of music, love and betrayal . . .

Sydney is living in an idyllic bubble - she's a dedicated student with a steady job on the side. She lives with her best friend, has a great boyfriend, and the music coming from her balcony opposite hers is fast becoming the soundtrack to her life.

For more information and to listen to the soundtrack don't forget to check out the Maybe Someday website. You can also visit Colleen Hoover's website or Griffin Peterson's website.

I'd love to know what you think of the idea of creating such an interactive book with songs specifically written to go along with the story. Have you listened to any of the songs yet? If so what did you think of them? Which of the covers do you prefer?
at 09:00