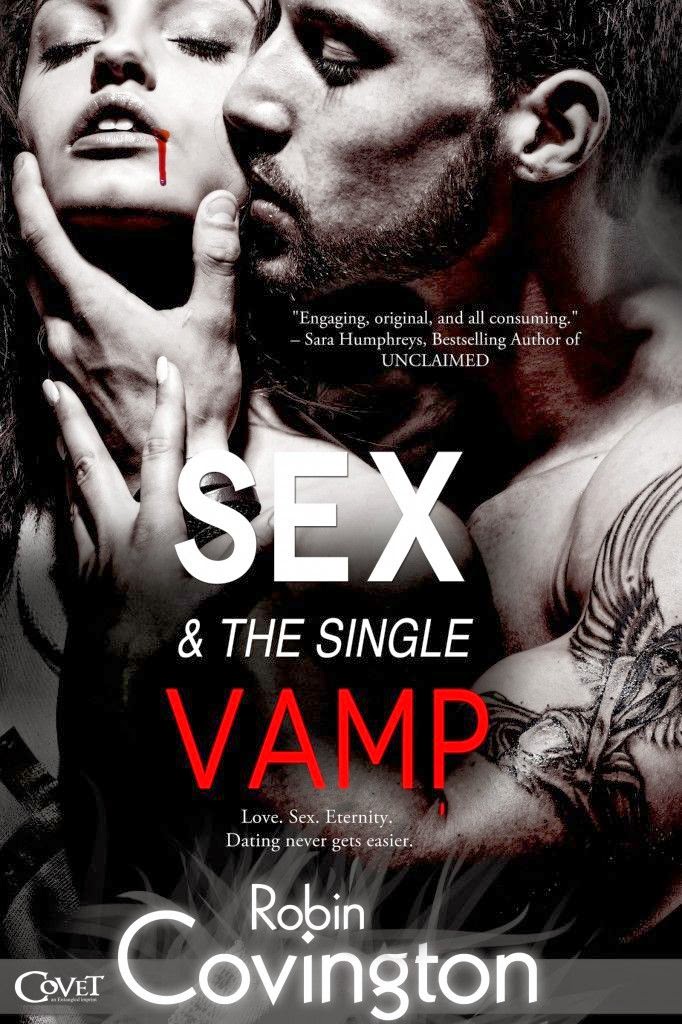 Cici Trent, vampire and media darling, spends her days finding true love for humans and supernaturals (the "Others") at her dating agency. But someone is trying to sabotage her business and she needs help. Unfortunately, the best man for the job is the one who broke her still-beating heart two hundred fifty-four years ago.

Deacon is a patient vampire. He’s only loved one woman in over three hundred years— CiCi— and she chose another. So when she shows up in his office asking for help, he finally has the chance to lay that demon to rest. He’ll help her, but for a price—a night in his bed.

Adrenaline, mischief, and a little late-night B&E light the passion that even a couple of lifetimes couldn’t put out. But Deacon has a secret and when Cici is suddenly mortal, his deception might be the only way restore her immortality. Can love bridge the gap between a heartbeat and forever?

Review:
Cici is a romantic who believes in love that lasts forever and she's made a business out of helping both humans and supernaturals to find it. Unfortunately not everyone shares her ethos, particularly when it comes to relationships between the two groups and they're determined to destroy her reputation by whatever means necessary. Cici knows she is in trouble and the only person she can think of to help her is Deacon, the man who broke her heart over 200 years ago. Deacon has never forgotten Cici, he made a promise to her father that he would always protect her and although he failed once he is determined never to let it happen again. He won't admit that he loves her but he has never got over their separation and when she comes to him asking for his help he decides to take full advantage of the fact that she's back in his life.

I'm a huge fan of Robin Covington's contemporary romances but the paranormal has always been my first love so I was incredibly excited when I found out she had written Sex and the Single Vamp. I had such high expectations for this story but unfortunately, although I liked it I wasn't as wowed as I had hoped to be. I liked the world that Robin has created, one where humans are aware of the supernatural creatures but there is still tension between the different species. Although Deacon has spent centuries working as a soldier and a police man the police department has now been split in two (one to deal with humans and the other to deal with supernatural issues) so he decided to go his own way and set up a private security firm with a friend. This actually works in his favour when it comes to Cici's case because with the police departments busy fighting about who has jurisdiction they aren't getting very far in the actual investigation.

I enjoyed learning more about Cici and Deacon's past, they were obviously both crazy about each other but had been pulled apart by a huge misunderstanding. As much as they have both tried to move on over the last 200 years they have never forgotten each other and they do have great chemistry together. I think where the story fell down for me was that I didn't feel connected to the couple in the present, I was more interested in their history and the way they felt about each other now just felt a bit forced. I'm usually a huge fan of the smut scenes (it's one of the reasons I love my adult romances!) but in this case they just didn't quite hit the spot and I'm struggling to pin point exactly why - it's not that they were badly written but they just didn't get my motor running!

Sex and the Single Vamp may not have been my favourite Robin Covington story but I liked the world and I'm definitely intrigued by some of the side characters (Cici's best friend Mya and Deacon's friends Andy and Antonio in particular) so if this does turn out to be the beginning of a series I'll definitely be checking out the next book.