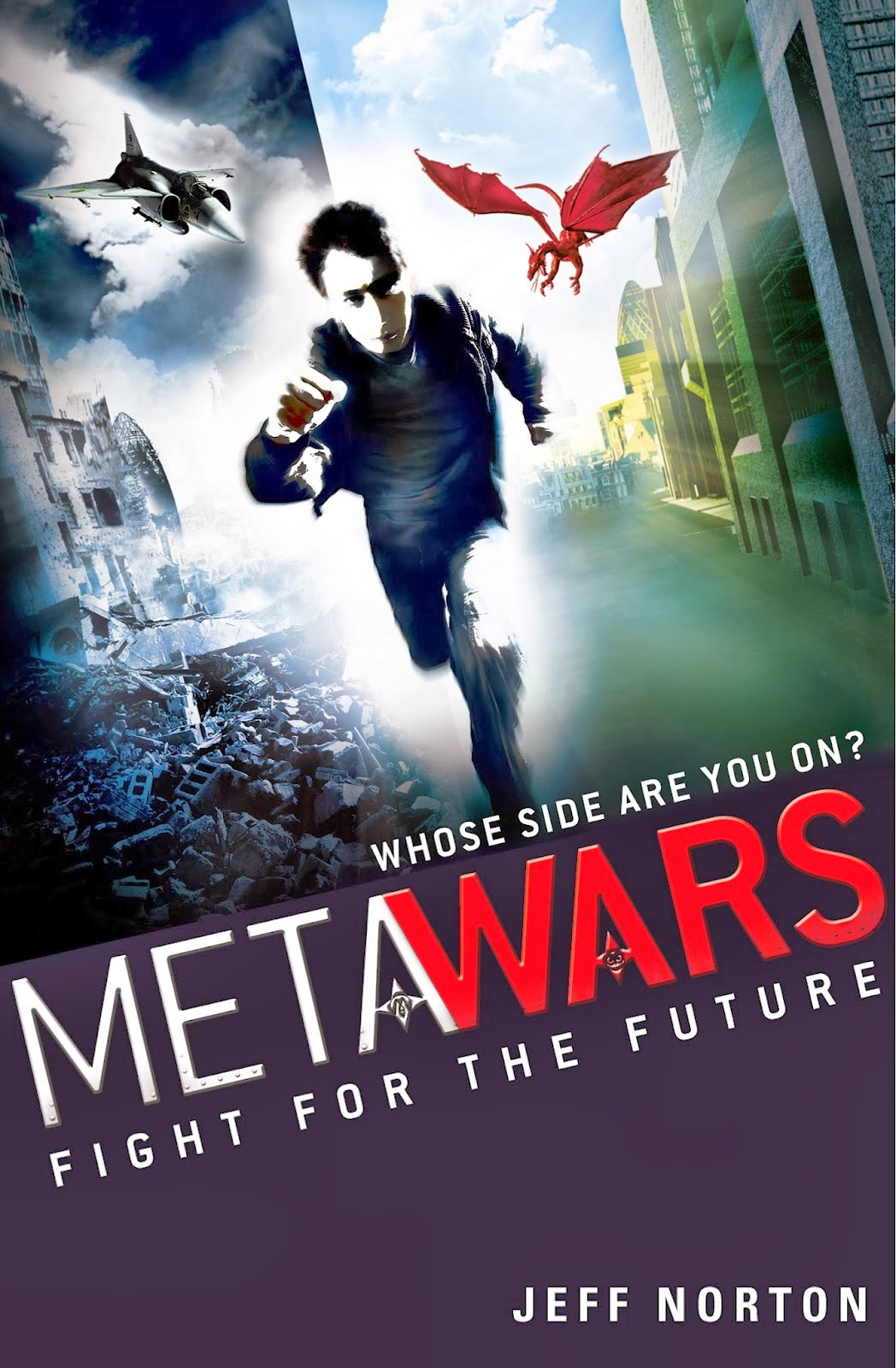 In an unforgiving future, two warring factions - the MILLENNIALS and the GUARDIANS - are locked in a brutal battle over control of an online virtual world called the Metasphere. Jonah Delacroix has always known which side he's on - the same side as his dead father. But when he assumes his father's avatar, he learns that things aren't as black and white as he once believed. He's catapulted into a full-throttle race through both worlds - but can he find the truth?

Review:
Fight for the Future is a fast paced and action packed adventure story set in a future where the real world is so bleak that people have chosen to take refuge in the virtual one. When people live in squalor it is no wonder that they spend the majority of their time plugged into the Metasphere, a vibrant virtual world where anything is possible. The Metasphere has become such an important part of people's daily lives that it shouldn't be surprising that different factions are fighting for control over it. There are two major players in this war, the Millennials and the Guardians, one on the side of the creator of the Metasphere and the other a group of terrorists, but are either of them really what they seem? When Jonah is unexpectedly caught in the battle he must decide who to trust and it isn't as easy as he thought it would be.

Jonah is a fabulous and very realistic character who I think people of all ages will be able to relate to on some level. He reminded me a lot of my brother at that age and I really enjoyed getting to see the world Jeff Norton has created through his eyes. Jonah finds himself in an impossible position when he is forced to rely on the people who he always thought murdered his father in a terrorist attack. He is reluctant to believe their story but he needs their protection so he has to go along with their plans, at least temporarily. I love the fact that Jonah doesn't just take things at face value, he is constantly questioning what is happening and reconsidering his goals and alliances. He quickly comes to realise that nothing he grew up believing was the complete truth but he doesn't let that blind him to his current reality and he trusts his instincts as well as the information he is given.

The author has done a fantastic job of creating a world that is scarily believable, a shortage of natural resources combined with wars and the collapse of various international governments have created a worldwide crisis of epic proportions. People are struggling just to survive, overcrowding and food shortages have made real life pretty unbearable so it is easy to see why people are so seduced into a perfect virtual world where they can do anything they want. Although I find the idea of actually plugging myself in to the Metasphere incredibly creepy it isn't so hard to believe that something like this will be possible in the future and I was fascinated by the virtual world where people can be anything they dream of. Your avatar is something that is created by your subconscious the first time you log in and I loved the idea of seeing unicorns and dragons walking alongside elephants or even normal people. Who wouldn't be seduced by the idea of a world where anything is possible?

I don't want to say too much about the plot other than it captured my attention from the first page and had me completely gripped to the end. I was actually annoyed that I had to put the book down to get some sleep but I just couldn't keep my eyes open long enough to finish it in one sitting. There are plenty of twists and turns and nothing is quite what it seems so as a reader you're constantly being surprised by the actions of the characters. Along with Jonah we're introduced to an interesting selection of side characters all of whom I'm looking forward to getting to know better as the series continues. I'm excited that I've picked up this series at a point where all four books are already available so I'll leave this review here so I can go and get started on The Dead are Rising!