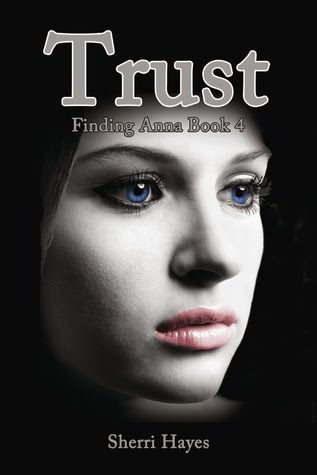 Brianna is lost for the fourth time in her life. Each time was unexpected, and each changed the course of her future. The first life-altering event occurred when her mother died, and she moved to Minnesota to live with her father.

The second was when she was kidnapped at the age of seventeen and forced to be a slave. She would never forget those ten months. Brianna thought her life was over.

Everything changed again the day Stephan steamrolled into her life and brought her home to live with him. She had no idea what to expect—what life with her new Master would hold. That first month with Stephan was, in some ways, more confusing than the prior ten. As a slave, she’d known her place. With Stephan everything was new and different. He’d given her freedom and so much more.

Five months after Stephan rescued her, Brianna once again finds her life flipped upside down.

In this fourth, and final, instalment of Finding Anna, Brianna must unearth strength she never knew she possessed. Stephan can no longer protect her from the outside world. She must learn to trust herself, embrace who she is, and discover who she wants to be. Only by facing her demons can Brianna find true happiness and peace.

Review:
I've been a huge fan of this series ever since I first read Slave a couple of years ago so I'm sure you can imagine how much I've been looking forward to reading this final instalment in the series. I was almost scared to start reading this book though, I had such high expectations and I was worried that it might not live up to them. I have to admit that this wasn't my favourite book in the series but at the same time I thought it was a fitting end to the series and I'm happy with the way things have turned out for Brianna and Stephan.

At the end of Truth Brianna was forced to move out of Stephan's house to protect him from any legal issues that might arise from the way he rescued her from Ian. Even though he did it to save her he did technically break the law by "buying" her as a slave, we all know that he did it to set her free but it doesn't look quite so innocent to the police officers who are investigating Brianna's case. As much as I understood why Brianna had to leave I have to admit I was disappointed that they spend the majority of the first half of the book separated. We are also introduced to a new character who reappears into Stephan's life while they are apart and to me it felt like she was just added to cause more drama - I knew from the moment we met her that she would just end up causing trouble for him and Brianna. Thankfully the drama wasn't as bad as I was expecting but I still felt that it was needless and I would have preferred for that part of the storyline to be skipped so we could focus more on Brianna's recovery.

Brianna had started to gain some confidence in Truth so it was sad to see her take a step backwards in this book. It was completely understandable though and since she had come to rely on Stephan for everything it was a good way of forcing her to learn to stand on her own two feet a little more. As painful as the experience was for her I think it did her some good in the long run. I was also extremely pleased that Cal and Jade pushed her into getting professional help. There is no way that anyone who had been through the things Brianna had would make a full recovery without help and one of the few things that had irritated me about Stephan throughout the series was his refusal to make her see a counsellor so I was cheering when Cal and Jade took that step.

The book really picked up for me at the point where Brianna and Stephan were able to spend time together again. I'd missed the interaction between the two of them for the first half of the book so it was good to see them back as a couple and moving their relationship forward. I have to admit I'd expected her role as a submissive to play a larger part in the final book but it was actually good to see that Stephan had no intention of pushing her into anything she was uncomfortable with. Another thing I really appreciated was getting to see Ian punished for his role in Brianna's slavery. It took a lot of guts for Brianna to stand up and say exactly what he'd done to her and I was proud of how far she has come since the beginning of the series.

Trust tied up all the lose ends from the previous books and gives us the chance to see Brianna move towards the future that she deserves. This has been a fantastic series that completely captured my attention from the first book and I'm actually sad that it's over, I know I'll be reading again in the future though!