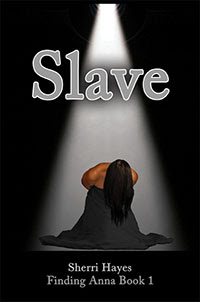 Stephan has lived the lifestyle of a Dominant for five years. After several rebellious teenage years, it gave him the stability and control he had been seeking after his parent’s death.

As president of a not-for-profit foundation, he knows what his future holds and what he wants out of life. All that changes when a simple lunch with his college friend and Mentor, Daren, leads him to buying a slave.

Thrust into a situation he never thought he’d be in, Stephan can’t walk away. He is compelled to help this girl in the only way he knows how.

Brianna knows only one thing, she is a slave. She has nothing. She is nothing.

Can Stephan help Brianna realize that she is much more than just a Slave?

Review:
Stephan is a Dom but has been single for a while and is waiting to find the right sub for him. The last thing he is looking for is a slave but when his friend tells him about a young woman who is being held against her will by someone with a sadistic reputation Stephan knows he has to help her. Even if it means going against everything he believes in and buying her from her current master. Brianna was sold into slavery when she was just 17 years old and has spent the last 10 months being brutally treated by her owner. She has been through hell and is completely broken, but can Stephan help to heal her so that she has a chance at leading a normal life again?

When I picked up Slave I wasn't expecting a romance but that is exactly what I got. The story is dark in places, particularly as we see the things that Brianna suffered at the hands of her previous owner, but Stephan was a wonderful hero and so gentle with her. I completely fell for Stephan - he may be a Dominant but that doesn't mean he is mean or a nasty person, he takes the power he has over his submissives seriously and knows what a responsibility it is to have someone else's life in his hands. He genuinely wants the best for Brianna, he comes to care for her deeply as he gets to know her better but he also knows that she may never recover enough to cope with the kind of relationship that he wants so he doesn't try to push her into anything. Stephan doesn't necessarily make the right choices all the time but you can see how hard he tries to do the best thing for Brianna, just because I didn't always agree with his decisions it didn't make me love him or appreciate him any less.

I loved the fact that Stephan is a normal and nice guy. A lot of the BDSM books I've read have made it seem like people who are into this kind of lifestyle have some kind of issue that makes them like that so I was pleased that this wasn't the case with Stephan because I hate stereotyping! (I'm aware that I've not read a huge number of books in this genre and I'm sure there are plenty of other books out there that don't follow the stereotype - I just haven't found many of them yet so was pleased that this is one of them!). This is also helped by the fact that Stephan's close friends Logan and Lily are also in a D/s relationship and both of them are obviously completely normal and very happy with the way they live their lives. I'm really hoping we get to see more of them both as the series continues because they are such a cute couple.

The story is told from both Stephan and Brianna's points of view which allows us to really see what each of them are thinking and feeling. Brianna is terrified when she is first "sold" to Stephan, as horrible as her previous master was at least she knew what was expected of her and now she finds herself completely out of her element again and has no idea what Stephan might be capable of. It takes a long time for her to come to trust him which was completely understandable but I really enjoyed seeing him gradually start to coax her out of her shell. She still has a long way to go and I did feel that she could have benefited from professional help but we still have two more books in the series so I'm sure we'll continue to see her progress. What makes her story all the more horrific is the fact that there are probably young women out there in the world who are in the same situation and they aren't all going to have someone like Stephan who comes to their rescue. Just thinking about that breaks my heart.

Slave was a completely captivating read and I finished it in one sitting, nothing could have made me put the book down so it's a good job I had the morning free when I started it. This story may have been nothing like what I expected but it was absolutely fantastic and I can't wait to read the sequel Need. Sherri Hayes has definitely become an author I want to see more of and I can't wait to continue the journey Stephan and Brianna have started.