Review: Beyond Me - Jennifer Probst 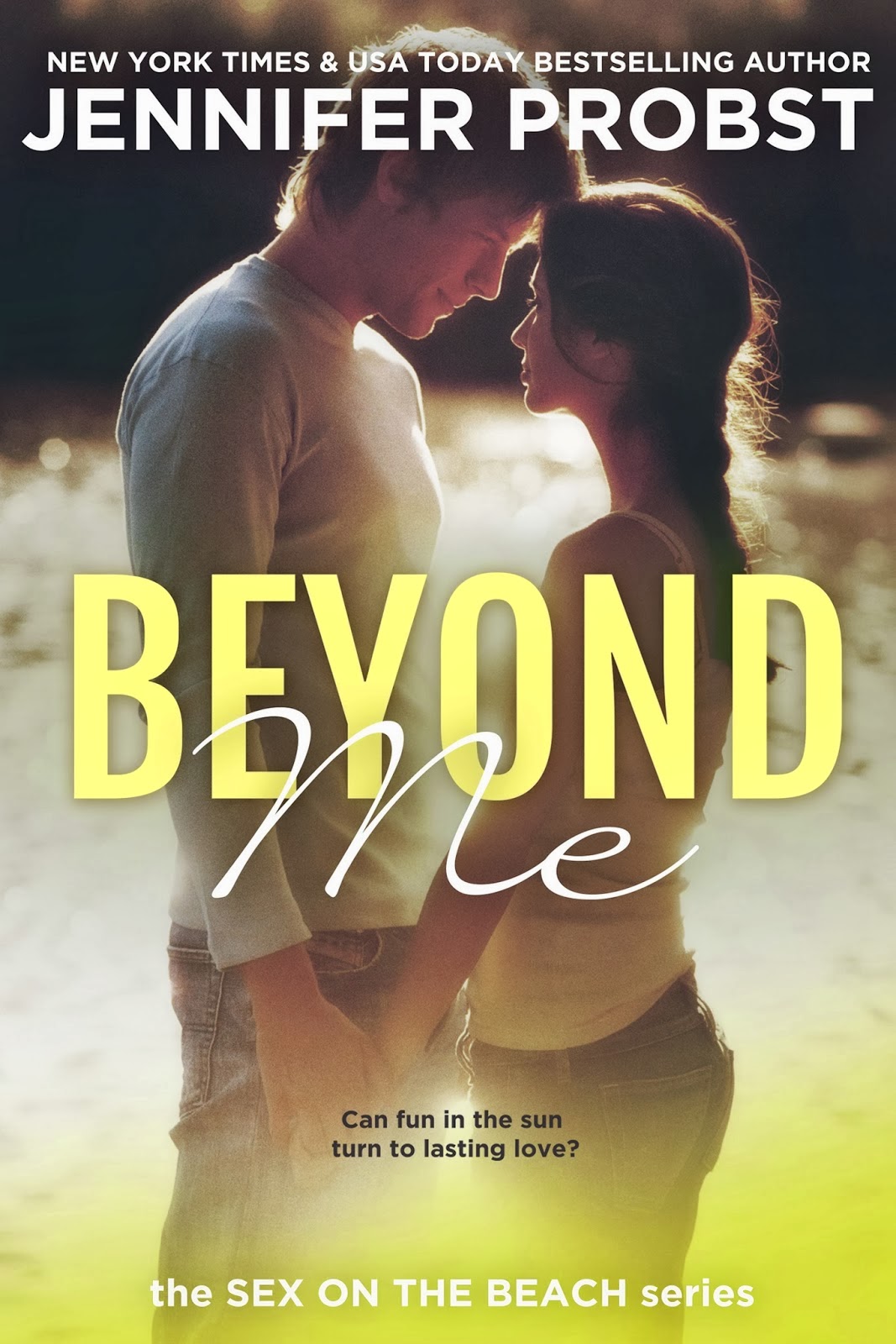 CAN FUN IN THE SUN TURN INTO LASTING LOVE?

Spring break in Key West with my besties was supposed to be casual fun. But I never expected to meet James Hunt. Sex and frolic? Yes! A relationship? No. But his hot blue eyes and confident manner drew me in. And when he let me see the man behind the mask, I fell hard, foolishly believing there could be a future for us. Of course I never considered our relationship might be based on lies...or that his betrayal could rock my foundation and make me question everything I believed in...

OR WILL A LIFE BUILT ON LIES RUIN EVERYTHING?

The moment I saw Quinn I knew I had to have her. She hooked me with her cool eyes and don’t touch me attitude. I had it all, money, social status, and looks. I could get any girl I wanted...until her. When my friends challenged me with a bet to get her into bed by the end of the week, I couldn’t pass it up. But sex wasn’t supposed to turn into love. She wasn’t supposed to change me, push me, and make me want more for myself. She wasn’t supposed to wreck me in all ways. And now, if I can’t turn my lies into truth, I just might lose her forever... 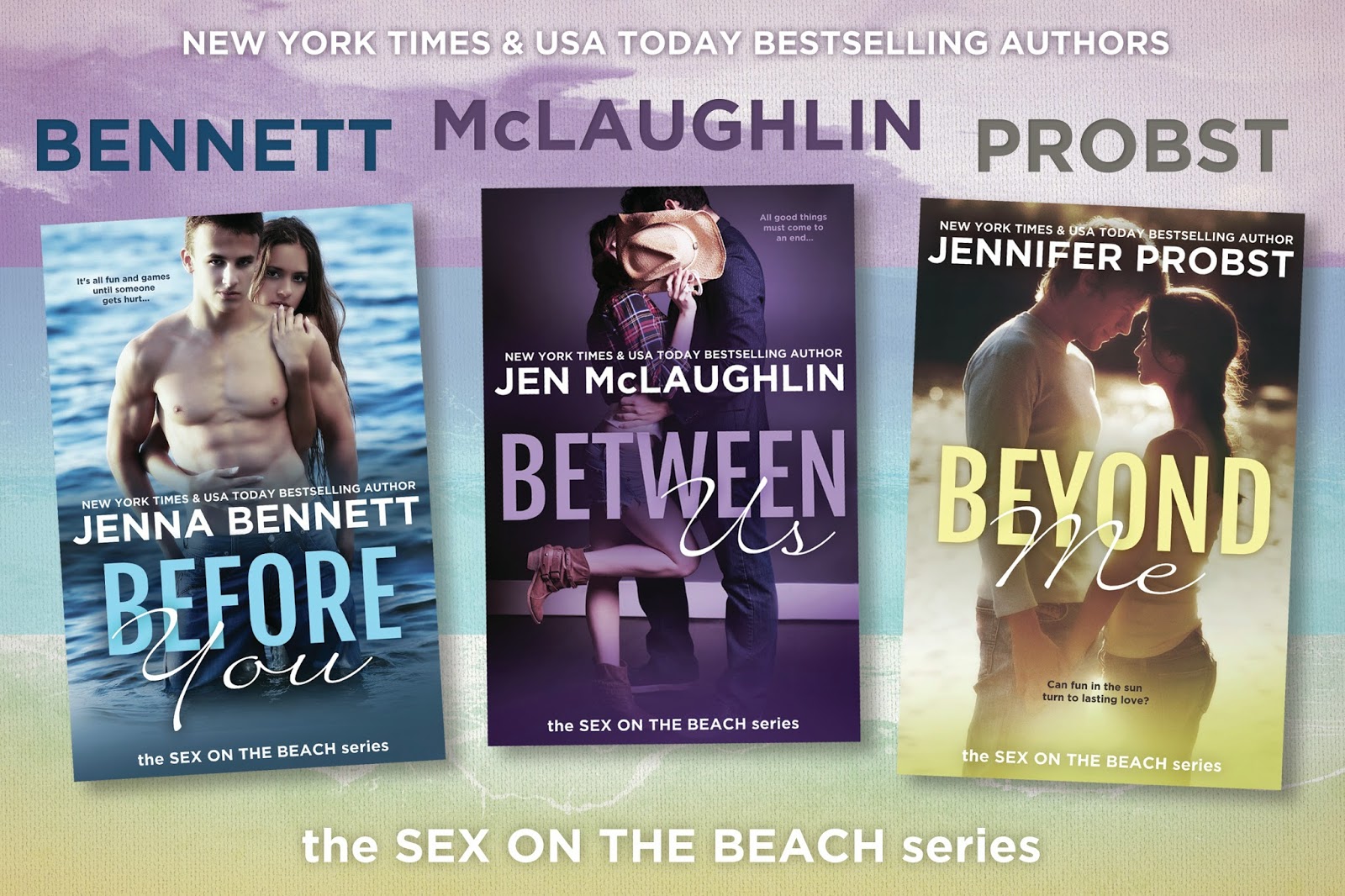 Sex on the Beach Series:
This is a multi-author series made up of the following linked titles. They can be read in any order or work as stand alone stories if you prefer. (The links below will take you to my reviews)
Before You - Jenna Bennett
Between Us - Jen McLaughlin
Beyond Me - Jennifer Probst

Review:
Beyond Me by Jennifer Probst is part of the Sex on the Beach multi-author series, the stories are linked by three main characters who have all gone on holiday together for spring break and who are looking for a little romance to go along with their sun, sand and cocktails. The characters spend most of their time apart going off and having their own adventures but they do meet up occasionally so you'll get glimpses of all three of them in each story. The books can be read in any order and they each work fine as a stand alone story so you can choose whether you want to read one, two or all three of them.

Quinn has had to work hard to get where she wants to be but she is willing to put the effort in if it means achieving her goals. She is quite shy and geeky so she feels a little lost when she is separated from her friends so they can all go on the hunt for a spring break fling but she's independent and determined to find her own fun so it doesn't hold her back for long. The sparks start flying the moment she meets James and she's pretty sure he'll be the perfect distraction to make her holiday one to remember. She thinks he's just a normal boy so she's not quite sure what to think when she discovers that he's actually a rich party boy who has spent the last few years wasting money and doing whatever he feels like. On the surface the two of them have nothing in common but the heat between them is impossible to resist and she's only in it for a fling after all. As it turns out they have a lot more in common that she ever could have imagined but James still has one major secret, one that could destroy their fledgling relationship if Quinn ever uncovers it.

I have to say that Beyond Me was my favourite story in the trilogy, I absolutely loved the chemistry between Quinn and James - they have more than a few smoking hot scenes! - but what I loved most was seeing them spend time together outside of the bedroom. They take the time to get to know each other and they both open up about not just their pasts but also about their dreams for the future. James isn't just the rich, arrogant playboy that he first appears to be and there is a lot more to his character than meets the eye. He is actually a really nice and genuine guy once you get to know him, he is sick of the party lifestyle that he's been living but hasn't figured out a way to change his life for the better. Quinn makes him want to turn things around but he doesn't do it just for her, he does it because she shows him that he is someone who deserves to find happiness and live his dreams.

I found their relationship developed really naturally and although the timeline was just as fast as the other two novellas I felt the outcome of things between them was much more believable. This was probably helped by the way things played out at the end of their week together (I can't say more here without giving spoilers so I apologise for being vague!) and by the fact that the epilogue to their story is set several weeks later. Beyond Me is another fabulous story from Jennifer Probst and it's a must read for contemporary romance fans.

Other Reviews:
Bittersweet Book Love
If you have reviewed this book on your blog please leave a link to your review in the comments & I'll add the link here.