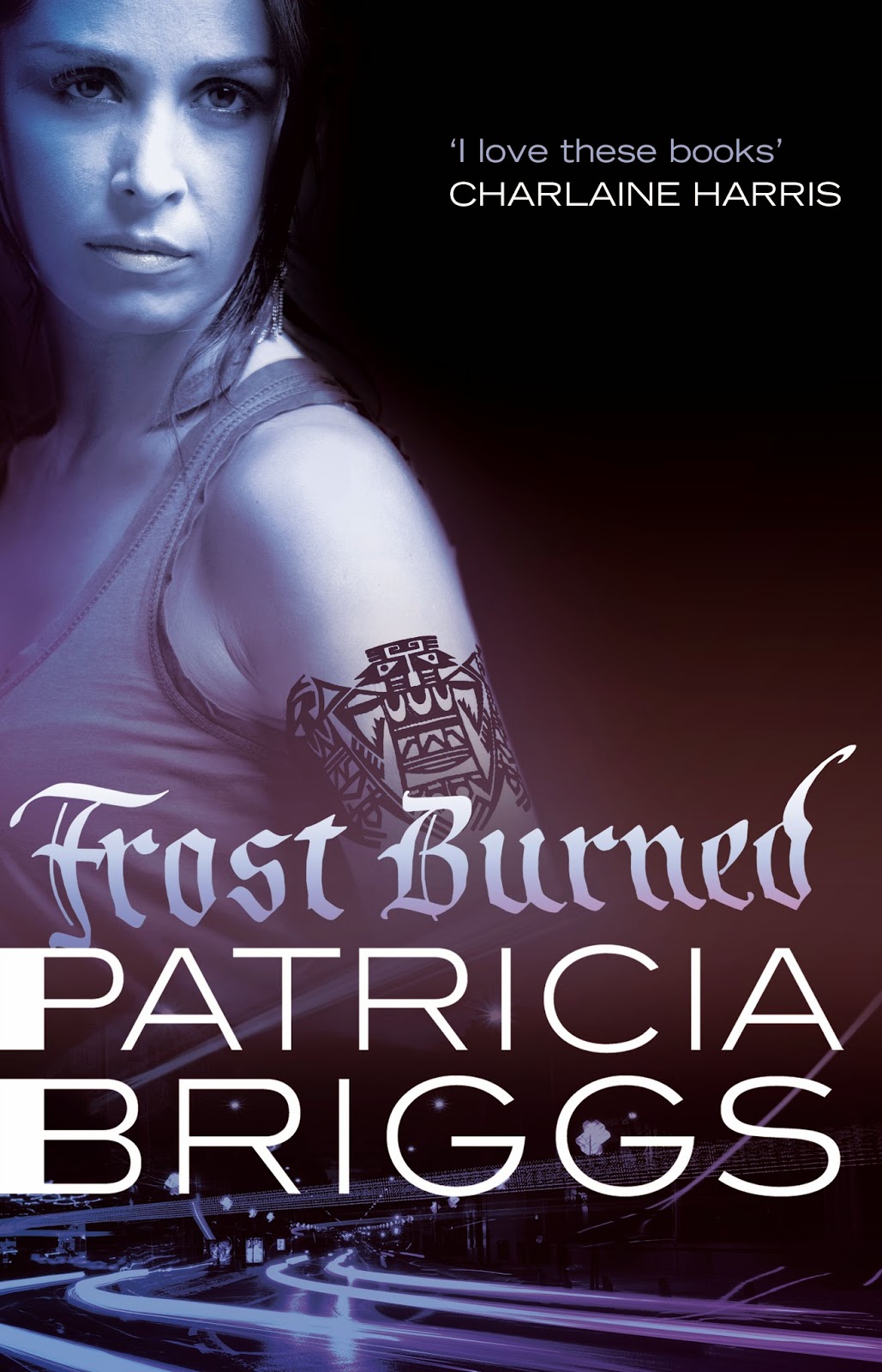 Mercy Thompson's life has undergone a seismic change. Since becoming the mate of Alpha werewolf Adam and stepmother to his daughter Jesse, her life finally seems to be calming down. But after an accident in bumper-to-bumper traffic, Mercy suddenly can't reach Adam or the rest of the pack. All she knows is that Adam is angry and in pain.

With the werewolves fighting a political battle to gain acceptance from the public, Mercy fears Adam's disappearance may be related - and that the pack is in serious danger. Outclassed and on her own, Mercy may be forced to seek assistance from any ally she can get, no matter how unlikely.

Review:
Mercy should be settling into life as Adam's wife and Jesse's step-mother but when a Black Friday shopping spree ends in an accident and not only Adam but the entire pack aren't answering their phones she knows something has gone horribly wrong. Discovering that the whole pack has been abducted sets Mercy in full on rescue mode, especially when she can feel Adam's suffering through their mate bond. The only member of the pack not captured was Ben and along with him, Tad, Stephan and a few new allies Mercy sets out to rescue the others and bring them home safely.

I'm happy to admit that I'm a fan girl when it comes to this series and Frost Burned was another great instalment. Anyone who is also reading the Alpha & Omega series knew to expect big changes after the major events at the end of Fair Game but I definitely wasn't expecting an enemy powerful enough to take down the entire pack! I think one of the things I love so much about this series is that Patricia Briggs is always throwing curve balls at us and she consistently manages to surprise me with her plot twists. I was a bit disappointed when I realised that Mercy and Adam were going to be separated for at least part of the novel but getting a couple of chapters from Adam's point of view more than made up for that fact! It was so nice to get a chance to see inside his head and understand exactly what Mercy means to him.

Actually it was quite nice to see Mercy on her own without the pack for back up for a change, I've always loved the fact that even though she isn't as strong as the wolves physically she is able to stand up for herself. In this case she also has Jesse and Kyle to protect while she searches for Adam and the others so she really has her work cut out for her. I was pleased to see Stephan back on the scene and I also really enjoyed getting to know Tad a bit better but the best thing was a surprise appearance by Asil (who is a regular in the Alpha & Omega series). He is completely crazy and more than a little dangerous but I've been fascinated by his character since we first met him so it was nice to see him out and about causing trouble with Mercy.

I love these characters, I love this world, I love the fast paced stories full of plot twists and shocking surprises, I love how things are changing with the werewolves now they've come out to the public and I'm incredibly excited to see how the new situation with the fae effects things as the series continues. Patricia Briggs is an auto buy author and my only complaint is that she just doesn't write fast enough (surely a new book every month isn't too much to ask?).