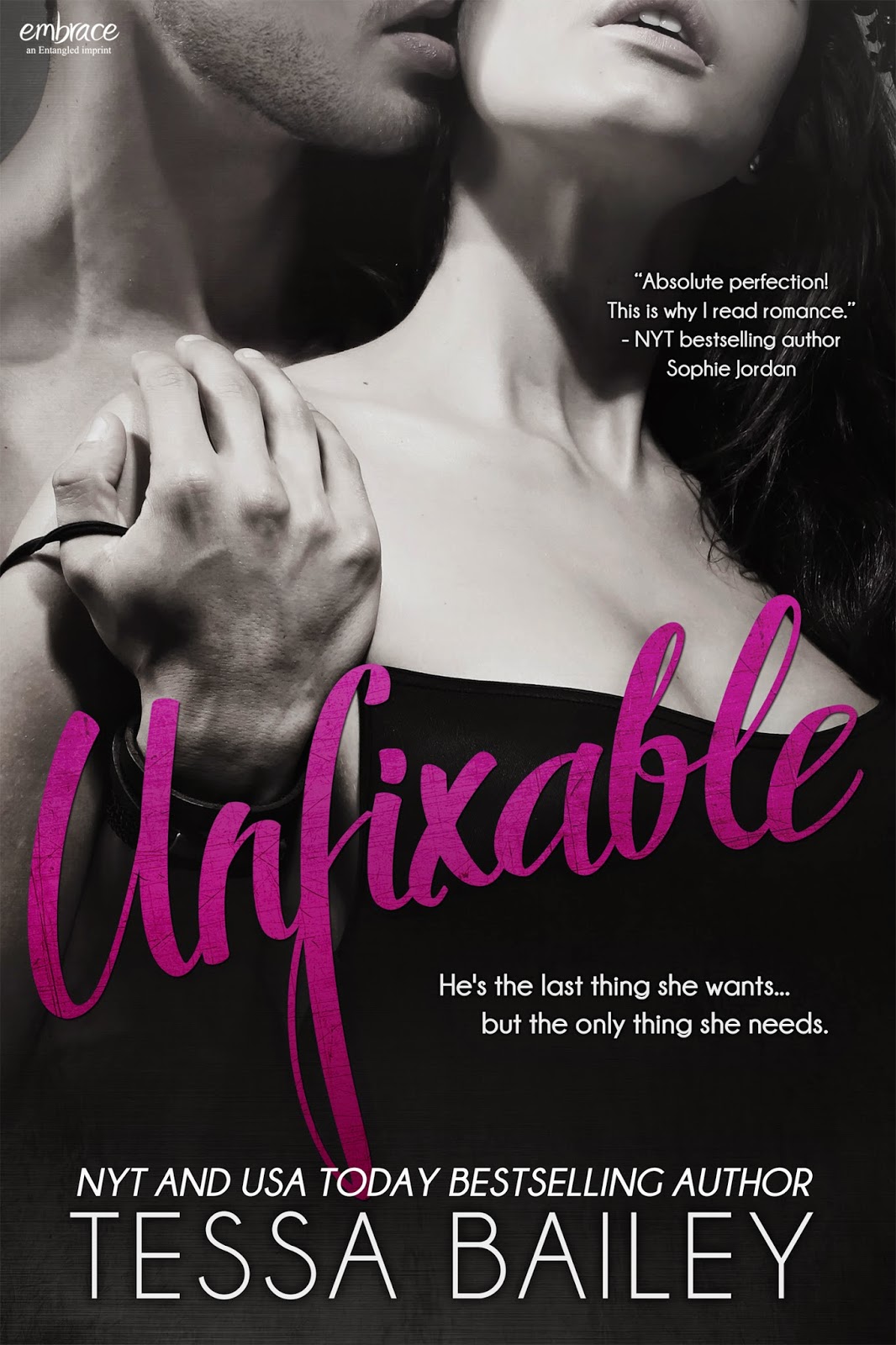 He’s the last thing she wants...but the only thing she needs.

Willa Peet isn’t interested in love. She’s been there, done that, and has the shattered heart to prove it. Ready to shake the breakup, she heads to Dublin, Ireland. But there’s a problem. A dark-haired, blue-eyed problem with a bad attitude that rivals her own. And he’s not doling out friendly Irish welcomes.

Shane Claymore just wants to race. The death of his father forced him off the Formula One circuit, but he’s only staying in Dublin long enough to sell the Claymore Inn and get things in order for his mother and younger sister. He never expected the sarcastic American girl staying at the inn to make him question everything.

But even as Willa and Shane’s fiery natures draw them together, their pasts threaten to rip them apart. Can Shane give up racing to be with the woman he loves, or will Willa’s quest to resurrect the tough-talking, no-shit-taking girl she used to be destroy any hope of a future together?

Review:
Unfixable is Tessa Bailey's first new adult novel but I'm not sure if it is the start of a new series. If you have read her adult contemporary Line of Duty series then you'll already be familiar with our heroine Willa though. Willa is the younger sister of Ginger and she was a side character in the novel Protecting What's His and the novella Protecting What's Theirs. I loved Willa's character before so I was really excited to find out that she was getting a book of her own and I couldn't wait to read Unfixable.

Willa has just split up with her first boyfriend and she just wants to get away from it all. She spent the last 2 years trying to change into something she wasn't to keep her ex happy and she doesn't really know who she is any more. The timing couldn't have been better for winning a trip to Ireland in photography contest and she's looking forward to spending some time on her own and rediscovering herself. The last thing she is looking for is a fling but meeting Shane may test her resolve more than she expects. Shane is a Formula One race driver who has been forced to take a break from his dream job to help at his family's Inn after the death of his father. His plan is to sell the Inn as quickly as possible and get back to his life on the race track so his attraction to Willa takes him completely by surprise and isn't exactly something he's thrilled about. As they embark on a reluctant fling will their hearts get in the way of their dreams or will they discover something new to be passionate about?

Considering how much I already loved Willa from her previous appearances I had high hopes for this book but while I liked it I found I didn't enjoy it as much as I expected to. There are certainly some sweet moments between Willa and Shane but I actually found I enjoyed her interactions with his mother and sister more. Willa came across as quite self involved and hard edged in the beginning of the book, she's much more prickly than I thought she would be and the way she was so determined to keep everyone at arms length made me find it difficult to believe Shane would be so interested in her. It took me a long time to warm up to her character and I think that because we don't get to see things from Shane's point of view I just struggled to feel his connection to her. I really wanted to get inside his head and know what he was thinking.

The beginning of the story was quite slow and whenever I had to put my kindle down I didn't feel particularly inspired to pick it back up again. The story was nice enough when I was reading but I didn't have that compelling, addicted feeling towards it that makes a book unforgettable. The pace picks up nicely towards the end though and I found myself really enjoying the last few chapters. I also loved getting a glimpse into how Ginger and Derek are getting on a few months down the line from the end of their book, there are some really sweet scenes with them and Willa that made me smile.

Although Unfixable wasn't my favourite of Tessa Bailey's books it was still a likeable read and worth investing a couple of hours into reading, especially if you've read the previous books with Willa and want to see how things turn out for her. I'm a huge fan of this author's other series so I'll definitely be keeping an eye out for anything new she writes in the future.