Blog Tour: Jeff Povey introduces one of my favourite characters from his debut YA novel Shift - meet The Ape!

Recently I had the pleasure of reading Jeff Povey's debut novel Shift and I can tell you right now that I absolutely LOVED it! It's such a fun that kept me hooked from beginning to end (my full review will be posted later today) and I can't wait for you all to discover this fabulous new British author!

Jeff Povey has experience as a scriptwriter (for shows like Eastenders, Casualty, Silent Witness and Grange Hill) and you can really see that in the pacey way he tells his story. There is never a dull moment in Shift and I guarantee you'll be laughing all the way through it.

Here is a bit more information about the book: 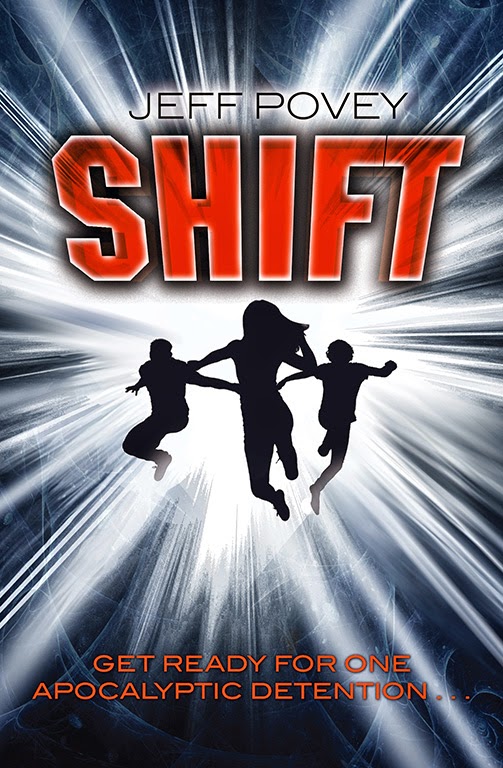 Get ready for one apocalyptic detention. These misfits are going to save the world!

Meet Rev, Billie, the Ape, Johnson, GG, Carrie, the Moth and Lucas, a motley crew of bickering teens who find themselves totally alone in the world after a strange power surge hits their classroom during detention. With no answers as to why or how the rest of the world has disappeared, the mismatched group is soon facing a bigger nightmare than they could ever imagine… Standing between them and the only way home are lethal duplicate versions of themselves, super powered teenagers who will kill anyone who gets in their way. Our unlikely heroes must somehow work together to save themselves… or they'll never see home again.

Shift is the first in a fast-paced, page turner of a series, filled with action, adventure and humour. Perfect for fans of Michael Grant, Charlie Higson and Antony Horowitz and for anyone who loves Misfits or Shaun of the Dead.

Visit the Shift Tumblr or Facebook pages for more information.

So now you know all about the book I'm thrilled to welcome Jeff Povey to the blog today to introduce you to one of my favourite characters - The Ape! Please give him a warm welcome!

Everywhere I’ve ever been there’s always an Ape-type close by. Usually bellowing something, usually a little bit intimidating and boisterous, and very much a manboy who is much larger than his mates and always judged on his physicality and the loud noise he makes. In fact we pre-judge these Apes to such an extent that we never bother to get to know them.

So my intention was to try and bring that character to readers. To show that underneath there is a good person who lives by simple rules and because what you see is what you get then ultimately he is the most honest of characters. Complex brooding heroes have their place and quite rightly so but there are other types of hero that need to be given their day in the sun. This happens to be the Ape’s time.

He is based on a boy I know who would never for a minute recognise himself so he will remain anonymous. This boy is sort of blunt, very physical, dresses badly, is always loud, eats everything but has a heart of gold. I took some of his more robust elements and expanded on them, eventually boiling them down to three basic reactions to whatever the Ape encounters.

Do I tell it jokes?

Those are the three thought processes that the Ape has. He pounds through life, constantly hungry and blissfully unaware of social and moral codes. He isn’t loud in cinemas in an attempt to annoy people, he just has a loud voice. He doesn’t mean to completely encroach on your personal space, he just wants to talk. He never intends to smash things, he just gets carried away in the moment.

The Ape has no fear because he isn’t clever enough to see two outcomes to a fight. He thinks that he can only win. He loves girls and knows for sure that they love him even though he hasn’t had a girlfriend ever. He thinks he’s popular and that everyone should be happy to be around him. He possibly doesn’t have any idea that most people can’t stand him. He doesn’t do bitchy, or deep, or angst-ridden. He doesn’t even try to be a hero, he just does what he thinks is right at the time. And he is always going to be there to protect Rev. He has an invisible thread to her, one of those unspoken bonds that neither know is there, but he would tear the planet apart if it meant keeping her safe.

With regard to the Ape and Rev’s friendship there is very much an undercurrent of something a little deeper going on. Beauty loved the Beast but we all knew he was a handsome prince underneath and she only really got with him when the curse was lifted. The Ape is just the Ape, there is no Prince trying to escape. I’m not sure he would recognise that he loved someone anyway, but one day he will hopefully find someone who will love him for what he is. The Ape is the true hero of the trilogy but he won’t necessarily be the hero who gets the girl.

The Ape is a great character to write dialogue for. He can say anything and not be governed by a personal history of learning what not to say. Everything is up for grabs; in Book Two he claims that Jesus must be the first zombie because he came back from the dead. His comments aren’t meant to be offensive, they’re more the thoughts that people might have but also know to keep to themselves.

“This other Rev’s boobs look bigger than yours. Just going to zoom in to check.”

He’s clearly not the most eloquent person around and again he’s not the archetypal hero who spouts cool lines and clever quips. He’s a force of nature and when the chips are down you’ll want him right beside you. Not talking – but fighting.

Thanks for a fabulous post Jeff, I really grew to love The Ape when I was reading Shift. He has such a straightforward outlook on life and he doesn't play games with people. I actually felt kind of sorry for him that nobody could ever remember his real name though!

Make sure you check out the other stops on the Shift blog tour for your chance to meet the rest of the characters and find out more about the book: 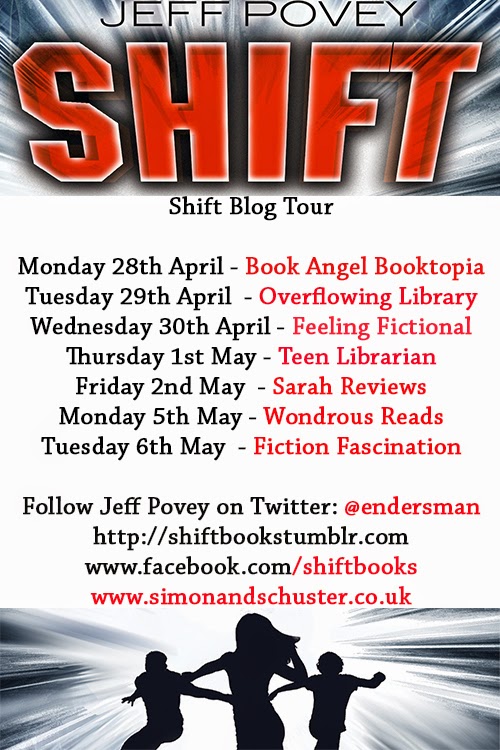