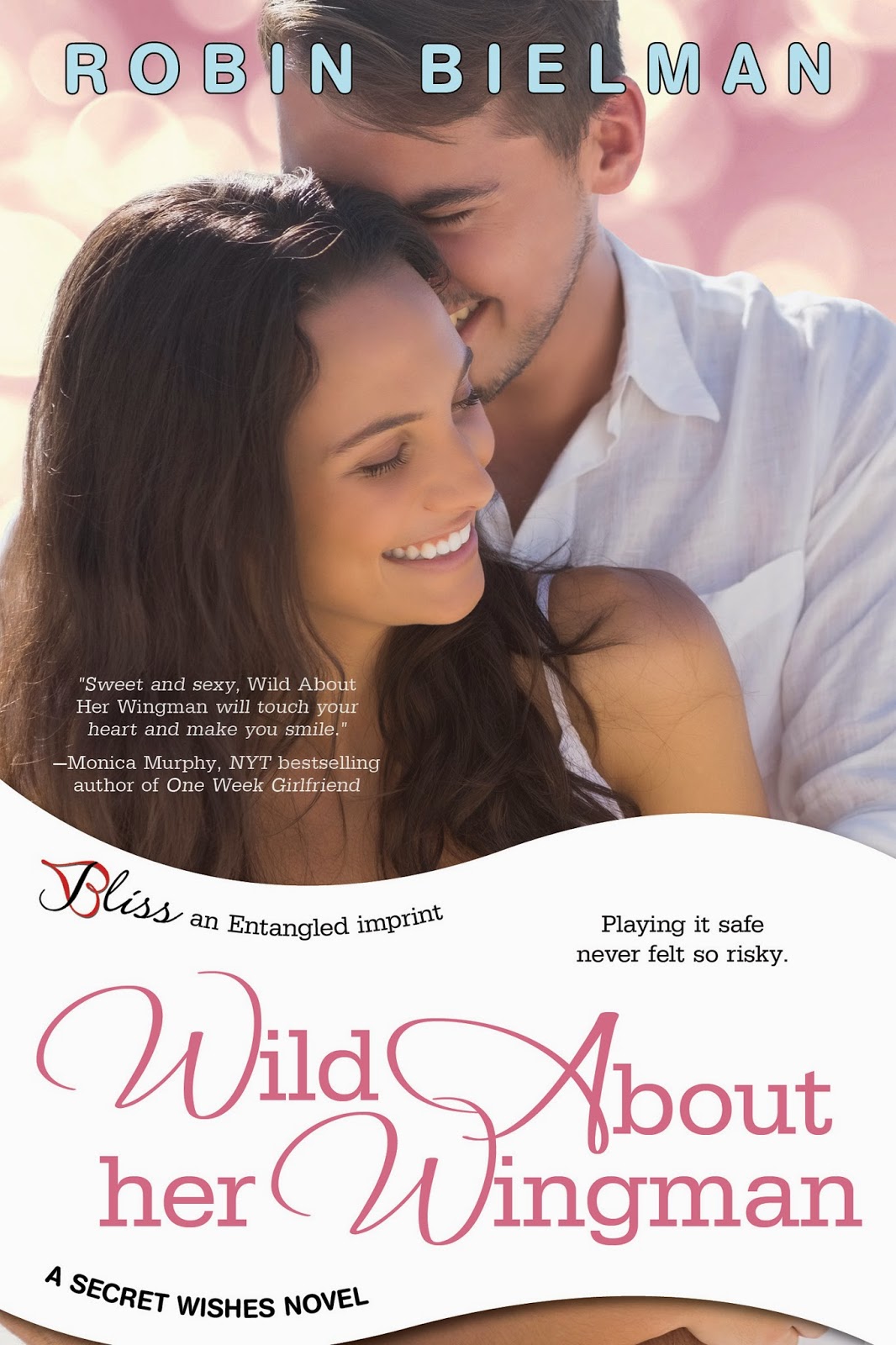 Erin Watters is her small town’s resident wild child—she doesn’t do boring, and after having her heart annihilated, she definitely doesn’t do relationships. Her friends have other ideas, though, and when they throw down a matchmaking challenge, impulsive Erin can’t ignore it. Even when the annoyingly hot Troy Strieber accepts the matchmaker role...

As a rescue paramedic, Troy’s used to watching out for people. Never mind the bet he made with his buddy to play Erin’s wingman. But the more time he spends with the sexy, charismatic woman, the more he discovers a side of her she doesn’t let many see. Soon what started as an innocent game of matchmaking has them both thinking about the person right under their nose. But Troy’s a play-it-safe guy, and he won’t let a woman who lives for risk ever steal his heart.

Review:
After getting her heart broken by her first love Erin has sworn off relationships and now sticks firmly to her no more than three dates rule. Seeing so many of her friends and siblings fall in love has made her start to think about having someone in her life more long term though but even if the idea of a boyfriend is intriguing she has no intention of letting her heart get involved. She can never refuse a challenge though so when friends bet her she can't find the perfect boyfriend she sets out to prove them wrong. She isn't the only person involved in the bet though and sexy paramedic Troy has been designated her wingman. The more time Erin and Troy spend together the more they start to realise how good they could be together but Erin isn't the only one who is wary of relationships. He dated a thrill seeker before and it nearly cost him everything so as much as he admires Erin's adventurous spirit it also scares him. Can they learn to let go of the past and take this chance at happiness?

Robin Bielman's Secret Wishes novels have become one of my favourite small town romance series. I really enjoyed the first two stories but I think Wild About Her Wingman has to be my new favourite. It has everything I've come to expect from this author - the family and friendship of characters we've already grown to love, the fun banter and laugh out loud humour, the meddling townsfolk who love to gossip and of course the really sweet romance that develops between Troy and Erin. The only thing missing is the smut, don't worry there is plenty of flirting, smouldering looks and hot kissing but beyond that this is a fade to black series which I know a lot of people prefer.

Erin is a great character, she's confident in herself and she knows what she wants from life. She loves to have fun and is very free spirited but she doesn't take undue risks and as much as she's got the reputation as a wild child she's really quite a homebody. She loves her family and would do anything to help the people she cares about but she also tends to hold herself back. Ever since her ex-boyfriend betrayed her in the worst kind of way she has been wary of giving anyone her full trust, even her friends and family. Troy is the kind of hero we can all fall for, definitely no bad boy he's a caring man who looks after his mother, sister and niece. He moved home to be near them after his brother in law died and he takes his responsibilities seriously. Troy is very much a knight in shining armour, always going out of his way to help people, and that shows in his choice of career as well as in his every day actions. As much as I love a fictional bad boy Troy is actually much more like the kind of guy I'm attracted to in real life.

There is just so much to love about this story, I laughed out loud on multiple occasions and I swooned alongside Erin when Troy did something sweet. I think what I enjoyed most is that they become friends before anything else, they get to know each other slowly and I had fun spending time with them both. I also loved getting to catch up with the previous couples and seeing what they're up to now, you might recognise a few of the characters who are meddling to get Troy and Erin together from the other books. I would say you can probably get away with reading this series out of order because each book features a different main character but I'd be happy to recommend all 3 stories so far because they've all been great reads. I have a feeling that we might get Erin's little sister Teague's story next but whoever the main characters are Robin Bielman's next book will automatically go straight to the top of my wish list. 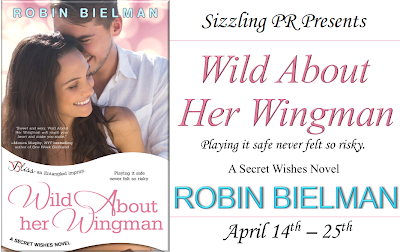 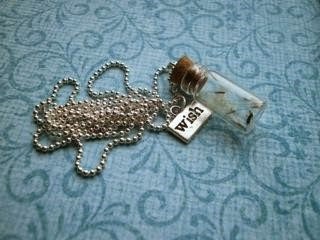 As part of the blog tour Robin Bielman is giving away Three (3) Make-A-Wish necklaces.

May all your wishes come true with this small Glass Vial Dandelion seed Make-A-Wish necklace!

You can enter the giveaway using the Rafflecopter form below. Winners will be announced via Rafflecopter and they will be contacted directly by Robin so she can arrange to send out the prizes.