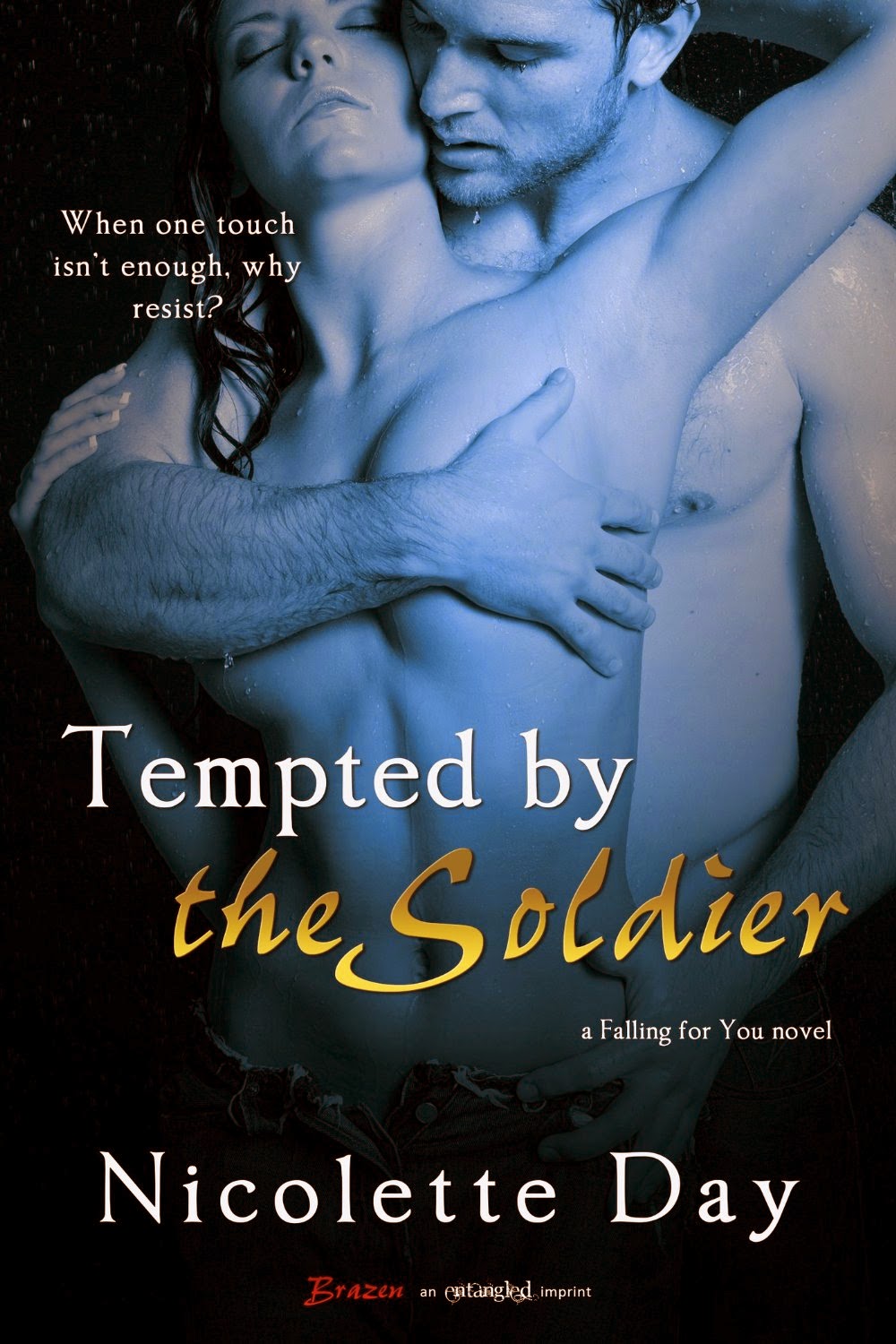 When one touch isn't enough, why resist?

Road trips are supposed to be fun. Or, at least, full of hot sex. For photographer Lilly Grayson, the fifteen-hour drive to her friend’s wedding with Nate Jennings will be neither. Not that Nate isn't sexy—the man is six-foot-three-inches of mouth-watering Marine. But Lilly’s been there, done that...and he walked away. Now it’s time for a little payback. The kind that’ll make a man desperate for a taste of what he can’t have.

And Nate wants a taste—so badly that he can barely keep his hands on the wheel. But the scars and ghosts of his last tour still haunt him. He can’t give into temptation, not this time. Lilly deserves a whole man—one who can love her the way she deserves to be loved, even if she doesn't believe it can happen. And that can’t be Nate. Not when he’s leaving again in two weeks, and this time, he’s not sure he’ll return...

Falling for You Series:
No Strings Attached (Novella)
Tempted by the Soldier

Review:
After really enjoying No Strings Attached I couldn't wait to read Nicolette Day's first full length novel Tempted by the Soldier and I have to say it was even better than I'd hoped it would be. I had so much fun reading this book and I can't wait to see what this author comes up with next - she's definitely been added to my list of must read authors! Lilly is Hayden's best friend and Nate is Jace's brother so both characters were around in No Strings Attached but they didn't have a huge amount of page time so we don't know them well before starting this book. Although you can read this as a stand alone novel I would recommend reading the series in order if you can because of this rounds off the previous couple's story really nicely.

Nate is a Marine who was badly injured in a helicopter crash on his last tour of duty, he has recovered physically but he is suffering badly with PTSD and is an emotional wreck. He feels so guilty that he was the only survivor of the accident and he doesn't feel that he deserves to be happy. Lilly is beautiful, feisty and everything he could ever dream of but he is convinced that he isn't good enough for her and he is determined not to get involved in her life. Lilly and Nate shared an incredible night together a year ago and she really thought there was a connection between them, until he walked away from her the morning after and has been pushing her away ever since. She may still be attracted to him but there is no way in hell that she'd ever give him another chance to hurt her like he did before. When circumstances force her into a road trip with Nate she sets out to show him exactly what he walked away from but she's finding it harder to keep him at arm's length than she expected to.

I'm a sucker for a damaged hero and they don't come much more emotionally wounded than Nate so of course it didn't take me long to fall for him. It helps that he's a sexy hunk of alpha male who is ALL about the smouldering looks and flirty banter. His nickname is "Private Panty Melter" and boy does it fit him! I'm amazed that Lilly managed to hold out for as long as she did because their chemistry was off the charts and about to set fire to my kindle. Nate can come across as a bit of an ass at first because he does everything in his power to push her away and that includes saying some quite hurtful things to her. We get to see the story from both character's point of view though so even when he is being an idiot we get to see his thought process and understand why he's acting that way.

Thankfully Lilly isn't a pushover and she totally calls him out on his bad behaviour, she punishes him in some truly fantastic and creative ways and I loved her for that (watch out for the truck stop bathroom scene - I laughed so much I nearly cried!). Lilly is a great character, she is down to earth, modest and a lot of fun and I think she'd be a great friend. Nate is lucky that she is forgiving too because not everyone would take him back after the way he acted initially no matter how irresistible he is. He does have to work to earn her favour and the banter between them is fabulous, neither of them like to lose an argument and they'll do whatever it takes to one up each other which is very amusing to watch.

I expected this to be a light and fluffy read - nothing wrong with that, I enjoy my palette cleanser romances - but I actually ended up with a story that has a lot of heart. These characters are both damaged individuals but they come together and make each other stronger. The story was still a huge amount of fun, full of witty banter and extremely hot sex but the characters also go on a satisfying emotional journey and it left me with a huge smile on my face.