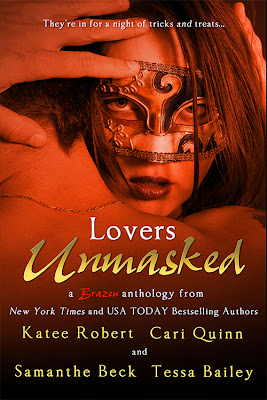 Mystery and intrigue surround Halloween night as friends surrender to long-hidden desires, lovers relinquish control, and the heat of passion threatens to consume them all...

Seducing Mr. Right by Katee Robert
Danielle has a plan—use the company Halloween party to seduce the sexy mail guy who works a few floors up who she’s been meeting for coffee for the past few months. The only problem? He’s not who she thinks he is, and he has seduction plans of his own.

Tempted by His Best Friend by Cari Quinn
Kindergarten teachers aren’t known for breaking the rules, but Steph is ready to go undercover—and get under the covers—to work her magic on her best friend, Landon. Sexy costume necessary, multiple orgasms crucial, real identity optional.

Wicked Games by Samanthe Beck
When Stacy discovers her sex-on-a-stick ex at her Hollywood Halloween blow-out, she decides to show the cocky homicide detective exactly what he's been missing. But she’s not the only one plotting revenge, and Ian’s the only one who can save her.

Protecting What’s Theirs by Tessa Bailey
Lieutenant Derek Tyler and Ginger Peet have overcome every seemingly impossible hurdle on the path to happiness, but when they each receive life-changing news on the same day, will their hard-won trust stand up to the test? Or will their attempts to shield one another drive them apart?

For more information about any of these authors you can visit their websites by clicking the links below:
Katee Robert
Cari Quinn
Samanthe Beck
Tessa Bailey

Review:
I have read and enjoyed stories by all four of the authors in this anthology before so as soon as I heard about Lovers Unmasked it went straight to the top of my wish list! If you're looking for some fabulous sexy novellas with a Halloween feel to them that make perfect holiday reading then this is definitely the book for you. All of these stories are high on the heat level and will leave you desperately in need of a cold shower! 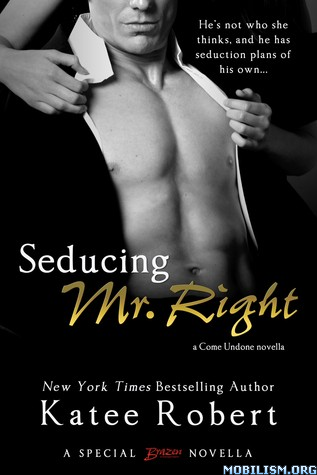 Danielle has been spending time with the mail man from the building she works in for months now, they've become close friends but she thinks its about time for them to take things to the next level so she decides to seduce him at the office Halloween party. Grayson has been wanting to make Danielle his for a long time but he has a big secret and is worried that she'll never forgive him when she finds out the truth. Can they find a way to work things out?

I loved the first 2 books in the Come Undone series so I was really looking forward to reading this story, I believe that Danielle was introduced in the 3rd book but I haven't actually read that one yet (something I need to rectify ASAP!) and you can easily read this as a stand alone story. Seducing Mr. Right was a fabulous story and I absolutely loved Grayson, he is definitely a dominant guy in the bedroom and he loves it when Danielle submits to his desires but at the same time he appreciates her independence and encourages her to fulfil her dreams. Another must read from Katee Robert that just cements her place on my must read authors list.


Tempted by His Best Friend by Cari Quinn

Steff and Landon have been best friends since college, they have always spent a lot of time together and Steff finally realised that her feelings towards Lan were a lot stronger than friendship. She tried to move their relationship forward by flirting with him but Lan just pulled further away from her and has spent months avoiding spending time alone with her. Steff is determined to show him how good they could be though so she finds the perfect costume and plans to seduce him at a Halloween party.

I love a good friends to lovers story and Tempted by His Best Friend was a great one. Steff and Lan have fabulous chemistry but they also have a very strong bond of friendship. Steff isn't the only one who has developed feelings over the years but Lan is terrified of taking things further and potentially ruining their friendship if they don't work as a couple. Thankfully Steff takes matters into her own hands and persuades him to give them a chance. I don't believe that this story is part of a series but I really hope that Cari Quinn writes a book for Steff and Lan's other best friend Craig. I definitely got the vibe that he has a tale to tell and would love to see his HEA (it would also be a great way to get to revisit Steff and Lan and see how they're getting on further down the line!). 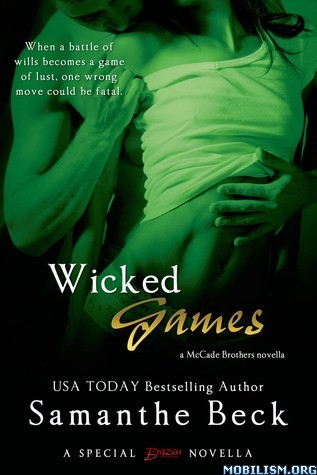 Ian and Stacy had been together for a year before Stacy panicked and ended the relationship when it started to get too serious. She loves him but she's worried that her past as a stripper will have a negative effect on his career as a detective. Ian knows all her deepest secrets though and they don't bother him in the slightest. He is determined to win her back so when a stalker starts sending her threatening letters it gives him the perfect excuse to insert himself back into her life.

Although Wicked Games does work as a stand alone I think you'll get much more enjoyment out of it if you've read Lover Undercover first. I loved Stacy and Ian's side romance in LU and that is where you see them meet for the first time and fall in love. This was my favourite story in the anthology, I absolutely loved catching up with these two and also seeing how Kylie and Trevor are doing a year down the line. Ian gets quite a treat in the private room of the strip club where the Halloween party is being held - this is definitely a steamy series! - but can he protect Stacy from her stalker and convince her to take a chance on love?


Protecting What's Theirs by Tessa Bailey 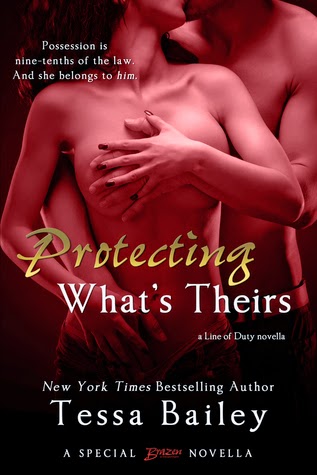 Derek had a hard time persuading Ginger to take a chance on a relationship but he promised they would always be honest with each other. Now he is hiding something to protect her but his guilt is making Ginger feel that he is slipping away from her. Ginger has some major news of her own but she is too scared to tell Derek when he is being so distant. Is their relationship strong enough to survive this latest test?

I would definitely recommend reading Protecting What's His before picking up Protecting What's Theirs. This story is like a very long epilogue to the first book and revisits the main characters Ginger and Derek about a year after they got together. Their relationship is really put to the test in this one, they both make mistakes but nobody is perfect and they have to try and learn from so they can come out stronger on the other side. I always love revisiting couples further down the line so it was great to catch up with them both and I really enjoyed seeing them work through their issues.