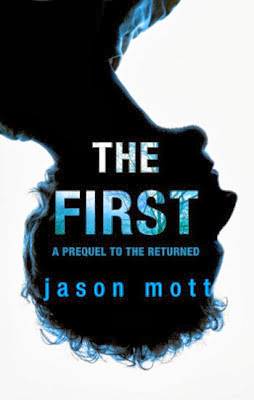 In Jason Mott's haunting and unforgettable debut novel, The Returned, an impossible miracle is occurring all across the globe. Read how it all begins in this short story, The First.

It's been just over a year since Edmund Blithe died, and just over a month since his fiancée, Emily, stopped wearing her engagement ring. Emily has finally begun to move on… Until Edmund mysteriously and inexplicably returns, sending the world—and Emily—into a tailspin.

Edmund is only just the beginning. Around the world, people's loved ones are returning from beyond, seeking only to reenter the lives they left behind. As the world dives deep into uncertainty, Emily and Edmund are determined to find their way back to one another…even if it means risking everything.

The reappearances continue in The Sparrow, and look for The Returned from Harlequin MIRA, a moving tale of a family given a second chance at life and a world where nothing—not even death—is certain.

Review:
The First is one of three short story prequels to Jason Mott's debut novel The Returned, these stories are currently all available for free on Amazon and other ebook stores (I don't know if this will change in the future) and are a nice introduction to the world that the author has created. The novel already has a lot of hype surrounding it and has even been picked up by Brad Pitt's production company to be turned into a TV series so I was very curious to try these prequels.

In this story Emily has been grieving for her fiancé Edmund ever since he died almost a year ago and she is finally facing up to the fact that it is time for her to move on with her life. Then one day Edmund mysteriously returns from the dead, not as a ghost but as a real living person. For Edmund it seems like no time has passed but for Emily everything is different, she is thrilled by the idea of having him back but terrified in case it isn't real. Can they find their way back to each other and make the most of the second chance they have been given?

This was an interesting taster and a great way to try out the author's writing style and see if you'd like to read The Returned, it even includes a sample chapter from the main novel at the end (I didn't read that myself because I hate starting a book and not being able to immediately read until the end) for anyone who is interested in reading it. Edmund is the first person to return from the grave and as such it causes widespread panic, especially when it becomes clear he isn't the only one. Nobody knows why some people are returning and we don't even start to get answers about that which shouldn't be surprising as I'm sure that's what the book will be about. Even though this is very short (around 25 pages) I liked both Emily and Edmund and I'm hoping we'll get to see more of them in the actual novel even though they aren't the main characters. The concept of people returning is an interesting one and I'm definitely planning on reading The Returned to find out more.