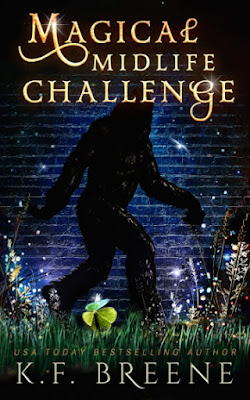 The signs are unmistakable, Momar isn't just targeting Austin's brother.
When one of Momar's grunts breaks into Austin's territory looking to grab Jessie for questioning, Jessie and her crew realize they are under fire. In order to protect themselves, it becomes obvious they need backup.
Thankfully, the basajaun's people have invited Jessie and her crew into the basajaunak lands. This is their golden opportunity to seek their help.
The problem is, a host of mages and mercenaries are following them. Once they take Jessie this time it won't be just for questioning, and she won't be coming back.
To omit this detail to the basajaunak would result in punishment. And everyone knows "punishment" with basajaunak is synonymous with an unmarked grave. But to tell them would get their visit canceled and force them to face the threat alone. Either way could mean certain death.
Decisions, decisions.
Welcome back to O'Briens, where the only certainty is that nothing is normal.
Leveling Up Series:
Magical Midlife Madness
Magical Midlife Dating
Magical Midlife Invasion
Magical Midlife Love
Magical Midlife Meeting
Magical Midlife Challenge
Visit K.F. Breene's website for more information

Review:
There was quite a long gap between the release of the previous book in the series (Magical Midlife Meeting) and this one so I took the time to indulge in a series reread before picking up this book and I found myself falling in love with this world and the characters all over again. This is just such a fun series to read and I love that the characters are older than you often see.
Jesse may be fairly new to the magical world but she's got plenty of life experience to draw from so she's able to hold her own. Her relationship with Austin was a real slow burn but things have reached well over boiling point now so we're getting more of the heat that I'm customary to in K.F. Breene's writing.
The side characters shine with all their crazy antics and this instalment lets us get to know so much more about the basajaunak which was fun. I did think we might get a little further information about Momar but it makes sense that Jesse and Austin are taking the time to build their power base and get as many allies as possible before the big showdown and I'm already excited for the next book so it's great that we only have a couple of months to wait!