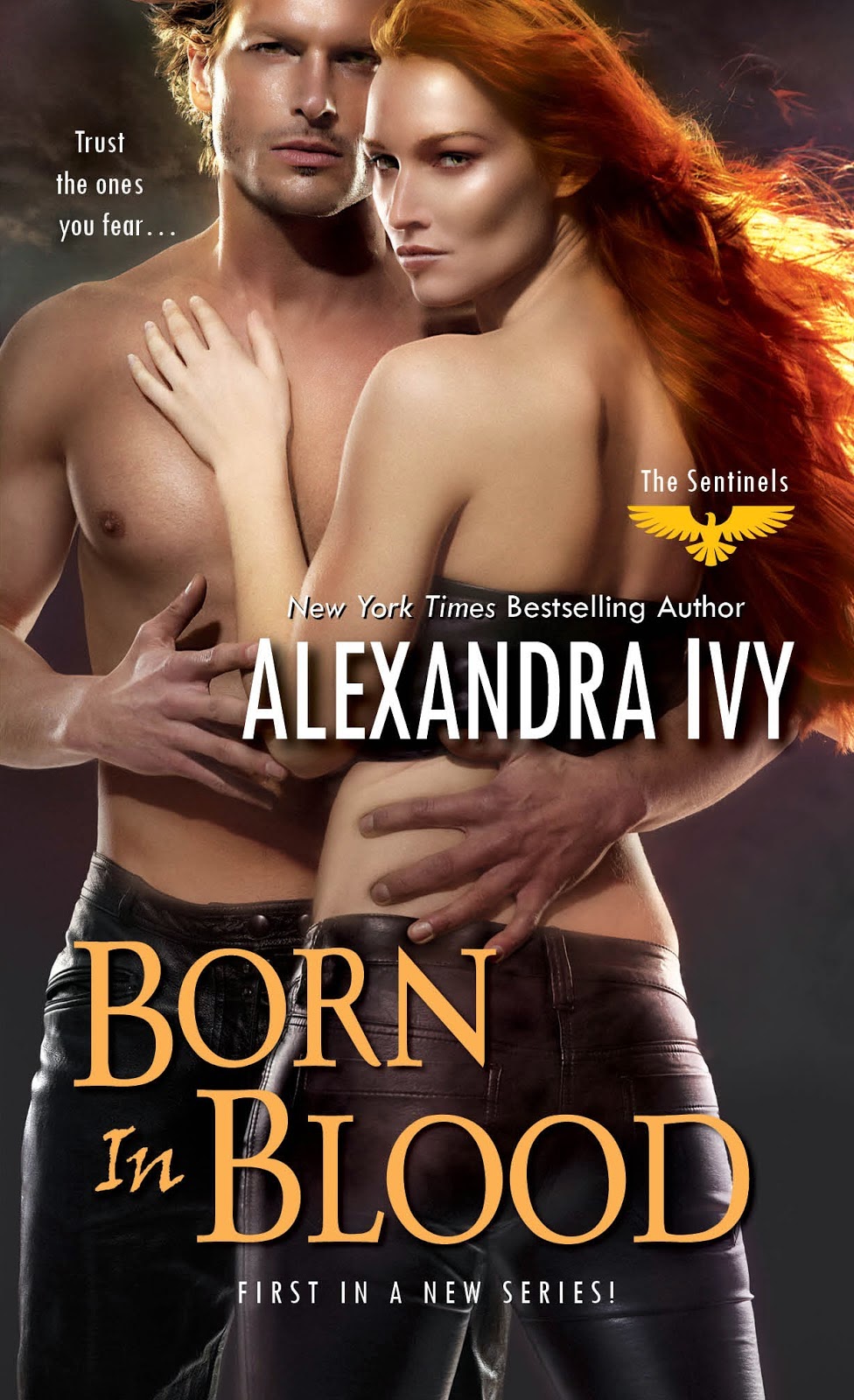 Unlike the other “high-bloods” in Valhalla, Callie Brown considers her abilities a gift, not a curse. But when she reads the dancer’s final thoughts, she senses a powerful presence blocking her vision. This is no ordinary homicide. This is the work of a legendary necromancer who controls souls. A ravenous force that will put Callie’s skills to the test, O’Conner’s career at risk, and both their hearts on the line…literally.

The Sentinels Series:
Out of Control (Novella in the Predatory anthology)
Born in Blood
Blood Assassin (2015)

Review:
This is the first book I've read by Alexandra Ivy, I've heard great things about her Guardians of Eternity series though so when I saw this Born in Blood, the first book in her new Sentinels series, available for review on Netgalley I jumped at the chance of reading it. I have to say I enjoyed the world set up, you have normal humans and then you have the high bloods who all have various different psychic abilities. The high bloods tend to keep themselves to themselves living in their own enclosed city called Valhalla and the regular humans consider them freaks. The humans may not trust them but that doesn't mean they aren't willing to call on them for help when they need it.

Callie is a powerful necromancer, her abilities make it possible for her to see the last few minutes of a dead person's life which makes her very useful when it comes to solving murders. Callie is willing to work with the humans but she has to face prejudice from them every time she leaves Valhalla. She works alongside a Sentinel whose sole job is to protect her and keep her safe from harm but for this case she is also partnered with a human cop Duncan. Callie and Duncan have worked together before and there is an intense attraction between them but Callie has never considered taking things further, after all Duncan is a human and he's not going to want to get to close. Duncan however has other ideas and he's determined to show Callie just how special he thinks she is. Their latest case brings them up against a dangerous and powerful enemy, someone who is powerful enough to block Callie's attempts to read the memories of their victims and both of their lives are on the line if they fail to stop him.

Alexandra Ivy has created an interesting world and I liked both of the main characters. Duncan has all the protective instincts of an alpha male but I loved the fact that he respected Callie enough to let her stand on her own two feet. It makes a nice change to see a woman who is the one running from the potential relationship, Duncan knows exactly what he wants but Callie is terrified of the though of meeting his human family and she doesn't think they could possibly accept her. She does work on resolving her issues though and I loved seeing Duncan help her build her self confidence.

There were a few things that stopped this from being a fantastic read rather than a good one but the main problem I had was how easily things were resolved in the end. Everything falls into place a little too quickly and easily and most of it is done off the page and we only find out about it through later conversations. Don't get me wrong, there is some action, but I wanted more of that. I would have liked to learn more about the different Sentinel abilities and to have seen them take more of a central role in saving the day.

Born in Blood is still a good start to his new series though and I'm definitely interested enough to want to carry on reading it. I also enjoyed Alexandra Ivy's writing style so will be checking out more of her back list when I have a chance.