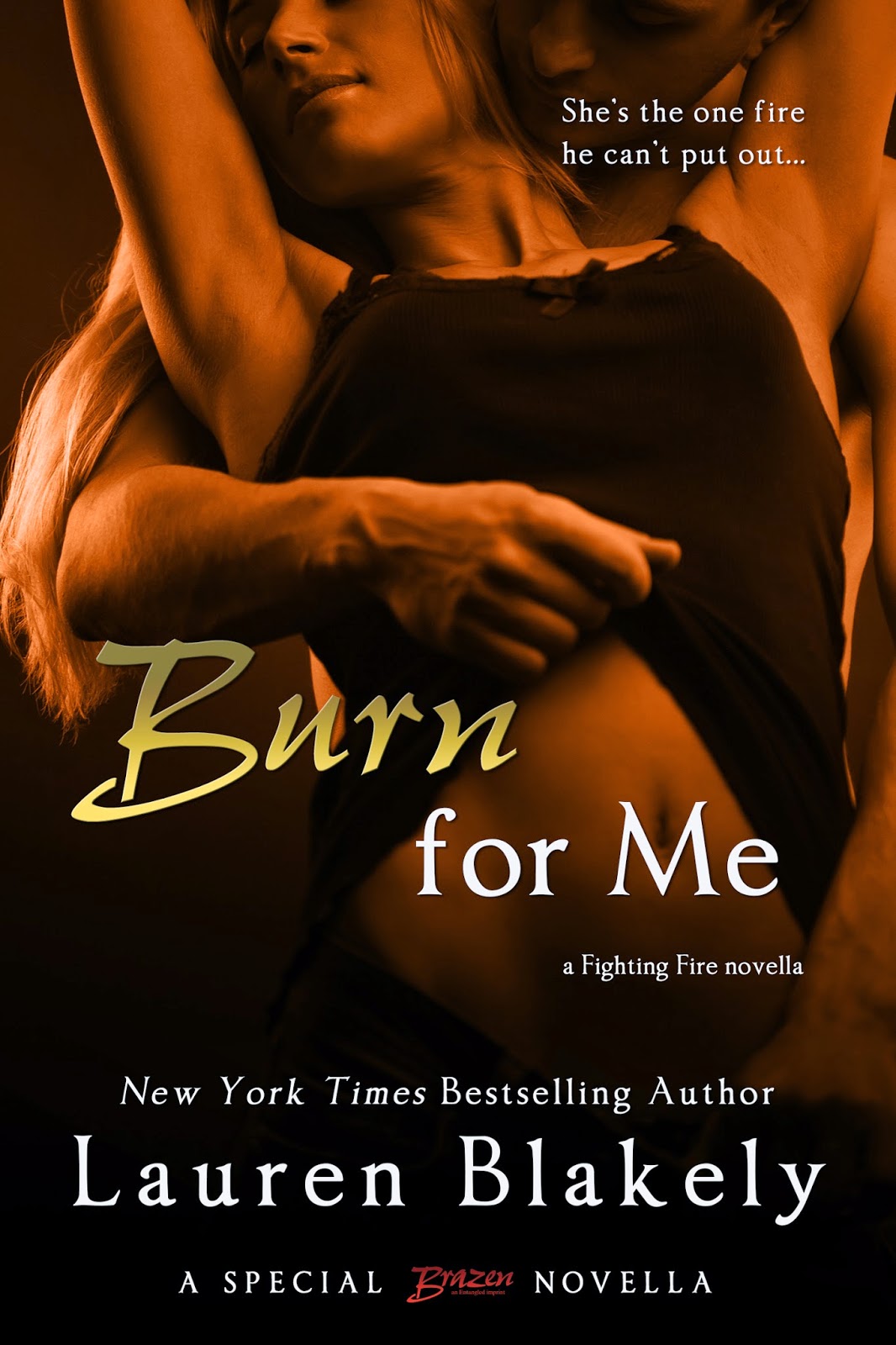 Jamie Lansing has had it bad for firefighter Smith Grayson for as long as they’ve been friends. Yes, he’s ridiculously charming and she might stare a little too long at his abs, but his dirty-talking, rough-around-the-edges ways aren’t for her. Plus, she knows that as a serial dater, Smith isn’t the type to settle down. But then a terrible, fantastic, mind-blowing mistake leaves her body craving more than one night.

Smith Grayson has only ever had eyes for one woman in town—his best friend Jamie. But convincing her a relationship between them will work is next to impossible with her refusing to see beyond his past. But when she asks for a week of no-strings-attached sex to get him out of her system, Smith knows this is his one chance to prove he’s not just the man she needs in her bed, but the man she needs in her life.

Fighting Fire Series:
Burn for Me
Melt for Him
Consumed by You

Review:
There is a lot to like about Lauren Blakely's latest spicey novella Burn for Me and I enjoyed reading it. As with any book in Entangled's Brazen line there is plenty of heat to this story, Smith sure is one sexy fireman and Jamie is a lucky, lucky girl!

Jamie and Smith have been friends since he moved to town a few years ago, they spend a lot of time together going bowling, drinking and just generally having fun. As much as Jamie loves Smith as a friend and is incredibly attracted to him she just doesn't see him as relationship material. Her sister married a man just like him and it ended in disaster when he broke her heart so Jamie is incredibly wary of dating a player. Smith may have dated quite a few women but he never makes promises he can't keep and he's remained friends with all his ex-girlfriends because of that. He has been crazy about Jamie for a long time and all he wants is a chance to prove to her that he's really her perfect man. After they finally give into their lust for each other Jamie asks Smith for a week long fling hoping she can get him out of her system but Smith is determined to use that week to prove to her just how good life would be if they were a couple.

I love a friends to lovers story and I have a bit of a thing for firemen so I knew I wanted to read Burn for Me the moment I heard about it. Having read Lauren Blakely's novel Night After Night I was expecting some fantastic chemistry and really hot sex and I wasn't disappointed. I loved the connection between Smith and Jamie, both the emotional one and their physical attraction. I did find myself getting frustrated by Jamie's continually changing thoughts about them as a couple though, on one page she'd start talking like she wanted more and I'd think she'd made a breakthrough but then the very next page she'd be doubting him again. I wouldn't have minded this happening a couple of times but it went on for way too long and then there was some completely unnecessary drama thrown in at the end just to cause extra tension. It was so obvious that Smith was a nice guy and not the kind of man who would cheat on a girlfriend and considering Jamie has been friends with him for such a long time I struggled to believe she would think so badly of him. I wanted more of them spending time together and having fun and could have done with less of the back and forth.

That's not to say I didn't enjoy the story though and I think the things I had an issue with won't bother everyone as much as they did me. Burn for Me was a solid start to the series and I liked the side characters we were introduced to (who I believe will be the main characters in the next book). I'll definitely be checking out the next book when it is released and in the meantime I'm planning on reading more from this author's back list. 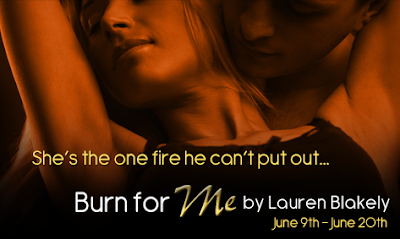 As part of the blog tour Entangled Publishing are giving away a $25 Victoria Secret Gift Card. The winner will be announced via Rafflecopter and be contacted directly by Entangled so they can arrange sending out the prize.