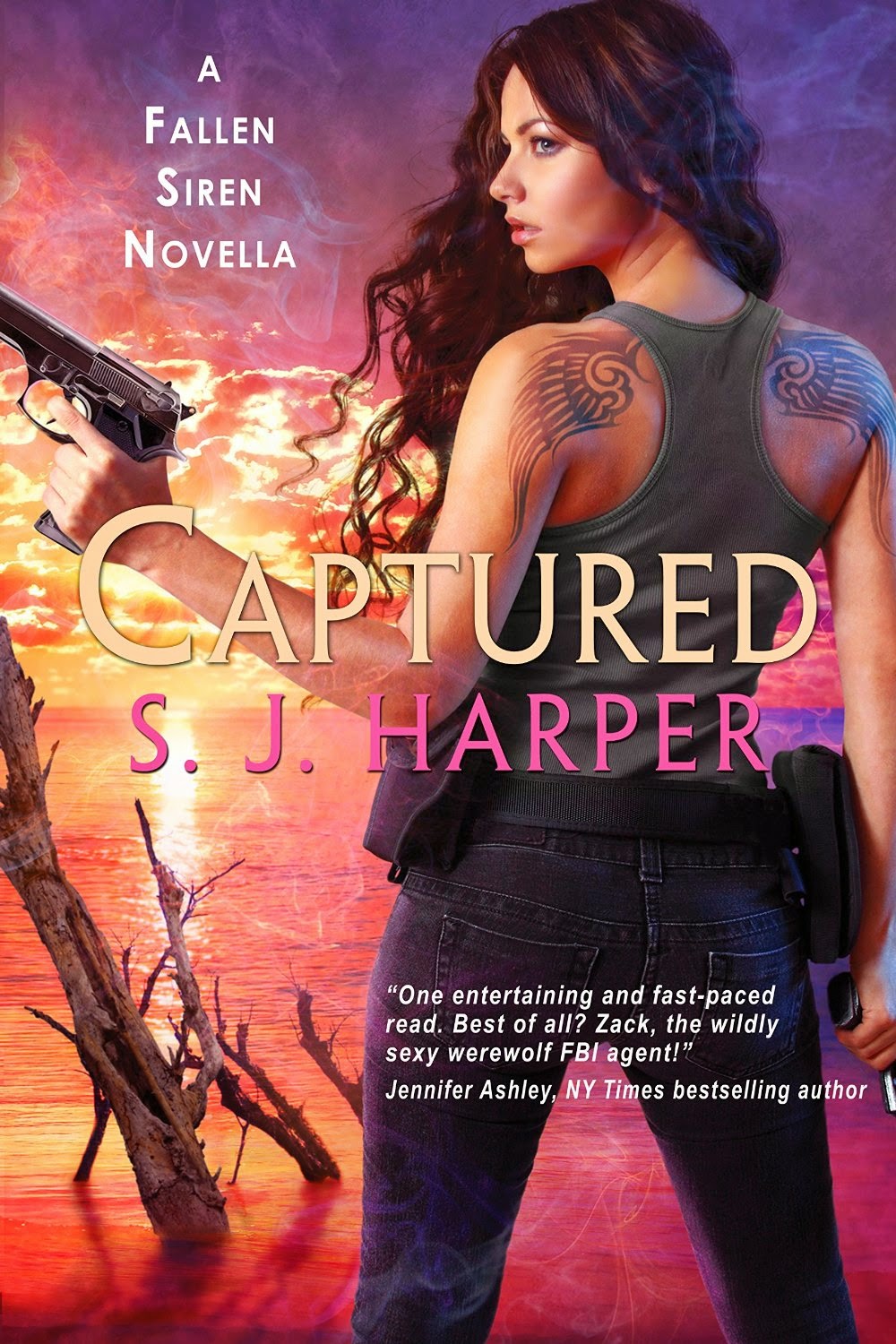 Emma Monroe is a Fallen Siren, cursed by the gods and banished to Earth for her failure to prevent the kidnapping of Persephone. She’s had many names and many lives, but only one mission: redemption. Now she works for the FBI and is on temporary assignment in Charleston. Solving this next missing persons case could be the key to ending her ancient curse—unless the temptation that’s her new partner gets in the way.

Zack Armstrong is a Werewolf. Tall, dark, and dangerous, he currently works for one of the bureau’s elite Child Abduction Rapid Deployment teams. In many respects the man is every bit as mysterious as his secret and perilous past. But there are two things he’s certain about, that he’s going to get his man and his woman.

When Zack finds himself suddenly shy a partner and a third child goes missing in Charleston, Emma goes from consultant to CARD team member in the space of a few hours. The abductions of the first two boys ended in murder, an outcome that neither Zack nor Emma can abide. As they race against time to track down the kidnapper and rescue the latest victim, they find themselves fighting something just as treacherous—a growing attraction that can’t be ignored or denied.

Review:
I really enjoyed the Cursed when I read it last year so when I was offered a review copy of the prequel novel Captured I jumped at the chance of reading it. Captured may be a prequel but at around 170 pages you certainly get plenty of story and I really enjoyed getting to see Emma and Zack's first meeting. If you are new to the Fallen Siren series then you can definitely start here, you'll even find an extract of Cursed included at the end so you can make a start on it immediately after finishing this. Captured is a fab introduction to the series and it's one I'm really looking forward to continuing.

For those that haven't come across these books before the main character is Emma, a siren who was cursed by the god Demeter and who has spent centuries trying to atone for her sins so that the curse will be lifted. Emma works as an FBI Agent and her current case involves her travelling to Charleston to help find a kidnapped child. Cooper is the third child to be taken and the previous two were found murdered so the FBI need to work fast if they are going to find him alive. Emma has been brought in to work alongside another agent, Zack, and the chemistry between them is sizzling from their very first meeting. Zack is not just an FBI agent, he's also a werewolf, but he doesn't know that Emma is a siren and she will do whatever it takes to keep it a secret from him. Emma may be attracted to Zack she has very good reasons to avoid getting into any kind of relationship and she is determined to keep him at arm's length no matter how charming he is or how much she wishes she could take things further.

Although we get a little information about the curse placed on Emma and what that means for her life this prequel focuses much more on introducing the main characters and showing how well they work together. Don't worry though because you'll get a lot more detail about the supernatural side to the world in the next book and there is enough here to give you a good idea of what to expect from the series. Anyone who has already read Cursed will know that Emma and Zack had worked together previously and I really enjoyed seeing that in a lot more detail. I also liked the mystery of who was behind the kidnappings and didn't put everything together until about the same time that Emma and Zack started to figure things out.

Captured is a nice introduction to the series for newbies but it was also a great way of giving fans of Cursed more background information about the main characters. It helped to tide me over until the next novel, Reckoning, is released in October but it has left me eager to spend more time with these characters.