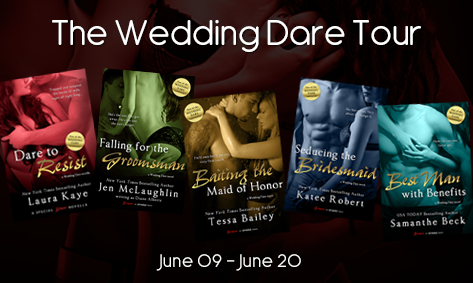 I'm thrilled to be taking part in the blog tour to celebrate the release of the multi-author Wedding Dare series. I already posted my review of the prequel novella Dare to Resist by Laura Kaye (you can read it here) but my reviews for the remaining four stories will be going up throughout the day today so make sure you keep checking back to read them!

In this post I wanted to give you a little extra information for all of the stories and share the book trailer and the fantastic giveaway that the authors have put together for you.


Dare to Resist by Laura Kaye 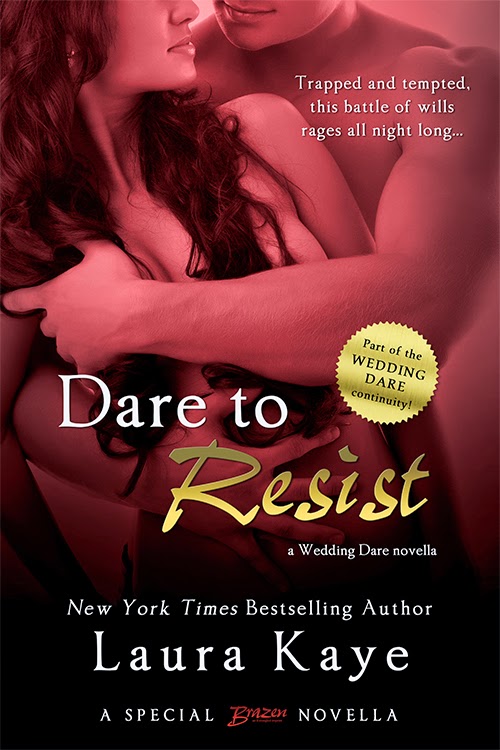 Trapped and tempted, this battle of wills rages all night long…

Kady Dresco and Colton Brooks click on a level that defies logic. There are only two problems. One, he’s her older brother’s irritating best friend, and two, they're bidding on the same military security services contract.

When the competition heats up, Colton is torn between wanting to strangle Kady (and her annoying brilliance) and kissing her into submission. Which is a bad idea for a million reasons, because Kady’s submission is exactly what he craves. Being trapped in a tiny motel room with the object of his darkest fantasies will require every ounce of his restraint.

Kady doesn’t want his restraint, but Colton knows better. She deserves love, marriage, and a white picket fence—three things Colton can’t give her. But her proximity and the memory of their steamy near-miss three years ago slowly destroys his resolve. And he’s not sure how much longer he can keep his hands off…or his heart closed.


Falling for the Groomsman by Diane Alberts 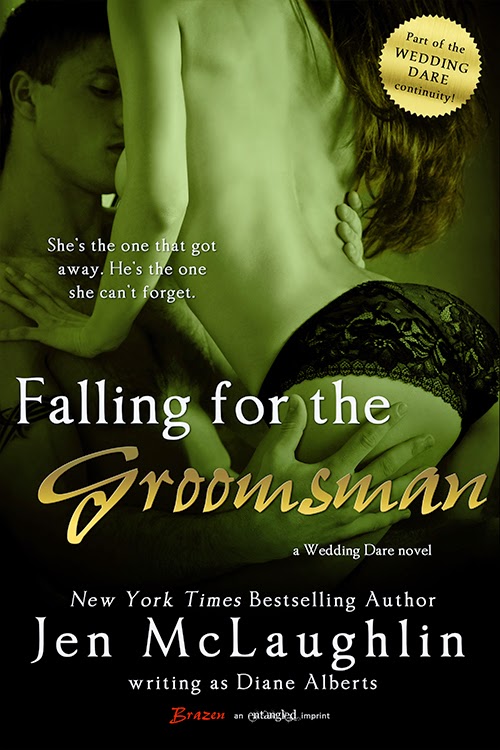 Photojournalist Christine Forsythe is ready to tackle her naughty little to-do list, and who better to tap for the job than a hot groomsman? But when she crashes into her best friend’s older brother, Christine realizes her list needs updating. And fast. Tyler Dresco took her virginity during the best night of her life, then bolted. Now that they’re trapped together at a destination wedding, she’s going to get her revenge.

Tyler has never forgiven himself for how completely he lost control all those years ago. Being in Christine’s arms had felt right...until he realized what he’d taken from her in the hallway of a cheap motel. And oh, how she’s making him pay for it now. The insatiable heat between them has only grown stronger, but every time things heat up, Christine walks away.

With every encounter, things go a little bit further until Christine’s caught in her own trap of seduction. And before their time’s up, Tyler’s not the only one wanting more...


Baiting the Maid of Honor by Tessa Bailey 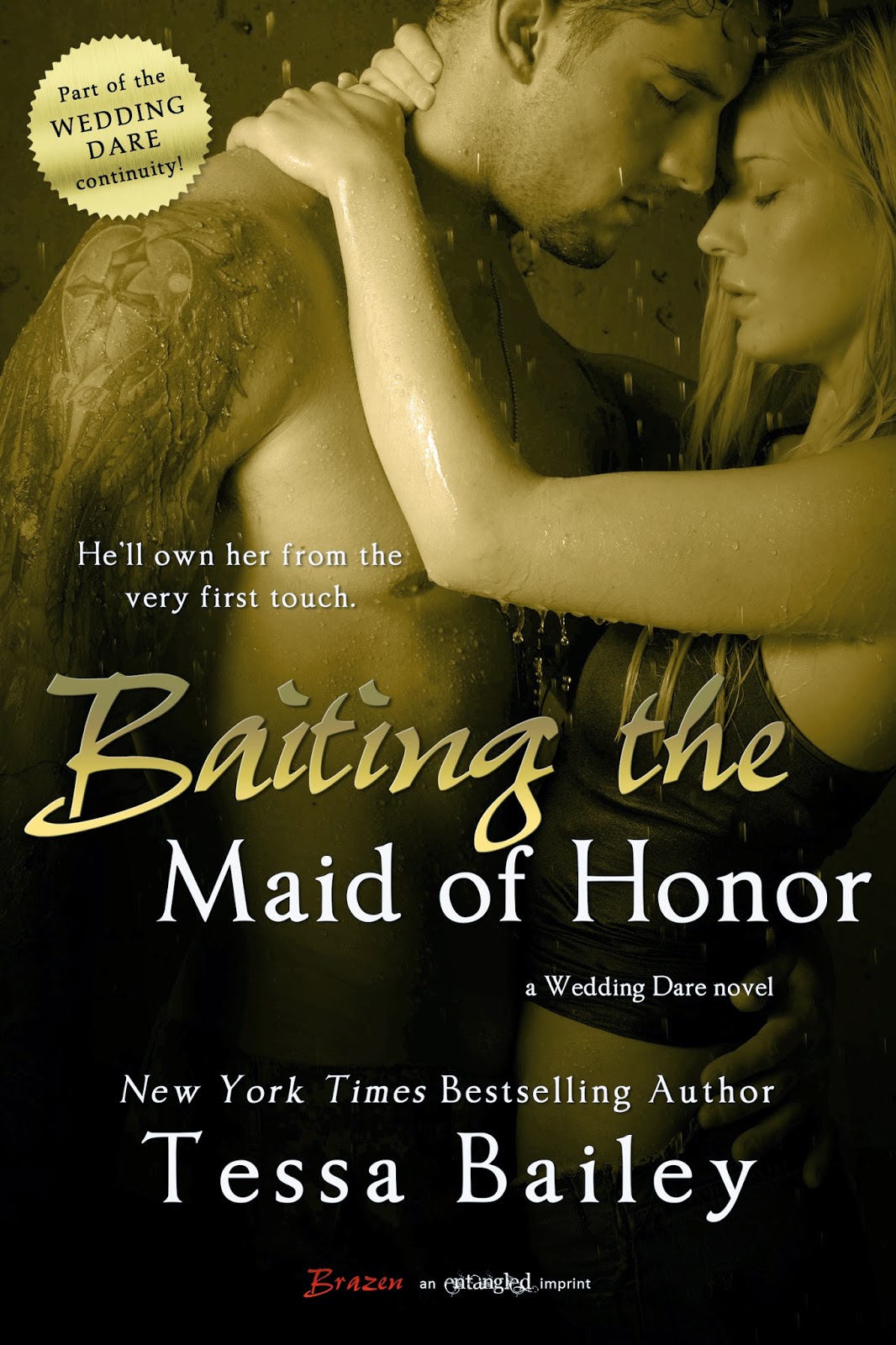 He’ll own her from the very first touch.

Julie Piper and Reed Lawson have nothing in common. She’s a people-pleasing sorority girl hiding behind her perfect mask. He’s a take-no-prisoners SWAT commander who isolates himself from the world. But when they’re forced together at their friends’ posh destination wedding, one thing is clear—Reed wants Julie more than he wants his next breath. Which is why he’s not about to stand by when she’s dared to seduce another man.

Julie wants neat, tidy sex, so she could get back to what she does best—making everybody else happy. She never expected to slip into a dark bedroom and have her mind blown by rough, demanding hands, and a sinfully filthy mouth—neither of which belong to the best man.

One night should have been all Reed needed to get the blond temptress out of his system, but when one taste is nowhere near enough, he’ll be forced confront the effects of his hellish past. One that may push Julie away forever...just when he realizes he can't live without her.


Seducing the Bridesmaid by Katee Robert 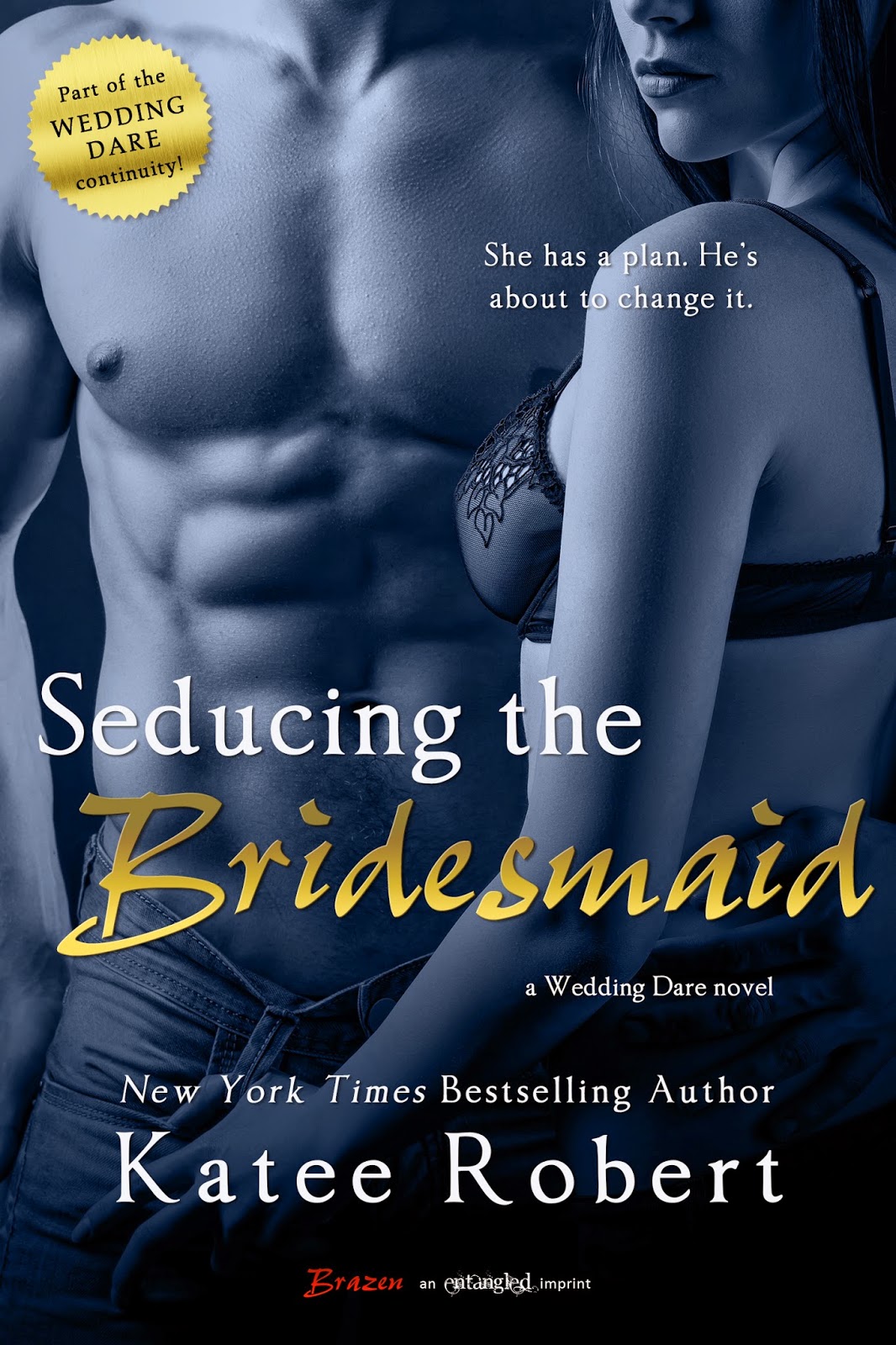 She has a plan. He’s about to change it.

Regan Wakefield is a headhunter in both name and personality: driven, motivated, and unafraid to pursue what—and who—she wants. Naturally, she’s thrilled when her friend's wedding offers her an opportunity to score Logan McCade, the practically perfect best man. Unfortunately, groomsman Brock McNeil keeps getting in her way, riling her up in the most delicious of ways. But Brock’s smooth southern charm isn't part of the plan...so how exactly did they end up having searing-hot sex? 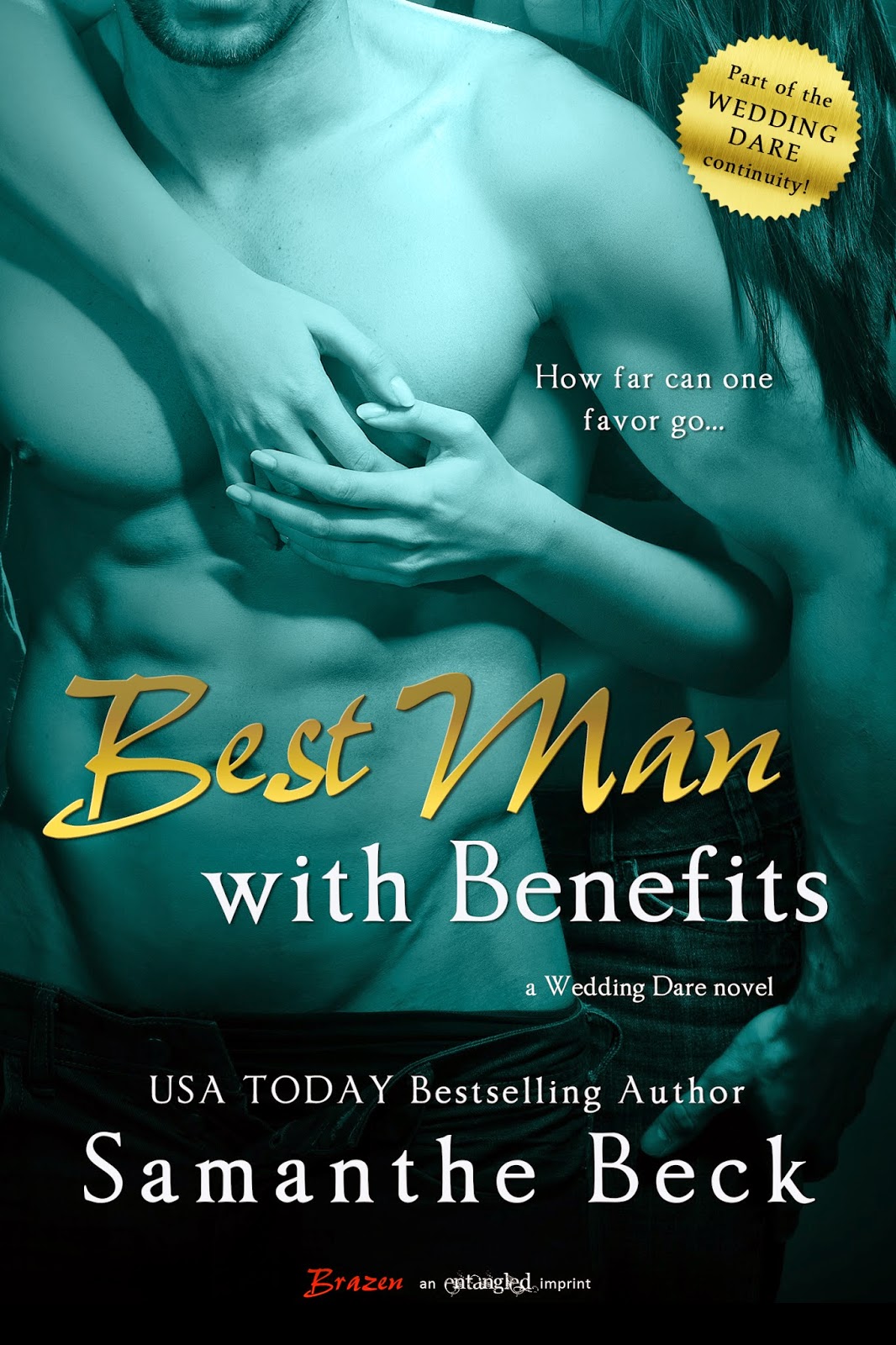 How far can one favor go...

Logan McCade arrives at his best friend’s wedding overworked and in desperate need of a vacation, only to discover his best man duties have been...expanded. He must coax Colton’s sister out of her shell, or risk her hiding in her room all week. Logan figures he can handle one introverted bridesmaid, but he’s not expecting how much he enjoys “handling” Sophie…or how much she enjoys being handled.

Socializing has never been web designer Sophie Brooks’s strong suit, but she’s determined to shed her wallflower image and embrace the “New Sophie”—a feat made easier with the supremely sexy Logan McCade tempting her to explore all her forbidden fantasies. If she’s not careful, she just might fall for the best man.

Sophie’s sweet, sexy, and delectably awkward demeanor brings much-needed calm to Logan’s hectic life. With the nuptials only days away, Logan is forced to face the possibility that his favor to a friend might have become something else entirely…and that he’s not willing to let Sophie go. Ever.

Entangled and the authors have clubbed together to come up with a fantastic prize pack for one lucky winner, who will receive a gift card, a Tiffany necklace and an adult toy! The winner will be announced via rafflecopter and contacted directly by Entangled so they can arrange sending out the prizes.