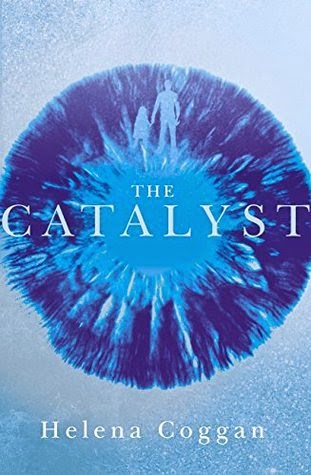 Rose Elmsworth has a secret.

For eighteen years, the world has been divided into the magically Gifted and the non-magical Ashkind, but Rose's identity is far more dangerous.

How much does she really know about her family's past? And, if the time comes, will Rose choose to protect her secret, or the people she loves?

Review:
It's been eighteen years since scientists accidentally tore a hole in the universe and changed the world forever. Humanity is now divided in two - the Gifted who are capable of magic and Ashkind who aren't. The world was turned upside down in a moment and things quickly escalated into a full on world war. Things are slightly calmer now though, the government has regained control and the Department plays a huge role in keeping the peace but there are still dissenters who believe that the Gifted and Ashkind should live separately, people on both sides who believe they should be the rightful rulers and who aren't happy with the way the war ended.

Rose's father works for the Department, in fact he pretty much set up the place, so she has been practically raised as part of the agency and has always intended to work for them when she grows up. But Rose and her father have a secret, one that could get them both killed if they are ever discovered, so when she is blackmailed by a convicted murderer she has to decide whether she is willing to betray the Department to protect herself and her father.

Helena Coggan wrote the first draft of The Catalyst when she was just 13 years old and now, at 15, she is a published author. I have to give her a huge amount of credit for that because it's an incredibly impressive achievement! I'm going to admit I was a little sceptical going into this one, I just wasn't sure what to expect considering the author's age and I worried that the writing might be a bit basic and too young for me. I'm happy to say I was very impressed, if I hadn't known beforehand I would never have guessed this book was written by a teenager. Helena Coggan has a brilliant writing style that I would say is far beyond her years, her descriptions, sentence structure and concepts were way beyond anything I expected and the story is incredibly easy to read. It's the kind of book that keeps you completely hooked and constantly turning the pages and I was able to devour it very quickly.

Rose is a likeable character, I liked the fact she's a pretty normal girl and I really loved the relationship she had with her adoptive father. The two of them are incredibly close and I enjoyed seeing their interactions but I think that made it harder to understand why she didn't go to him for help when she first found herself in trouble - especially since it was their joint secret that was at risk of being exposed. I was able to put that to one side fairly easily though and I enjoyed seeing Rose's opinions of the world change as she learned more information about both her father and the Department and realised that not everything was as it seemed. She is smart enough to work things through for herself and she always does what she thinks is right even when it means taking the harder path.

Right up until about halfway through the book I was all prepared to give this book a rave review but that's when things started to go wrong. Considering all the things Rose had done that were basically a complete betrayal of her father and the Department I couldn't understand why there were no consequences for her actions. It was more than a little ridiculous that they welcomed her back with open arms and it completely negated everything that had happened up until that part of the story. What was the point of everything we'd just read about? There really wasn't one and that just made me feel cheated. I'm afraid from that point on the story kind of lost me because if there aren't going to be consequences to Rose's actions then I stop feeling the danger of any new situations she finds herself in. The story continued to move along at a fast pace, in fact things really ramped up a gear towards the end, but I'd lost all connection to what was happening and didn't really care any more.

I don't think it helped that the constant point of view changes (which I have to admit were pretty jarring even in the beginning) only increased towards the end of the story. I found myself struggling to figure out which character's POV we were reading and having to keep rereading the beginning of new sections trying to work out what was happening. The choppy style made it harder to follow what was going on and meant I lost interest even more. Now I don't want to come across as completely negative here because the story definitely had it's good points and Helena Coggan has a huge amount of potential as an author, if she is capable of writing The Catalyst now I can't wait to see what she comes up with in the future. I have a feeling that this is going to be the first book in a series and if that's the case I will definitely be reading the next book and I have high hopes that the problems here will be ironed out in future instalments.