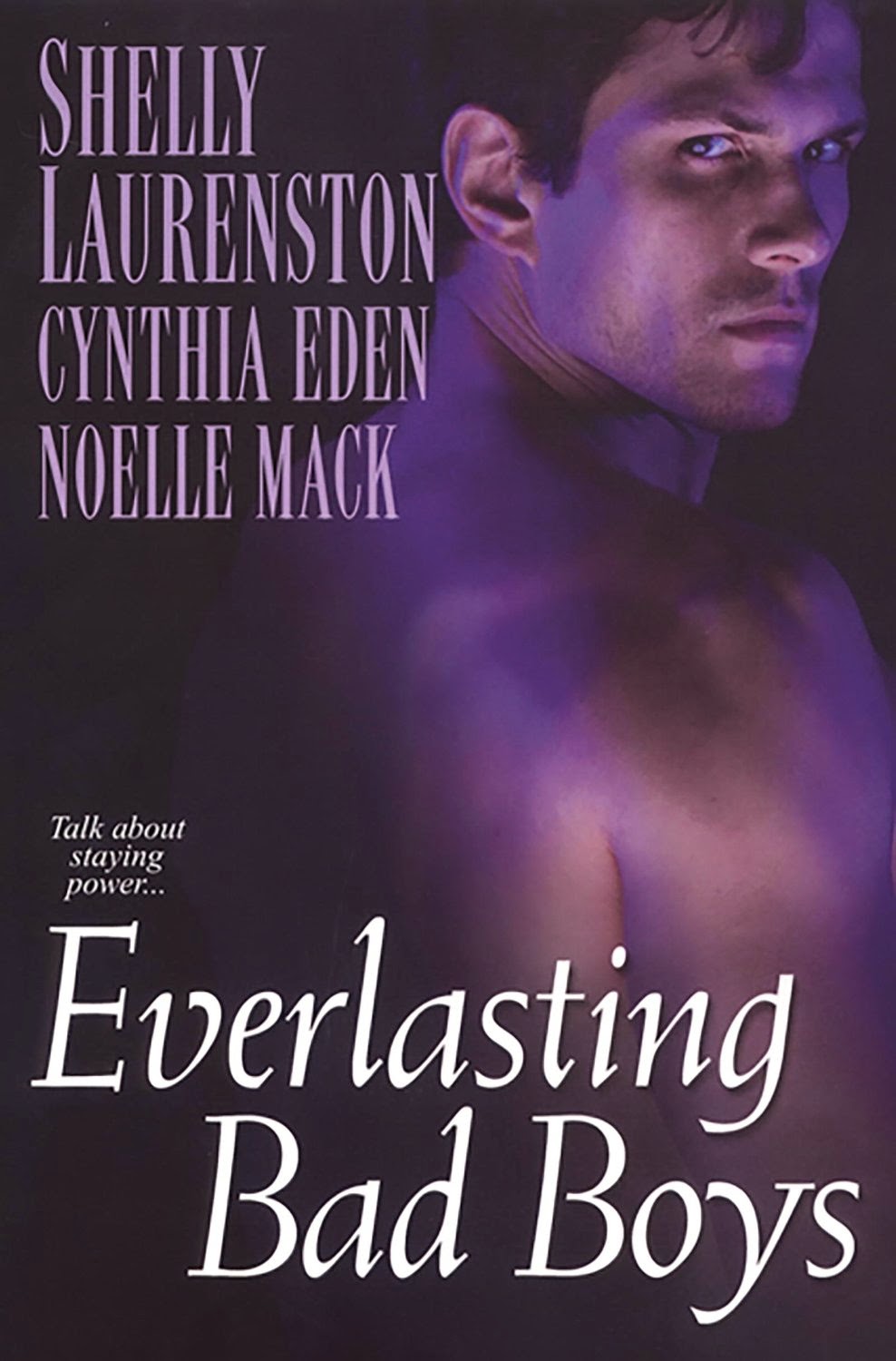 They're bad boys--with that little something extra. Sexy, wild, out-of-this-world talents that can leave any woman feeling weak at the knees (among other body parts), they're the ones to call when you want pleasure that lasts . . . and lasts . . .

Even for a dragon, Ailean the Wicked has a bad reputation. For 150 years he's been renowned for his fighting prowess, but now he's got a new conquest in mind--a gorgeous dragoness known as Shalin the Innocent. Ailean suspects she's anything but. And while he's saving her from her enemies, he plans to prove that, even in human form, a bad-boy dragon can show a girl a good time that's truly off the scale . . .

No witch in her right mind would summon an immortal soul-hunter to her aid, but Serena Tyme needs Luis D'Amil's help to destroy the warlock who's stalking her coven. And she's willing to pay any price he names. . .especially when the tall, dark, sexy-as-hell assassin shows her he can work some sensual magic of his own . . .

Turn Me On Noelle Mack

Finally, Beth Danforth has found a man who can flip her switch. That's because supersexy Justin Watts, CEO of SpectraSign, is literally made of light. His dazzling, custom-built body can't ever wear out. And talk about energy--Beth can't get enough of the guy. The sex is electrifying. The love will never fade away . . .

For more information about any of these authors you can visit their websites by clicking the links below:
Shelly Laurenston (aka G.A. Aiken)
Cynthia Eden
Noelle Mack

Review:
I only really picked up this anthology for the Dragon Kin story by Shelly Laurenston (aka G.A. Aiken) but I thought I'd give the other stories a chance and I'm glad I read them all. Spellbound and Turn Me On were both enjoyable stories and it was nice to be able to try out a couple of new authors. Can't Get Enough was definitely my favourite story of the bunch though and I think this anthology is worth picking up for that alone if you're a fan of the Dragon Kin series.


Can't Get Enough by Shelly Laurenston (aka G.A. Aiken)

Having already read Dragon Actually (and the novella included in that book Chains and Flames), I had already met both of the main characters from Can't Get Enough. In fact Ailean and Shalin are the grandparents of Fearghus and I was quite curious to see how they'd met and fallen in love considering how different their personalities are. I knew immediately that I was going to love Ailean, he's a complete player and absolutely unapologetic about that fact. He's the kind of guy who has always known what he wants and happily goes out to get it but when he falls he falls hard and he now only has eyes for Shalin. Shalin is much shyer and more reserved, all she ever wanted was to be left alone with her books to get on with her studies but Ailean is a temptation she can't ignore no matter how much trouble he might get her in.

As much as I enjoyed the relationship between Ailean and Shalin (and that was a lot!) I think what I enjoyed most about this story was Ailean's crazy family. He's from a large and boisterous family where everyone has an opinion and they all think they have the right to interfere in each others lives and I just love that. I'm from a small family myself so I love seeing that interaction and close connection that the dragons all have. It is hilarious seeing the family squabble and tease each other but when it comes down to it they have such a strong bond and will always unite together against anyone who crosses them. They're quite a bloodthirsty bunch too so I'm hoping we get to see them causing plenty of trouble throughout the Dragon Kin series.

Serena and her coven are being targeted, her friends are being picked off one by one by a warlock who is trying to steal their powers and she's getting desperate. Desperate enough to call for help from a Cazador - a powerful soul stealer whose duty is to protect the world from supernaturals who use dark magic - but she knows that help will come at a price. Luis isn't happy when Serena summons him but when he discovers the situation she is in he knows he has to help her, it doesn't hurt that he finds the witch incredibly sexy either.

These two had great chemistry from the beginning so although their relationship moves quite quickly I didn't have a problem with it. I enjoyed seeing them fight together as they hunted Serena's enemy and I thought they suited each other. This was a quick and fun read and I wouldn't mind revisiting the characters in the future.


Turn Me On by Noelle Mack

Turn Me On is a difficult story to review, in some ways I really loved it but in others I felt a little let down. I liked the main characters and enjoyed the interaction between them and I absolutely loved finding out more about Justin's past and where he came from however I think there were far too many unanswered questions and it was hard to accept how quickly Beth believed everything he told her. Towards the end the story took a turn into the completely ridiculous and we didn't get a full explanation on how things happened or why Justin did what he did. It just didn't make sense to me and that made it hard to believe the way their relationship moved forward from that point.

This story really did have so much potential though and I think if it had been a full length novel with a little more depth and background then I would have absolutely loved it. I don't believe that this is part of a series but if the authors revisited these characters or this world then I'd be very tempted to give it her another chance to win me over.