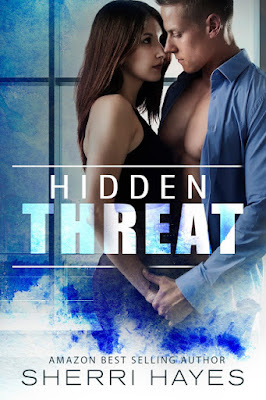 ***This book was originally published under the same name in 2010. It has been rewritten, re-edited, and contains over 15,000 words of new content.***

Cali Stanton has one goal in life, being a doctor. She has spent the last two years helping the less fortunate in Africa. It’s a job she loves and intends to do for the foreseeable future. That is until she receives a call from her father saying he’s been injured and needs her back in Chicago. Less than a week later she finds herself behind her father’s desk at Stanton Enterprises, running the family business . . . something she never wanted to do. But how could she say no to her father when he insists that she is the only one he can trust?

Matthew Andersen and his brother, Jason, have spent the last two years managing security at Stanton Enterprises. However, someone is determined to take down the company and with it its acting CEO, Cali Stanton.

Cali and Matthew must work together to find out who is behind the threats to not only the company but to Cali herself while they fight their growing attraction for each other. Can they figure out the hidden threat before it’s too late?

Review:
Please note that this book was originally published in 2010 but my review is for the updated version of Hidden Threat (published in January 2016) which has been extensively rewritten and contains a lot of additional content.

Cali Stanton has never been interested in taking over her father's company, she's much more focused on her own career working for Doctors Without Borders in Africa, she loves everything about being a doctor, especially being able to help people who are less fortunate than she is. However, when she finds out her father was in an accident and will be out of commission for several months she agrees to come home on a temporary basis to look after things for him until he's back on his feet. Cali is really thrown in at the deep end, she knows very little about running a business, so the endless meetings and numerous spreadsheets are completely overwhelming but on top of that she has to try and help her father's security team figure out why the company is being targeted and how so many of their deliveries are being hijacked before they reach their destinations.

Matthew Anderson is the head of security for Stanton Enterprises, Cali's father brought him and his brother, Jason, in to investigate the missing shipments but they're still struggling to uncover exactly what is going on. They have increased security and been able to protect some of the latest deliveries but they know someone fairly high up in the company must be involved somehow and leaking information and it's not easy trying to pin down who. As the threats become increasingly personal and Cali's life is put at risk it is up to Matt to try and keep her safe but can he figure things out in time?

I had high hopes for this novel since I usually love Sherri Hayes' writing so this should have been an instant hit. Unfortunately it didn't quite live up to my expectations and although both the main characters were fairly likeable there were too many things that didn't quite fit together for this to become a favourite new story. I think my first issue was with Cali taking over her father's company, it just seemed utterly ridiculous for him to hand the reigns over to her when she had absolutely no clue what she was doing. She may be a brilliant doctor but that doesn't qualify her to run a multinational corporation and it didn't make sense that he would expect her to be able to walk in and just get on with things, especially when he had a member of staff on hand whom he had been training to take over when he retires. As it turned out her father's assistant had to do most of the work for her so it would probably have been better to leave her in charge!

Then you have the attraction between Cali and Matt, I get that they were trying to be professional and not have an employee / employer kind of affair and to be honest I respected them for that but they acted like a pair of hormonal teenagers which irritated me no end. From the very first time they saw each other pretty much all they could think about was how sexy the other person was and how much they wanted them, they practically started drooling whenever they were in the same room with each other and it got incredibly frustrating and quite boring being stuck inside their heads for the same thoughts over and over and over again. It improved a lot when they finally gave into temptation though and I can't deny that they had great chemistry but by that point I was already struggling.

The mystery side could have been really good and there were parts of it that were unexpected but the I'd pegged the main bad guy incredibly early on. It wasn't difficult since there was a very limited pool of suspects, in fact there is only one person I can actually think of! I kept hoping I would be wrong and that there would be some kind of twist to it so I was sadly disappointed by the ending. The book isn't all bad though, there are some very sweet moments between Cali and Matt, I enjoyed getting to know some of the side characters and the story had plenty of humour it was just lacking the sense of anticipation and worry that I normally expect from romantic suspense. This may not be my favourite Sherri Hayes book but I'll still planning on reading A Christmas Proposal, a short story featuring this couple set after the end of Hidden Threat, and I'll definitely be keeping an eye out for new releases from this author.