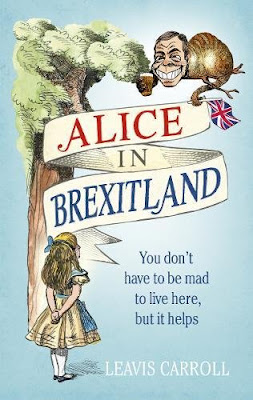 Lying on a riverbank on a lazy summer’s afternoon – 23rd June 2016, to be precise – Alice spots a flustered-looking white rabbit called Dave calling for a referendum. Following him down a rabbit-hole, she emerges into a strange new land, where up is down, black is white, experts are fools and fools are experts...

She meets such characters as the Corbynpillar, who sits on a toadstool smoking his hookah and being no help to anyone; Humpty Trumpty, perched on a wall he wants the Mexicans to pay for; the Cheshire Twat, who likes to disappear leaving only his grin, a pint, and the smell of scotch eggs remaining; and the terrifying Queen of Heartlessness, who’ll take off your head if you dare question her plan for Brexit. Will Alice ever be able to find anyone who speaks sense?

Visit the Alice in Brexitland page on Goodreads for more information.

Review:
Alice in Brexitland is a hilarious parody that tells the events surrounding the referendum in the form of Alice in Wonderland. Poor young Alice makes the horrible mistake of following David Camerabbit down the rabbit hole and quickly finds herself in a world that doesn't make sense anymore. The tale follows Alice's journey through Brexitland as she is introduced to characters like the Corbyn-pillar, the Cheshire Twat and Trumpty Dumpty. The characters are all instantly recognisable as both the fictional version from the original story as well as the real life politician they represent and they've been very cleverly written to show their biggest personality traits.

The book also includes wonderful illustrations that again follow the format of the originals but have been edited to fit the new characters created for this parody.

I coud have included quotes from practically every page but I've seen a lot of my favourites in other reviews already and I don't want to spoil the best jokes for anyone so I'm going to limit it to just this one:

How doth the politician lie
To burnish his career
And with his bogus slogans try
To bend the voter's ear!

I know I'm not the only one who feels a bit like they fell down the rabbit hole in this last year so I laughed out loud the whole way through reading Lucien Young's take on events. This really does highlight some of the most shocking events from British and American politics over the last year and it probably hits a little close to the bone for some of us "remoaners" but if we can't laugh about the state of the world right now I'd probably have to cry and this was the perfect laughter inducer. 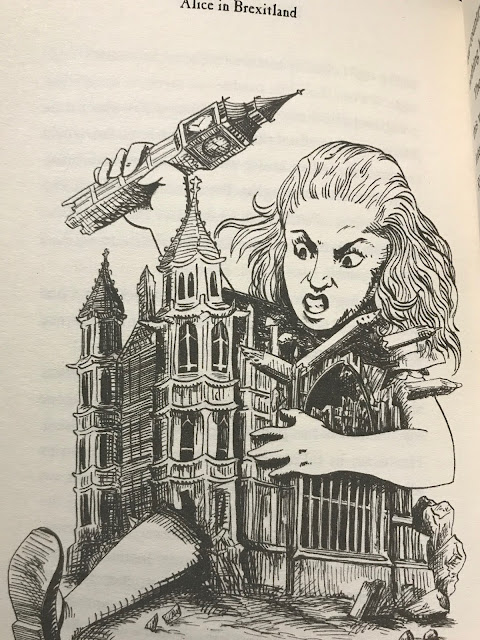